June 7, 2022
Ellen Byron, author of Bayou Book Thief, joins us to discuss some of the legendary women who helped shape the New Orleans restaurant scene.

For decades, patrons of the New Orleans landmark restaurant Commander’s Palace were greeted by the beaming smile of proprietor Ella Brennan. Prompted by her leadership, the quaint Victorian eatery perched on a picturesque corner of the Garden District across the street from a centuries-old cemetery became an award-winning purveyor of Creole haute cuisine.

Ella was that rare culinary creature, a woman enormously successful in a field dominated by men. She lived for her restaurant—to the extent that she eventually relocated from a mansion a few blocks away from Commander’s to one right next door to the restaurant.

“Miss Ella,” who passed away in 2018 at the age of 93, inspired me to create Genevieve Charbonnet, the late woman restauranteur whose former home has been turned into a culinary house museum in Bayou Book Thief, the first book in my Vintage Cookbook Mystery series. But Ella Brennan wasn’t alone in forging a path for New Orleans’ women restauranteurs. She’s joined in this elite pantheon by other impressive women, including Ruth Fertel of Ruth’s Chris Steak House, and restauranteur-chef and civil rights activist Leah Chase. “All three women are connected with the special image of hospitality that frames New Orleans,” says Kevin McCaffrey, the award-winning documentary filmmaker of We Live to Eat: New Orleans’ Love Affair with Food.

Ella Brennan not only couldn’t cook, she had absolutely no desire to. Bored by secretarial school, she began working in her brother Owen’s restaurant at age eighteen. She absorbed every detail about running a restaurant and eventually poured everything she learned into the iconic French Quarter restaurant, Brennan’s. When a family feud pushed her out at Brennan’s, she applied her talents to Commander’s Palace, where she championed a fresh approach to native Louisiana cuisine and nurtured star chefs like Paul Prudhomme and Emeril Lagasse, who was only twenty-three when Ella entrusted him to helm the Commander’s kitchen.

“Miss Ella” was legendary for her warmth and down-to-earth nature. “Locals often waiting for tables would sit with Ms. Ella and enjoy their pre-dinner drink while she regaled them with stories and know-how, which was followed by the best service in America, as recognized by national awards,” says documentarian McCaffrey. Occasionally known by the alternate nickname of “Hurricane Ella,” she could also be tough and demanding. And she was outspoken. When Commander’s won that 1993 national award for outstanding service from the James Beard Foundation, she accepted by declaring to thunderous applause, “I accept this award for every damn captain and waiter in the country.”

Of Commander’s Palace, she famously said, “I don’t want a restaurant where a jazz band can’t come marching through.” As a recent guest at  Commander’s weekend Jazz Brunch, I can personally confirm that this tradition lives on in all its brassy glory. 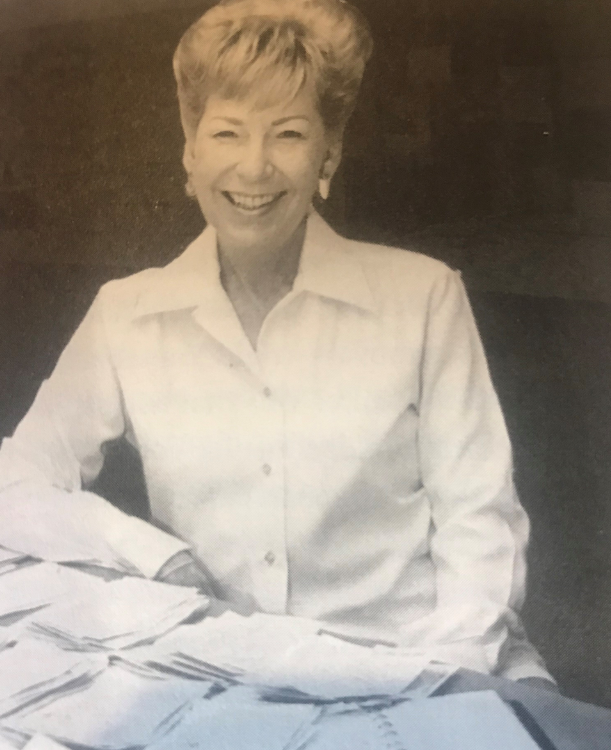 In 1965, Ruth Fertel was a divorced single mother who realized her salary as a lab technician wouldn’t cut it when it came to paying college tuition for her two sons. Against everyone’s advice, she purchased a small, floundering New Orleans restaurant called Chris Steak House, named for its original owner. Worries about this potentially dicey business move seemed well-warranted at first, when Ruth didn’t think to factor the cost of food and renovations into her original loan application. And similar to Ella Brennan, Ruth had little kitchen experience. But like her female culinary compatriots, she was an incredibly hard worker and a fast learner with impeccable restaurant instincts.

By 1976, the popular restaurant moved to a new, larger location. Contractually stuck with the name “Chris Steak House,” she countered by adding her own name up front, bumping the original owner’s name into second position. In 1977, a loyal customer tired of the drive from Baton Rouge to New Orleans for his favorite meal, sought and gained permission from Ruth to open an outpost of her restaurant in the state capitol. And thus one of the country’s most famous restaurant chains—Ruth’s Chris Steak House—was born. Supposedly, she hated the clunky name mash-up, and really, who can blame her? “Ruth sold her restaurant and brand for a small fortune, making her arguably the most successful businessperson much less businesswoman this side of Gayle Benson!” says McCaffrey, referencing the legendary owner of the New Orleans Saints.

A lifelong smoker, Ruth Fertel died of lung cancer in 2002 at the age of seventy-five. She was laid to rest in the ornate and so-very-New Orleans mausoleum she’d bought with a friend to the tune of $500,000. That’s a lot of steak dinners sold by this fearless female restaurant entrepreneur.

While Ella Brennan may be known as the grand dame of New Orleans’ restaurant royalty, Leah Chase owns the title of Queen of Creole Cuisine. She’s the only member of this illustrious trio who was able to claim “chef” on her storied resume. She’s also the only woman of color among the three, making her ascendancy through the Jim Crow South to the status of a revered icon even more powerful.

Born in a tiny rural Louisiana village in 1923, Leah and her family survived the Great Depression by living off produce they grew themselves. This instilled a hands-on knowledge of food she translated to the kitchen of the Treme neighborhood corner stand owned by the parents of her husband, musician Edgar “Dooky” Chase II. “Leah was always about the message of people coming back to the table, as she said in my film, We Live To Eat, and whenever anyone asked her philosophy,” McCaffrey shares. “This stemmed from growing up with a lot of siblings who were required to sit at the table by her parents and stay there until the plate was clean. If it was, she said, ‘You’d turn your plate upside down to be served cobbler or whatever desert there was on the flipped side!’”

In the 1950s, Leah and Dooky turned the stand into a sit-down restaurant they called Dooky Chase, with the goal of offering Black customers the kind of fine dining experience they were forbidden to enjoy at the city’s whites-only restaurants. By the 1960s, the restaurant became a critical meeting place for Black leaders of the civil rights movement. Today, the late Leah Chase, who passed away in 2019 at the age of ninety-six, is lauded almost as much for her role as an activist as for her beloved restaurant, which still features dishes based on recipes handed down through generations of her own family.

These three extraordinary women each blazed a trail in a city that can rightfully claim its place as America’s first foodie destination. There’s no actual culinary house museum in New Orleans like the one I created in my Vintage Cookbook Mystery series. But given the debt the Big Easy owes to Ella Brennan, Ruth Fertel, and Leah Chase, maybe there should be.

Twenty-eight-year-old widow Ricki James leaves Los Angeles to start a new life in New Orleans after her showboating actor husband perishes doing a stupid internet stunt. The Big Easy is where she was born and adopted by the NICU nurse who cared for her after Ricki’s teen mother disappeared from the hospital.

Ricki’s dream comes true when she joins the quirky staff of Bon Vee Culinary House Museum, the spectacular former Garden District home of late bon vivant Genevieve “Vee” Charbonnet, the city’s legendary restauranteur. Ricki is excited about turning her avocation – collecting vintage cookbooks – into a vocation by launching the museum’s gift shop, Miss Vee’s Vintage Cookbooks and Kitchenware. Then she discovers that a box of donated vintage cookbooks contains the body of a cantankerous Bon Vee employee who was fired after being exposed as a book thief.

The skills Ricki has developed ferreting out hidden vintage treasures come in handy for investigations. But both her business and Bon Vee could wind up as deadstock when Ricki’s past as curator of a billionaire’s first edition collection comes back to haunt her.

Will Miss Vee’s Vintage Cookbooks and Kitchenware be a success …or a recipe for disaster?
Filed Under: Bayou Book ThiefEllen ByronEssaysVintage Cookbook Mystery series

Ellen Byron is the Agatha Award–winning and USA Today bestselling author of the Cajun Country Mysteries. As Maria DiRico, she also writes the Catering Hall Mysteries.