The Killer Beside Me

As an author, they say you should write what you know. Oddly enough, for Joanna Schaffhausen, that just happens to be killers... 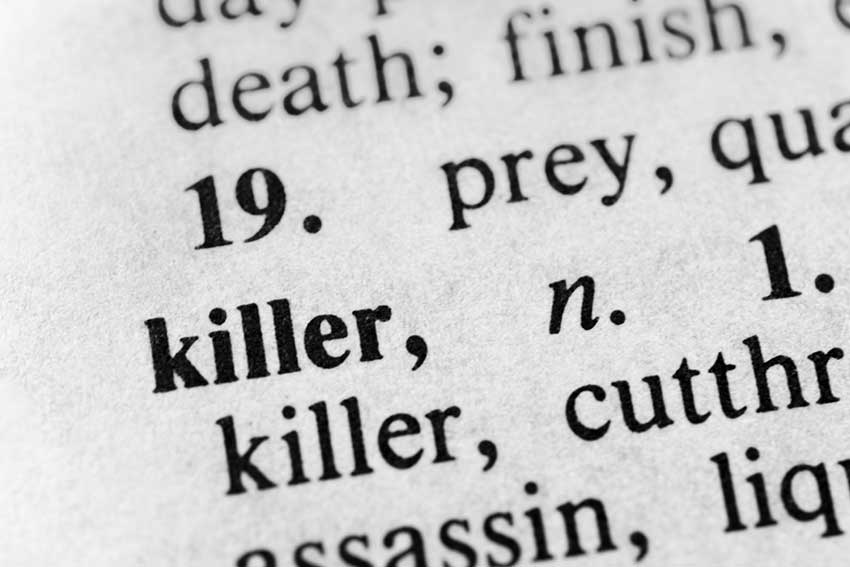 Have you ever met a murderer? I’ve brushed up against three infamous murder cases—each lurid enough to be fictionalized on programs like Law and Order and Cold Case. In the first one, I lived in the same dorm with Gina Grant, a young woman convicted at age fourteen of murdering her mother.

In Gina’s telling, her mother was an abusive alcoholic. In the prosecution’s version, Gina resented her mother’s interference in her relationship with her boyfriend. The boyfriend was also convicted in the murder of Gina’s mother, although he didn’t arrive on the scene until the woman was already dead. Gina was originally accepted at Harvard, but they rescinded their invitation when they discovered her crime. Gina ended up instead in my dorm and my biology class at Tufts University, where she behaved like any other student. We’d had meetings prior to her arrival where university staff explained that we should treat her no differently and that we should not talk to the press about her. Notably, however, they did not assign her a roommate…

Despite Harvard’s best efforts to keep its campus free from homicide, they did have a murder that year, when Sinedu Tadesse stabbed her roommate, Trang Phuong Ho, to death and then committed suicide. When Ho decided to stop living with Tadesse, Tadesse fell into rage and despair. She mailed a photograph of herself with an anonymous note to the Harvard paper with a note saying, “Keep this picture. There will soon be a very juicy story involving this woman.” She then stabbed Ho forty-five times and hanged herself in the bathroom. In a bizarre postscript, Trang Ho’s sister Tram ended up in Gina Grant’s class at Tufts.

When I moved to Yale, I met Tonica Jenkins. Unlike most graduate students, Tonica presented as standoffish, almost paranoid, and didn’t seem prepared for class. When a fellow student’s car got scraped up by a key, there were whispers that Tonica did it.

The university investigated and discovered Tonica’s transcripts were fake. Yale sued for the $15,000 in stipend money they had paid her. During the hearings, Tonica sent pictures of herself to Yale in which she appeared bound and gagged in the trunk of a car. She said the dean had done it to her. No one believed her story about the kidnapping, and she was ordered to repay the money she had defrauded from the school. Amazingly, though, this proved only the beginning of Tonica’s life of crime.

Tonica was later arrested for attempting to purchase cocaine. To avoid these charges, she hatched a plan to fake her death by murdering another young woman. With the help of a male cousin, Tonica kidnapped Melissa Latham, a woman who resembled her. For two days, they drugged Latham with crack and marijuana. They also took her to the dentist under Tonica’s name to establish a dental record so that Latham’s body would be identified as Tonica. Tonica’s plan was to murder Latham, burn her body, and dump it in an abandoned building. She would then assume Latham’s identity.

The plan went awry when Tonica and her cousin tried to kill Latham. They beat her with a brick until she pretended to be dead, at which point she escaped. Tonica was eventually convicted of attempted murder and sentenced to twenty years in prison.

Finally, I have no idea if I’ve crossed paths with murderer #3 or not because the culprit has never been caught. While I was living at Yale, an undergraduate named Suzanne Jovin was stabbed to death a couple of blocks from my apartment. Just prior to this, witnesses had seen Suzanne in downtown New Haven. Her boyfriend was out of town at the time, and police could find no one with a motive to kill Suzanne. They zeroed in on her thesis advisor, James Van de Velde, who lived in the area, but an intense investigation revealed no apparent link between the two outside of class. The suspicion alone cost Van de Velde his job.

Someone must have picked up Suzanne and brought her across town, probably someone she knew. Whoever it was murdered her out in the open on a city street, in an area crammed with students. The odds that someone would witness the crime were high, and yet no eyewitness has ever come forward. The case remains open and unsolved.

The lesson I’ve learned is that murderers pass as normal most of the time. They could be your teacher or the kid living down the hall in your dorm, and they look perfectly ordinary…the same as you or me.

Comment below for a chance to win a copy of No Mercy by Joanna Schaffhausen!

No Mercy Comment Sweepstakes: NO PURCHASE NECESSARY TO ENTER OR WIN.  A purchase does not improve your chances of winning.  Sweepstakes open to legal residents of 50 United States, D.C., and Canada (excluding Quebec), who are 18 years or older as of the date of entry.  To enter, complete the “Post a Comment” entry at https://www.criminalelement.com/the-killer-beside-me beginning at 2:30 p.m. Eastern Time (ET) January 11, 2018. Sweepstakes ends at 2:29 p.m. ET January 25, 2019. Void outside the United States and Canada and where prohibited by law. Please see full details and official rules here. Sponsor: Macmillan, 175 Fifth Ave., New York, NY 10010.