The Five Most Surprising Facts about the Brontë Family 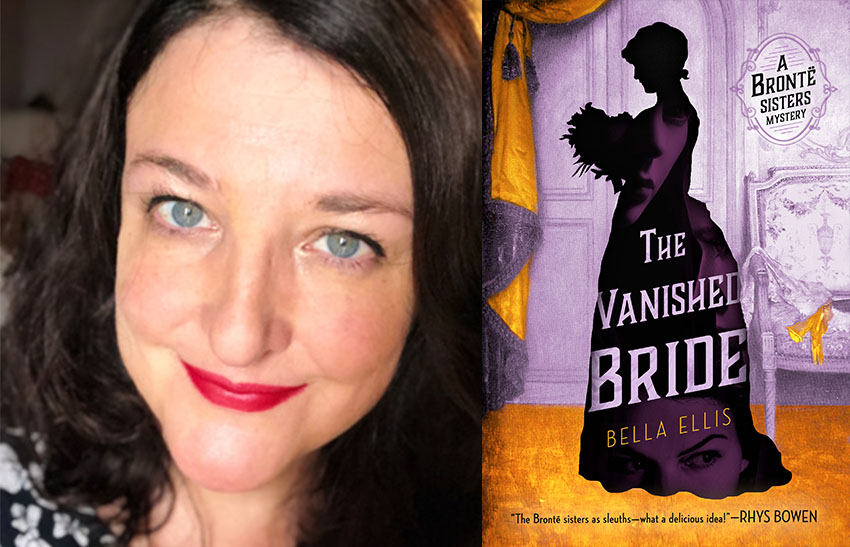 Join Bella Ellis—author of The Vanished Bride, the first book in the Brontë Sisters Mystery series—as she uncovers some fascinating facts about the famous literary sisters we thought we knew so well. Read through and comment on this post to enter for a chance to win a copy of The Vanished Bride.

I have always loved the novels of the Brontë sisters, and because I’d read and re-read all of them many times over the years, I really thought I knew pretty much all there is to know about the sisters, their families and their lives. Three spinster geniuses living and writing in the isolated village of Haworth on the edge of the Yorkshire moors, before their untimely deaths, right? Wrong.

As I began to research their lives for The Vanished Bride, reading their letters, contemporary accounts and getting to know the world they lived in, I was continuously surprised by the fascinating, sometimes shocking, facts I discovered. 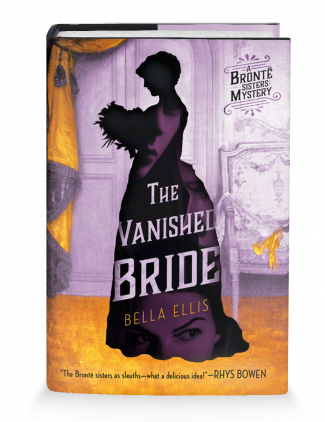 About The Vanished Bride by Bella Ellis:

Before they became legendary writers, Charlotte Brontë, Emily Brontë, and Anne Brontë were detectors in this charming historical mystery….

Yorkshire, 1845. A young wife and mother has gone missing from her home, leaving behind two small children and a large pool of blood. Just a few miles away, a humble parson’s daughters – the Brontë sisters – learn of the crime. Charlotte, Emily, and Anne Brontë are horrified and intrigued by the mysterious disappearance.

These three creative, energetic, and resourceful women quickly realize that they have all the skills required to make for excellent “lady detectors.” Not yet published novelists, they have well-honed imaginations and are expert readers. And, as Charlotte remarks, “detecting is reading between the lines – it’s seeing what is not there.”

As they investigate, Charlotte, Emily, and Anne are confronted with a society that believes a woman’s place is in the home, not scouring the countryside looking for clues. But nothing will stop the sisters from discovering what happened to the vanished bride, even as they find their own lives are in great peril…

Comment below for a chance to win a copy of The Vanished Bride by Bella Ellis!

The Vanished Bride Comment Sweepstakes: NO PURCHASE NECESSARY TO ENTER OR WIN.  A purchase does not improve your chances of winning.  Sweepstakes open to legal residents of 50 United States, D.C., and Canada (excluding Quebec), who are 18 years or older as of the date of entry.  To enter, complete the “Post a Comment” entry at http://www.criminalelement.com/the-five-most-surprising-facts-about-the-bronte-family/ beginning at 1:00 p.m. Eastern Time (ET) September 11, 2019. Sweepstakes ends at 4:59 p.m. ET September 25, 2019. Void outside the United States and Canada and where prohibited by law. Please see full details and official rules here. Sponsor: Macmillan, 120 Broadway, New York, NY 10010.

Bella Ellis is the Brontë-esque pseudonym of Rowan Coleman, an acclaimed author of numerous novels for adults and children. She first visited the former home of the Brontë sisters when she was ten years old. From the moment she stepped over the threshold she was hooked, and embarked on a lifelong love affair with Charlotte, Emily, and Anne; their life; their literature; and their remarkable legacy.