Gary McPherson, author of Joshua and the Shadow of Death, talks crime thrillers and the everyday darkness inherent to us all. 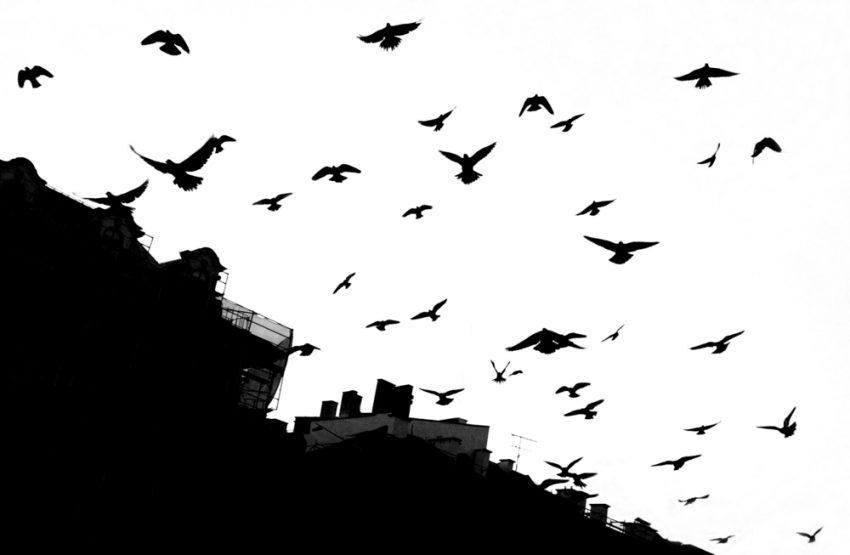 Alfred Hitchcock. That’s my first answer when people ask me who I like as an author. I have to be honest though; I do not think of him as an author. I always think of Alfred Hitchcock as a director. Hitchcock was a storyteller first and foremost. He had an eye for crime thrillers and showing how those who receive their justice may receive it from someone eviler.

When people talk about the original Psycho movie, they usually bring up the shower scene or Norman Bates. Very few people remember the movie starts with a secretary who embezzles $40,000 from her employer’s client and is on her way to meet her lover Sam. We all remember her as the stabbing victim of Norman Bates; the poor innocent woman murdered while taking a shower. But she is not an innocent victim. To complicate matters even further, you cannot deny a certain pity for Norman as the truth of his obsession for his mother is finally exposed, helping us to understand his murderous psychotic break.

That’s the draw of a crime thriller: we can relate to the story. Most have needed more money. For some, the financial straits they face may be so dire that stealing might seem worth the risk. Others, stuck in an unloving marriage, or simply single and lonely, meet someone who may be married to someone else, or perhaps they are married, and yet the desire inside their lonely heart causes their brain to consider actions that would have been unthinkable a week earlier.

We all have darkness we fight. It pulls against our life with family, friends, and loved ones we value. We know if we stopped fighting our darker tendencies we would eventually cross a line that would take us not only past our moral mores but eventually over one or more legal lines that could destroy us.

Take my three antagonists in Joshua and the Shadow of Death. Among these men, you see three examples of people at various stages of subtle darkness. There is John Richmond; a man bent on revenge over a perceived wrong by Richard Brown, a man he once called a friend. Jerry Guilford is a man of few words but many funds. He allows himself to be pulled along by John. Jerry is content to ignore the truth and instead believe that his friendship with John makes any actions against Richard justified. The last person is Senator Trey Jones. He is caught up in his unrelated hell, unable and unwilling to give up his lascivious tendencies. To make matters worse, John is leveraging Trey’s mistakes for his gain. These men have let go of any small light of hope and given themselves over to their desires, no matter how dark.

We all live in between the light and darkness in a perceived gray, shifting back and forth, often throughout our daily routine. How dark our “gray” becomes is varied with every choice.

These men clash against Joshua, a psychiatrist who finds himself in the shadow of his best friend Richard’s suicide. He is also carried along by his obsession with his career, which he fails to recognize. Joshua’s blindness to his faults is further complicated by Harold, his friend’s son, and the half-sibling to a child Joshua cured of a similar condition almost twenty years earlier. Joshua teeters between the subtle choices of light and dark until he is pushed to make a final commitment one way or the other.

The defining moment between the muted light or darkness does not involve any real changes beyond his internal compass. Joshua’s single epiphany, and decision to make that one tick towards the dark or the light determines whether he remains in the gray world, or moves into the shadows himself.

We are forever walking and stumbling along in our subtle hues of black and white. We all live in between the light and darkness in a perceived gray, shifting back and forth, often throughout our daily routine. How dark our “gray” becomes is varied with every choice. Criminal thrillers remind us in chapter and scene that at any time, we can take a few misguided steps from the dimming light and find ourselves in total darkness.

Filed Under: Alfred HitchcockEssaysGary McPhersonJoshua and the Shadow of Death