March 6, 2020
Join Deanna Raybourn, New York Times bestselling author of the Edgar Award-nominated Veronica Speedwell Mysteries, as she lists several novels that influenced her the most from childhood into her early writing career. Deanna's new novel, A Murderous Relation, is the latest book in the Veronica Speedwell mystery series.

The books you read shape the books you write, and nothing has influenced me more than mysteries, right from the very start. The first books I remember reading—after the Madeline and Winnie-the-Pooh years—were mysteries. Encyclopedia Brown and Jupiter Jones were the gateway adventures leading to Trixie Belden and Nancy Drew. I loved them for the challenge of the puzzle, the twists and turns. And I adored the detectives, invariably imagining myself sleuthing around and bringing miscreants to justice. (I still suspect the cafeteria ladies at my elementary school of running a counterfeit ring out of the industrial freezer.)

As I grew older, the mysteries got more puzzling and the detectives more complex. I discovered the classics and tropes of the genre and found my favorites—the locked room, the isolated house, the amateur sleuth. My reading progressed, and I realized that while I loved a clever puzzle, my absolute favorite books incorporated a genre-blurring edge, a layer of emotion that went beyond just the unmasking of a villain. These books were always mysteries in structure, but the lily was definitely gilded with something special.

From childhood to the start of my writing career, here are the five books that influenced me the most: 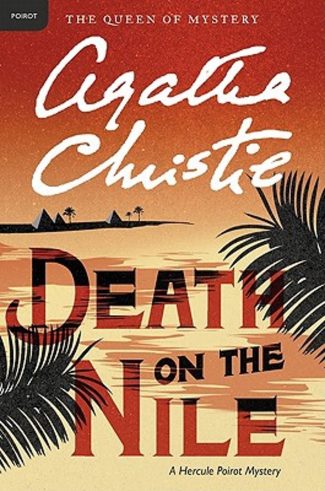 Death on the Nile by Agatha Christie

This is the first “grown-up” mystery I ever read. My grandmother handed it to me after I closed the lilac cover of my last Nancy Drew and complained that there were no mysteries left to read. She gave it to me with the words, “I think you’ll like this,” and she was never more right about anything. The glamorous setting, the doomed Linnet Ridgeway, the clever and hectically devoted Jacqueline de Bellefort, the little grey cells of Hercule Poirot—it was the perfect introduction to the Golden Age of mystery. From that book, I went on to read every Christie I could get my hands on and found Miss Marple to be just as enchanting as Poirot. (I am especially fond of 4:50 From Paddington and the irrepressibly perfect Lucy Eyelesbarrow.) 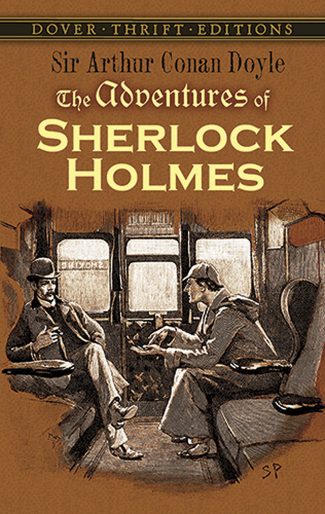 The Adventures of Sherlock Holmes by Sir Arthur Conan Doyle

This was another gift from my grandmother. I had already read and loved an illustrated children’s edition of The Hound of the Baskervilles—which omitted the nastier aspects of Hugo Baskerville’s nefarious deeds—so getting my hands on more Holmes cases was an absolute joy. I still have a soft spot for the Hound, but I thoroughly enjoyed wallowing in speckled bands and blue carbuncles and orange pips. 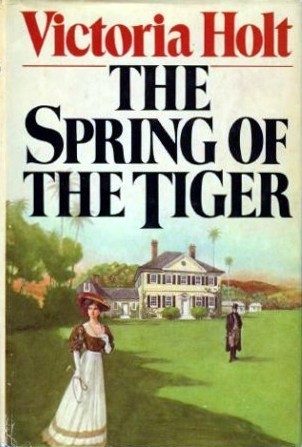 The Spring of the Tiger by Victoria Holt

This is not my favorite Holt book, but it is the first one I read and that makes it significant to my development as a reader and writer. The hints of romance that I had encountered in Christie—and, occasionally, her books were deeply romantic—Holt was my introduction to genre-busting. Whether you consider this Gothic romance or romantic suspense, it doesn’t exist without the element of mystery. (It doesn’t function without the romance either, so it’s a doubly difficult trick to pull off as a writer.) Unlike a traditional romance with a “happily ever after” guarantee, The Spring of the Tiger has an opaque ending, focusing on the heroine’s harrowing adventures and her growth as a character as she gropes her way towards the solution of the mystery around her. 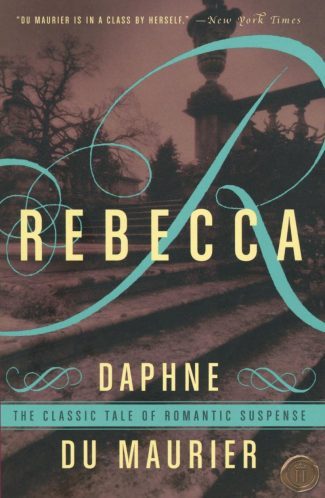 For years this was my travel book, the one novel I always tucked into my carry-on in case the new novel I was trying proved disappointing. Every time I read it now, I discover something fresh. From the iconic first line (“Last night I dreamt I went to Manderley again”) to the nameless narrator and her torturous relationships, it is pitch-perfect. Most of what I know about crafting setting comes from du Maurier who knew and loved Menabilly, the house that was the inspiration for Manderley. The austere grandeur of a stately home, the flaming hedge of rhododendrons, the spoiling damp of the salt-crusted air in an abandoned cottage…du Maurier lavished this book with detail with the skill of a master craftsman. 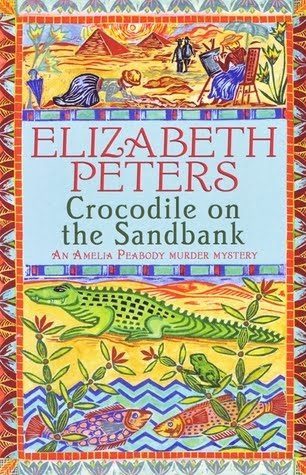 Crocodile on the Sandbank by Elizabeth Peters

I discovered the Amelia Peabody series when Peters was perhaps halfway through, still publishing a fresh novel almost annually. While Doyle and Christie occasionally injected humor into their books, neither went nearly as far to tickle the funny bone as Peters. Witty and comical without every straying into the absurd, Peters stepped lightly on the tightrope between mystery and adventure. In all of her novels—Peters wrote two other series and many, many stand-alones under this pen name as well as Barbara Michaels—she included a romantic element, skillfully weaving puzzle, character, and emotion. Her relationships, like Holt’s, are satisfying, but it is the lightness that sets these apart. Who, having read it, will ever forget Amelia’s frequent lamentation, “’Another shirt ruined!’”?

Each of these books provided a doorway to new authors, new series, new genres. I learned from them to expect the unexpected, to play with convention, and to never be afraid to push myself into unexplored territory as a writer.

Note: Rereading these books is occasionally problematic. Representations of race, sexuality, and ability are sometimes cringe-worthy, sometimes outright offensive. Some of what I have learned from them I am deliberately unlearning as I go, picking out the perspectives that have no place in fiction today.

About A Murderous Relation by Deanna Raybourn:

Autumn 1888. Veronica Speedwell and her colleague Stoker are asked by Lady Wellingtonia Beauclerk to stop a potential scandal so explosive it threatens to rock the monarchy. Prince Albert Victor is a regular visitor to the most exclusive private club in London, and the proprietress, Madame Aurore, has received an expensive gift that can be traced back to the prince. Lady Wellie would like Veronica and Stoker to retrieve it from the club before scandal can break.

Worse yet, London is being terrorized by what would become the most notorious and elusive serial killer in history, Jack the Ripper—and Lady Wellie suspects the prince may be responsible.
Veronica and Stoker reluctantly agree to go undercover at Madame Auroreʼs high-class brothel, where a body soon turns up. Secrets are swirling around Veronica and the royal family—and it is up to Veronica and Stoker to find the truth, before it is too late for all of them.