Secrets of a Marine’s Wife by Shanna Hogan 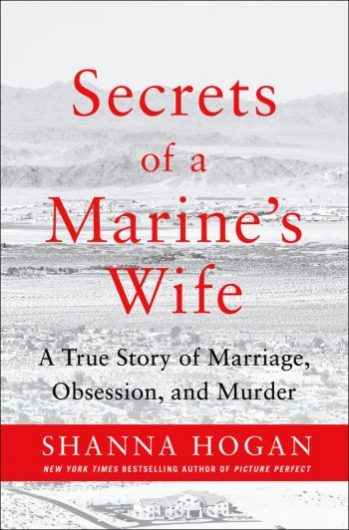 Secrets of a Marine's Wife

In Secrets of a Marine’s Wife, award-winning journalist and New York Times bestselling author Shanna Hogan tells the true story of a young Marine wife whose illicit affair ended in tragedy — also the source material for season one of the Case Closed podcast!

In June 2014, 19-year-old Erin Corwin was living a quiet life in Twentynine Palms, California, expecting her first child with her husband, U.S. Marine Corporal Jon Corwin—until the day she drove off into the desert and never returned. As temperatures climbed into the hundreds, friends and family teamed up with local law enforcement in a grueling search of Joshua Tree National Park. Nearly two months after her disappearance, Corwin’s body was found at the bottom of an abandoned mine shaft, a homemade garrote wrapped around her throat.

Suspicions mounted within the tight-knit Marine community as residents questioned if the killer was one of their own. Fellow Marine Christopher Lee and his wife lived next door to the Corwins, and the two young couples had leaned on each other for support. But detectives soon discovered that Chris and Erin’s relationship had developed into a whirlwind romance that consumed them both and called the paternity of Corwin’s baby into question. Lee told investigators he’d been out hunting the day of Corwin’s disappearance, but his claims of innocence soon began to crumble. And while Erin was researching baby names, Lee was reportedly searching the internet for ways to dispose of a human body.

Listen to the trailer:

Case Closed features true crime stories that have been solved, so you can walk away feeling satisfied—no frustrating cliffhangers or ambiguous endings. Season 1 investigates the murder of Erin Corwin, who was just 19 years old when she kissed her husband Jon goodbye and headed out to Joshua Tree National Park to scout hiking trails. It was the last time he would ever see her alive.