Q&A with Dolores Redondo, Author of All This I Will Give to You 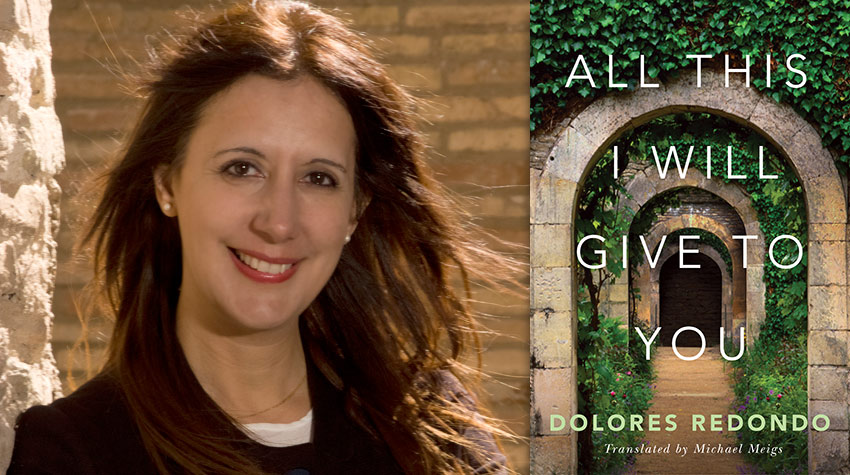 Dolores Redondo is the internationally acclaimed author of the Baztán trilogy, which has sold over 1.5 million copies in Spanish, been translated into more than 35 languages, and was adapted into a popular film series. A student of law and the culinary arts, she’s twice been nominated for the CWA International Dagger Award and was a finalist for the Grand Prix des Lectrices de Elle. In 2016, Ms. Redondo was the recipient of one of Spain’s most distinguished literary awards, the Premio Planeta, for All This I Will Give to You (out in America on September 1); the title has been optioned for feature film and television development and will be translated into 18 languages.

The author recently took time from her writing to discuss the bigness of story ideas, how grief and uncertainty influence character motivation, the importance of using setting to establish power of place, the toxicity of aristocratic families, and how one’s life experiences inform their creativity.

All This I Will Give to You is a standalone thriller. Why did you decide to step beyond series fiction, and what were the greatest challenges and liberties of doing so?

For me, it’s not a decision of a standalone novel or a series. It depends on how big the story is and how many words I need to tell it all. In this case, the story fit into one lengthy novel, whereas the story in the Baztán trilogy grew so much that I needed three volumes to tell it all. In that sense, for this book, I needed to tighten all the plot threads and make sure all the subplots and lines worked seamlessly in fewer pages (as compared to the trilogy), so this book somehow felt more challenging to write than a series. 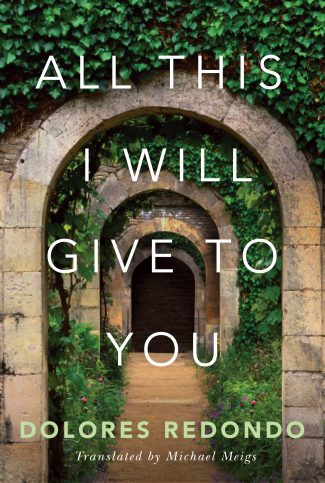 Your protagonist, Manuel, is grieving the unexpected death of his husband, Alvaro. In what ways does his bereavement inform his actions and motivations, and how do his two eventual allies act as a counterbalance of sorts?

Manuel is not only grieving the death of Alvaro, he is also digesting the idea that he didn’t know everything about his partner, with whom he’d been living for more than 10 years. I wanted to explore how we all bear secrets and how we don’t know absolutely everything about anyone, not even our closest friend, partner, or family member. In that sense, Manuel has to come to terms with his partner’s death as well as the idea of this secret he had kept from him—and the motives behind doing so. It is also a way to explore how writers can live so far away from real life, always in our fiction and stories, and how partners and real-life events help to keep us grounded.

In your opinion, how does setting enhance story, and more specifically, in what ways does Galicia and Alvaro’s family estate help in augmenting the themes you wished to explore in this book?

In my writing, the setting is always crucial. I believe in the power of a place, its culture, traditions, myths. Galicia is a place very close to my heart; it’s where my grandmother comes from and where my sister lives now. It’s also a place with a very complex and distinctive culture, and I wanted to reflect both things in the novel.

Ribeira Sacra is special for many reasons. It’s a very historical place, full of Romanic art. It’s also very spiritual, which you can sense as soon as you arrive. There are also many castles, palaces, and mansions owned by the nobility. And the people of Ribeira Sacra are unique—they’ve been preserving a way of winemaking that dates back 2000 years, working their own land with incredible pride and often great sacrifice.

Speaking of themes: the idea of power and privilege underscores the narrative. What compels you about this topic, and how is this storyline reflective of the factors that often sway real-life “justice”?

I wanted to talk about greed, power, and privilege. I don’t have any resentment towards aristocrats, however, this kind of family—one that very much still exists in Spain—represents a part of the nobility that isn’t very noble and that we can still see in existence today. They are toxic families, and I wanted to shine a light on them.

You have a background in law and culinary arts. How have those experiences influenced your writing, and drawing on the latter, what do you believe is the recipe for a good thriller?

I believe all experiences in a writer’s life influence that writer’s writing in some way. A good thriller needs to entertain and grip readers—it must surprise, and it must be dark. I believe “evil” is a very complex and vast theme, and that’s a theme in all the novels I write, from different perspectives and angles.

Leave us with a teaser: What can American readers expect from you next?

I am always writing, as it puts me at ease, so there are new novels coming down the line. However, I never talk about what I am writing next, as I believe that talking about it out loud is a bad omen.

Dolores Redondo studied law and the culinary arts before writing The Baztán Trilogy, a successful crime series set in the Basque Pyrenees that has sold over 1.5 million copies in Spanish, has been translated into more than 35 languages, and was adapted into a popular film series. Twice nominated for the CWA International Dagger Award and a finalist for the Grand Prix des Lectrices de Elle, Redondo was the recipient of the 2016 Premio Planeta—one of Spain’s most distinguished literary awards—for her stand-alone thriller All This I Will Give to You, which has also been optioned for feature film and television development and will be translated into eighteen languages.