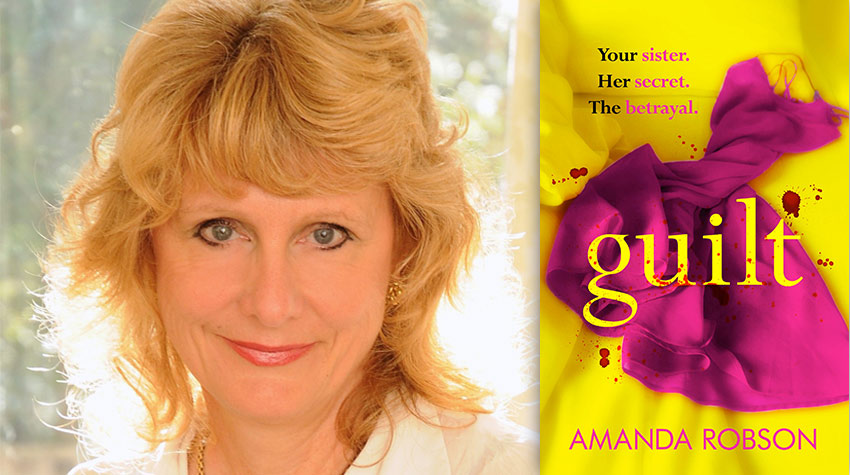 Amanda Robson is the author of Obsession, which was a multi-week Kindle top 100 bestseller and also reached #1 on the iBooks bestseller list. Prior to pursuing writing full-time, Ms. Robson—who has a physiology degree from London University and a Masters from City University—worked in medical research at The London School of Hygiene and Tropical Medicine as well as the Poisons Unit at Guy’s Hospital; she also co-wrote a nonfiction title on cyanide poisoning. Following two decades as a homemaker, Robson attended the Faber novel writing course. Her second psychological thriller, Guilt, was a Sunday Times bestseller in the U.K.; B. A. Paris praised: “Another brilliant read from Amanda Robson. A dark, addictive and compelling page turner!”

The author recently shared insights pertaining to why she is drawn to writing suspense, the role of character dynamics in heightening tension, the ways our understanding of psychopathy can obscure truth, how her own experiences with sexual harassment informed Guilt’s narrative, and her adherence to the importance of imagination and plotting. Robson also shares advice with aspiring writers and teases what comes next.

Guilt is your second novel of suspense following your bestselling debut, Obsession. What do you like most about writing the genre of psychological suspense, and what are some of the challenges you’ve faced?

The genre of psychological suspense has always fascinated me, as I am a people watcher who has spent a lot of time dwelling on what makes people behave as they do. The challenge for me is devising a tightly balanced plot, which I think has to be almost scientific in precision.

The relationship between twin sisters Zara and Miranda is at the heart of the book. Why is this particular dynamic so compelling, and how does their shared history influence the narrative’s unfolding?

I have always had very close female friendships and have occasionally wondered what could possibly come between us. I was determined to write a triangular thriller in which two people are pulled apart by a third party. I found it compelling to use twin sisters who loved one another, as I couldn’t imagine a tighter bond. Their shared history is intrinsic because the story begins with a stabbing that leaves one sister dead and the other accused of her murder. It then continues in two timelines: the past, gradually revealing why the sisters have ended up fighting; and the present, moving on to describe the fate of the remaining twin. Their bond and shared history, as well as how long they spend resisting the malevolent force coming between them, are at the core of the book. 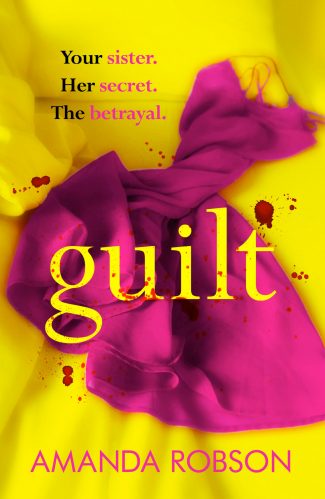 Let’s talk about Zara’s boyfriend, Seb, the man who drives a wedge between the two sisters. Is he evil? A textbook psychopath? How did you develop his character?

He is a difficult character. I couldn’t give too much about him away as I wrote since it would have spoiled the plot, so his story and history come to light at the end. The reader is encouraged to think that he is a textbook psychopath for most of the book, but in truth, there is far more to him than that, as he’s had a difficult past. The focus of the novel is far more on the effect he has on the sisters rather than on him as a person.

The novel addresses sexual harassment, an issue timelier than ever recently. Why was this important to you, and what do you hope readers will take away from reading about what Miranda experiences?

It is an issue that is important to me, as I—like many other women—was sexually harassed at work in the 1980s. I didn’t set out to write about it. It developed as I imagined how a man like Sebastian might behave, and that must have stemmed from my own deeply buried memories of my personal experiences. I think readers will relate to my story as many of them will have had similar traumas. I hope that my book emphasizes how important it is to come forward about this kind of behavior and underlines the significance of the #MeToo campaign.

Both Guilt and Obsession have been lauded for their unpredictable plot twists. Are you a plotter or a pantser? Any secrets you can share about how you develop endings that most readers never see coming?

I am a plotter. I do not start a novel until I have a very careful structure to hang the writing on, but the story and characters develop as I go. As I write, fresh ideas come into my mind. I have no secrets to share—the ideas just pop into my head, and I can’t really explain how or why. I have always had a vivid imagination and have been making up stories ever since I was a child. I think that is something a lot of novelists have in common. All I can say to aspiring writers is that if you have a good imagination—treasure it!

Writing novels wasn’t your first career, and in fact, you published your first novel after your children were grown. How did you become an author, and what advice would you give to aspiring novelists who think “it’s too late”?

I’ve always wanted to write a novel, from the age of 12 when I first read Rebecca by Daphne du Maurier. I found it fascinating and was determined to write one someday, but life got in the way. After an early scientific career and many years of enjoying being a stay-at-home mother, I finally found time to write when my sons were teenagers. I attended the UK Faber Academy “Writing a Novel” course, which taught me—among other things—to believe in myself. I persevered for about eight years before I secured an agent and a publishing deal.

It is an issue that is important to me, as I—like many other women—was sexually harassed at work in the 1980s. I didn’t set out to write about it.

My advice to aspiring authors who think it is too late to start writing is that it is never too late. If you want to write, write—but beware, once you begin, it can be addictive. It takes over your life. It is the people who keep writing despite all the rejections and difficult times that eventually succeed. I sometimes quip that you have to be mad to be a writer—mad about writing. To write well and get published is very time-consuming. And once you have a publishing deal, you work even harder on edits and fulfilling deadlines for your next book. So you really, really have to love doing it.

Nearly all the writers I meet have written for years and years before publication and have had their fair share of ups and downs and disappointments. They are a very kindly, humble bunch, and after so many years of struggling, not at all conceited. The main thing is you have to believe in yourself and keep trying.

What’s next for Amanda Robson; can you give us a preview?

My third novel, Envy, is out next year. It is about an attractive young woman who is loved by three people. One, fortunately, is her husband, but the other two are stalkers.

Amanda Robson worked in medical research at The London School of Hygiene and Tropical Medicine as well as the Poisons Unit at Guy’s Hospital where she became a co-author of a book on cyanide poisoning. Amanda then attended the Faber novel writing course and writes full-time. Her debut novel, Obsession, hit the Kindle top 100, staying there for weeks, and reached number 1 on iBooks. It has received widespread acclaim from authors and press alike.