Read Jessica Fellowes's profile of Pamela Mitford, then make sure youre signed in and comment below for a chance to win a copy of the latest Mitford Murders Mystery, Bright Young Dead! 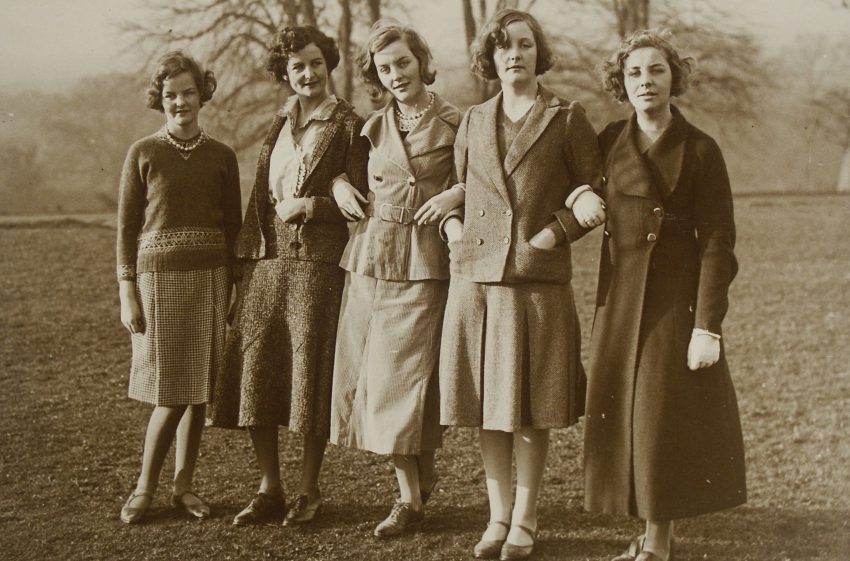 The second born of the six Mitford sisters, Pamela Mitford is perhaps the one most easily overlooked. Where her siblings achieved fame and notoriety for their novels, extreme political opinions, enormous stately homes, or racy living, Pamela was best known—if at all—as “the country girl.”

In some ways, this made her the most interesting to my mind. I knew she was clever—she ultimately married the brilliant, if difficult, scientist Derek Jackson—and while she did not have the staggering beauty of Diana, she was a good-looking girl with large, limpid eyes and shining blonde hair. The witty poet laureate John Betjeman was in love with her for years, and it is perhaps to that which she owes her rather solid reputation; he wrote a poem dedicated to the sisters, ending with the line, “Miss Pamela, most rural of them all.”

It is true that she was the most domesticated—a gardener and a keen horsewoman—and probably the only one of them all who ever learned how to cook. (Deborah, the youngest, who became the Duchess of Devonshire, introduced a cookbook in the 1980s with an apology that she was hardly qualified as she “last cooked in the war.”) When Diana was first married, to Bryan Guinness, Pamela moved onto their country estate to manage the farm, and these are supposed to have been some of her happiest years. Though she never had children of her own, she looked after the young Guinness sons when Diana was imprisoned for her fascist connections during World War II.

Her early years may have been troubled. Nancy confessed that she was deeply jealous of Pamela’s arrival when she was three years old, usurping her singular position in the household. And when Pamela developed a fuller figure in her early teens, Nancy cruelly nicknamed her “Woman.” But Pamela was not known to answer back—an early bout of polio is said to have blunted the quick wit the other sisters had—and bore all the outrageous events of her sisters with stoicism.

In the end, it was this that drew me to her most of all. I came to see her as the ballast of the family, the rock-steady calm one that kept her head when all around her were losing theirs. She was uncomfortable in the limelight, unlike the others; in a photograph of her 18th birthday party, she stands awkwardly in the line-up in a costume that does not become her. She kept herself generally out of the papers—their mother once remarked that every time she saw “Peer’s daughter” in the headlines, “I know it’s one of you girls—and made herself available to her sisters as a stolid pillar of support or a shoulder to cry on. After her divorce, her remaining years were spent with an Italian “companion,” as they were referred to then, another horsewoman.

She died known for her peaceful life among friends and animals, as well as her generosity of spirit to all. Could one ask for a better reputation? In this way, I think she outshines all her Mitford sisters.

Comment below for a chance to win a copy of Bright Young Dead by Jessica Fellowes!

Bright Young Dead Comment Sweepstakes: NO PURCHASE NECESSARY TO ENTER OR WIN.  A purchase does not improve your chances of winning.  Sweepstakes open to legal residents of 50 United States, D.C., and Canada (excluding Quebec), who are 18 years or older as of the date of entry.  To enter, complete the “Post a Comment” entry at https://www.criminalelement.com/pamela-mitford-the-forgotten-sister-comment-sweepstakes beginning at 1:00 p.m. Eastern Time (ET) October 26, 2018. Sweepstakes ends at 12:59 p.m. ET November 6, 2018. Void outside the United States and Canada and where prohibited by law. Please see full details and official rules here. Sponsor: Macmillan, 175 Fifth Ave., New York, NY 10010.

Jessica Fellowes is an author, journalist, and public speaker, best known for her five official New York Times bestselling companion books to the Downton Abbey TV series. Former deputy director of Country Life, and columnist for the Mail on Sunday, she has written for the Daily Telegraph, the Guardian, The Sunday Times, and The Lady. Jessica has spoken at events across the UK and US, and has made numerous appearances on radio and television. She lives in Oxfordshire with her family.