No Trace: The Alaskan Triangle

December 2, 2019
Join New York Times bestselling author Paige Shelton as she traverses the frozen tundra of Alaska, and see how beneath the awe-inspiring vistas is an unforgiving landscape that claims numerous missing persons each year. Paige's new mystery, Thin Ice, is the first in the Alaska Wild series. 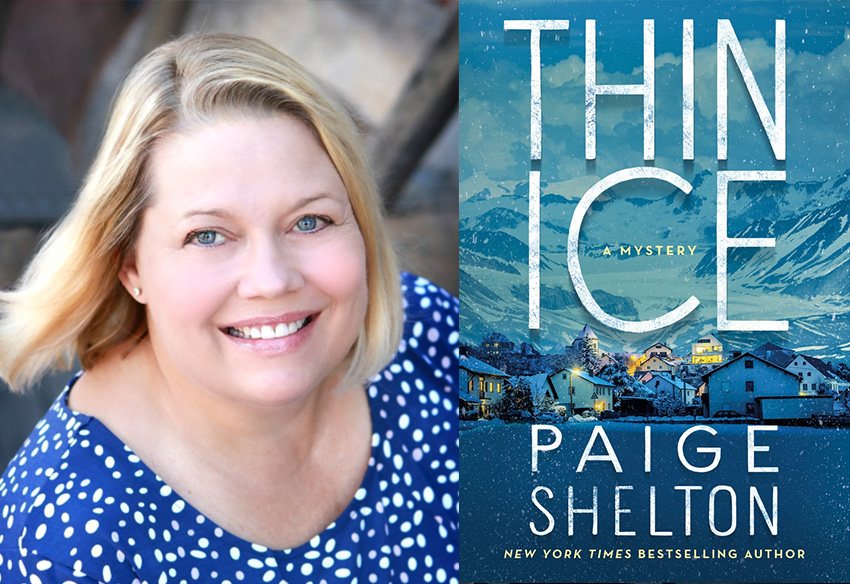 Alaska. Even when I think about it, a hollow sense of the vast wide open makes my stomach drop a little. I’ve traveled to Alaska a few times and I truly love it; its primitive beauty is breathtaking—though I’m not sure I could live there. I’ve visited the big city of Anchorage, the capital city of Juneau, and spent some time in Gustavus, a wilderness village outside Glacier Bay National Park and the place I based my fictional town of Benedict upon. No matter if it’s a densely or sparsely populated area, there’s something about our biggest state that leaves me with a sense of anxious wonder.

With all that wilderness—forests, mountains, frozen tundra—it’s not surprising that more people per 100,000 go missing every year in Alaska than in any other state. In fact, since 1998, over sixteen thousand have gone missing, most feared dead; many whose remains will never be found. There are simply too many ways and places for bodies to disappear.

The aptly named Alaskan Triangle covers a large swath of land, from Utkiagaviq (formerly known as Barrow) on the state’s north coast, over to Anchorage and down to Juneau along the southern coast. Hundreds of search-and-rescue missions are conducted each year inside the Triangle, most of them ending with nothing found. No trace, dead or alive.

These statistics were the spark for me wanting to write a mystery in set Alaska. It made me curious about the people behind the statistics. There’s little information published about some of them, but even brief descriptions and circumstances—while waiting for the ice cream truck, taken from a coffee house, keys and wallet left in an abandoned vehicle as if the owner was planning to be right back, airplanes disappearing without a trace—are morbidly fascinating. So many mysteries.

Some have been solved, albeit most with unhappy outcomes. The tragedy of Christopher Johnson McCandless is well documented in Jon Krakhauer’s Into the Wild. My heart still aches for McCandless’s family, and the mistakes Christopher made that ultimately ended his life. A young man fueled by a vision quest, he yearned for adventure and thought he could handle nature’s forces. Unfortunately, it didn’t work out that way.

There’s the mystery of the fate of two men, both named Richard, both having been dressed similarly the last times they were seen alive. Remains were found in the area one Richard was supposed to have once been, but the remains were, in fact, of the other Richard—not thought to have ever been in the area. There is no evidence the men knew each other, but both families have been put through the wringer as attempts at finding and identifying remains have led to a roller coaster ride of emotions.

Remains of many missing people were finally found when Robert Hansen, the “Butcher Baker” was caught. One of his victims escaped after he had brutalized her in his basement for several days. It is thought that Hansen abducted, raped, and murdered at least seventeen women, hunting many of them down in the immense wilderness with a gun and a knife. Ultimately, he told the authorities where he’d buried many of his victims, but not all of them.

In Thin Ice, the first of the Alaska Wild series, I decided to write about a protagonist who chooses to hide until her abductor back in the lower forty-eight can be found. I sent her to a place where there’s little cellphone and internet coverage, where Mother Nature always wins, and where, it seems, many others have chosen to run to for the same secretive reasons. And then, of course, I threw in a local murder that needs solving.

Yes, I do love Alaska and yearn to go back, but, again, I’m not sure I’m made of the right stuff to live there, particularly in the wilderness, which is mostly what it’s made of. It’s unquestionably a place where you can hide forever, sometimes even if you don’t want to. 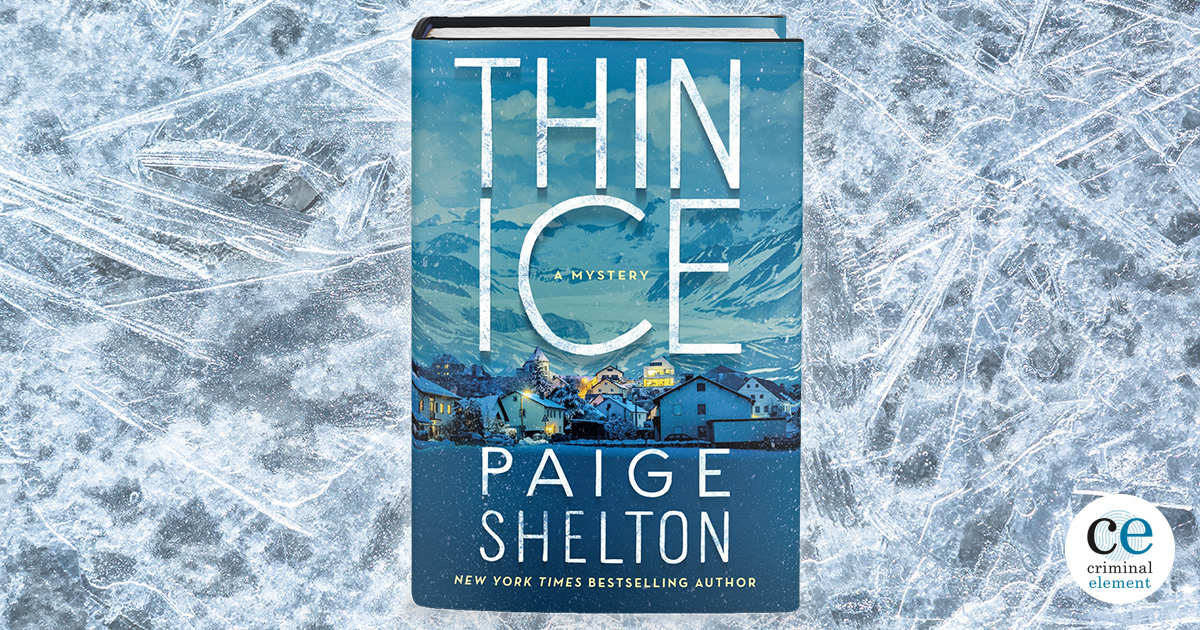 About Thin Ice by Paige Shelton:

Beth Rivers is on the run—she’s doing the only thing she could think of to keep herself safe. Known to the world as thriller author Elizabeth Fairchild, she had become the subject of a fanatic’s obsession. After being held in a van for three days by her kidnapper, Levi Brooks, Beth managed to escape, and until he is captured, she’s got to get away. Cold and remote, Alaska seems tailor-made for her to hideout.

Beth’s new home in Alaska is sparsely populated with people who all seem to be running or hiding from something, and though she accidentally booked a room at a halfway house, she feels safer than she’s felt since Levi took her. That is, until she’s told about a local death that’s a suspected murder. Could the death of Linda Rafferty have anything to do with her horror at the hands of Levi Brooks?

As Beth navigates her way through the wilds of her new home, her memories of her time in the van are coming back, replaying the terror and the fear—and threatening to keep her from healing, from reclaiming her old life again. Can she get back to normal, will she ever truly feel safe, and can she help solve the local mystery, if only so she doesn’t have to think about her own?

Paige Shelton had a nomadic childhood as her father’s job as a football coach took the family to seven different towns before she was even twelve years old. After college at Drake University in Des Moines, Iowa, she moved to Salt Lake City where she thought she’d only stay a few years, but she fell in love with the mountains and a great guy who became her husband. After a couple of decades in Utah, she and her family recently moved to Arizona. She writes the Scottish Bookshop Mystery series, which begins with The Cracked Spine. Thin Ice is the first in a new series.