When I was in high school, the British hard rock band Deep Purple scored a huge comeback hit with the song “Knocking at Your Back Door,” the lead single from their album Perfect Strangers. During the song, a man visits various women, from strippers to aristocrats, late at night and knocks at their back door per their invitation. Obviously, I thought at the time—it’s a song about sex, about illicit sex, maybe even a certain kind of illicit sex. I was a teenager. Every song was about sex. And pretty much all sex was illicit. I didn’t need much help getting there, especially listening to a song that actually used the phrase “cunning linguist.” Even those few ’80s songs that weren’t about sex sure sounded like it to me.

Not long ago, with my music library running on random, my computer coughed up this late-’80s gem. I sat and listened (it’s still a great song, chugging and ominous with great galloping drum work), and realized “Back Door” may not be about sex at all. It may be about murder.

In the new context, the lyrics took on new meaning. The narrator sounded less like a bragging lothario and more like a leering stalker, a serial killer targeting women he could never have, and appearing at their back door without an invitation. I’ve given it several listens since. I remain undecided about the narrative, and wonder if perhaps ambiguity was not in fact the songwriter’s purpose. Could a song about a serial killer get played on popular radio if the band got right to the point (not that “cunning linguist” is exactly subtle)? So, in the way old blues musicians sang about food or cars in order to sing about sex and get played on the radio, had Deep Purple veiled their dark Jack the Ripper-esque fantasy in a silken gauze of sexual conquest? Only the songwriters, and the record company, know for sure. And I am willing to admit that perhaps I spent too long in grad school and that seeing simultaneous metaphorical narratives in a Deep Purple song that emphasizes back doors is perhaps overthinking things. Be that as it may, the Deep Purple experience revived another music and murder question I’d had not long ago.

In 2004, on the release of their debut album, Hot Fuss, Las Vegas band The Killers blew up with two hit songs about sexual and romantic confusion and jealousy, “Somebody Told Me” and “Mr. Brightside.” Rather than being the proud stud of ’80s cock rock, a la Deep Purple, the band’s personae seemed a seething, twitchy, insecure introvert. He was, however, also one thing that Deep Purple character was not—clearly a murderer. Before we get to the hit singles, Hot Fuss opens with an anthemic track called “Jenny Was a Friend of Mine.” With “Jenny” there’s no room for interpretation—in the first verse we get the murder (she couldn’t scream while I held her close), in the second we get the police interview (I know my rights/I’ve been here all day and it’s time for me to go). Both events are communicated in a rushed, jittery, and half-hysterical interpretation by singer Brandon Flowers. We never learn the ultimate fate of the killer. “Jenny” ends with a denial of the crime: “There’s no motive for this crime/Jenny was a friend of mine.”

After several songs of regret and romantic misfire comes “Midnight Show,” another murder song in which the (same?) killer confesses, “I took my baby’s breath beneath the chandelier of stars and atmosphere, and watched her disappear” before cooing to the listener “if you can keep a secret, I can keep a secret.” Couldn’t be a coincidence, right? I mean, the band is called The Killers. Was Hot Fuss a concept album about a killer by a band called The Killers? I had to know.

Some barroom conversation and Internet research later I discovered the two songs on Hot Fuss are the second and third of a Murder Trilogy penned by the band. In fact, poor Jenny does first appear on “Leave the Bourbon on the Shelf,” a song later released on the B-side and outtake collection Sawdust. So the first song, the one that introduces the victim, and the motive, leaving a man who doesn’t want to be left, was released last, somewhat confusing the narrative – though Wikipedia and You Tube seem confident they’ve cracked the case and put it to bed.

But questions remain unanswered for me. Hot Fuss nags at me like a cold case that nags at an aging detective. Are “Jenny” and “Midnight” really about the same murder? Or does the same character, having gotten away with the first murder, run through the bars and clubs and bedrooms of the rest of the album, failing at love as he did with Jenny, only to fail again and kill again in “Midnight Show?”

There’s a taunting cockiness to “Midnight,” and a reveling in the details that’s not present in “Jenny,” arguing against the same murder. Is he better at it now, I wonder, the killer more confident after getting away with the first murder? After all, the very first lines in “Mr. Brightside,” the next song after “Jenny” mention “coming out of my cage and feeling just fine.”

The song “Smile Like You Mean It” is about putting up a false front. And if it’s a trilogy, what’s the story behind the live track “Soft Surrender,” (also on Sawdust) which puts its narrator watching a police car and worried parents outside a missing girl’s house? A girl he seems to know is never coming home. Is the killer so many thought stopped with poor Jenny instead on the loose and continuing his evil ways, maybe even knocking right now on someone’s back door?

I’ve looked to pick up his trail on subsequent Killers albums, and I have some theories, but definite proof remains elusive. Perhaps only the band and the record company know the real answer. Or perhaps I spent too many years in grad school.

Bill Loehfelm is the author of The Devil She Knows; Fresh Kills, winner of the 2008 Amazon Breakthrough Novel Award, and the recently released The Devil in Her Way. He was born in Brooklyn and grew up on Staten Island; he lives in New Orleans with his wife, the writer AC Lambeth. 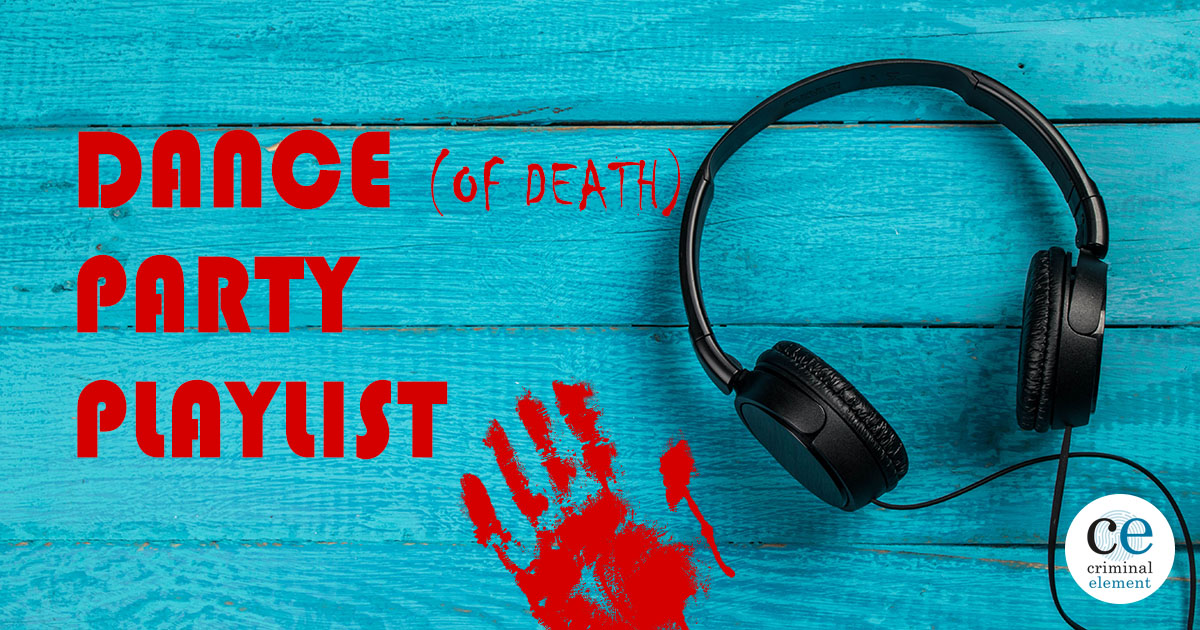 Dance (of Death) Party Playlist: Songs of Crime and Murder

Join author Patrick Coleman as he shares a curated playlist of crime-related songs that he compiled with the help of singer-songwriter Nicholas Altobelli. It just might be the perfect musical cocktail to inspire a future crime novel. And be sure to leave a comment below for a chance to win a copy of  Coleman’s newest…