Hitmen, PIs, Cowboys, and Cops: How My Favorite Screenwriters and Directors Inspired My Fiction

Read Daniel Cole's exclusive guest post, then make sure you're signed in and comment below for a chance to win a copy of his latest thriller, Hangman! 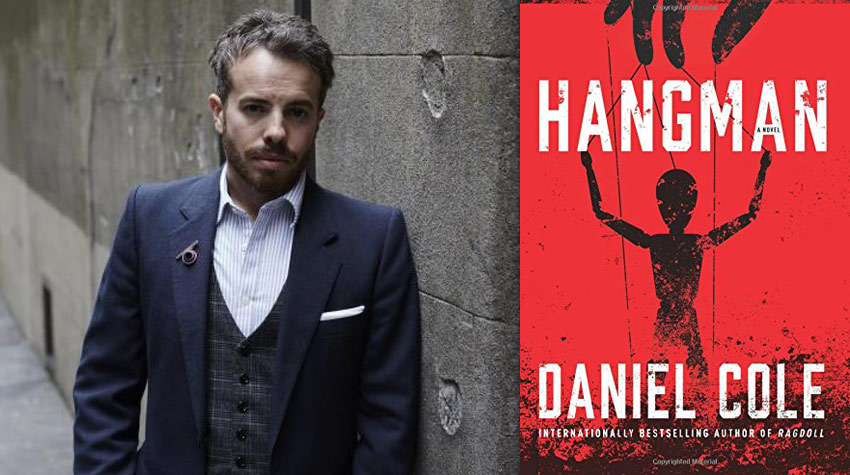 In my rather limited experience of being a writer, I’ve learned that the only thing more certain than being asked on an almost daily basis what my influences are is the disappointed look on the asker’s face when I give them my, apparently, unsatisfactory reply: “movies and television.”

I’m not entirely sure what they’re hoping for—perhaps an in-depth knowledge of celebrated thrillers, an appreciation of the classics and highbrow literature, or an obsession with true-crime cases maybe? But that would be a lie.

If they are polite enough to have remained within earshot following my conversation-killer of an admission, I’ll go on to suggest some of the works of my favorite screenwriters and directors or, more often the case than not, screenwriter/directors. 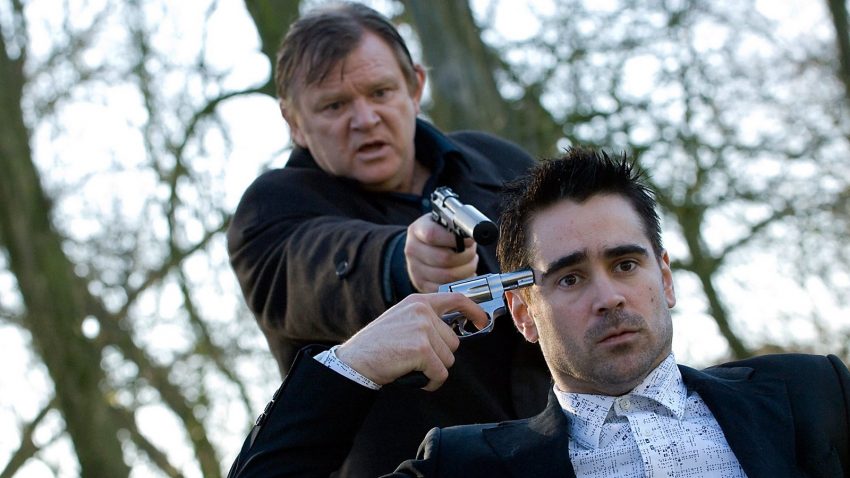 An incredible playwright’s movie about hired killers, guilt, a dead child, suicide, and responsibility is about as dark as humor gets but is executed flawlessly. While the themes of moral ambiguity are clearly present, the aspect of the film that I really aspired to was the way in which the audience is drip fed the information of what has happened and why they are there, along with the way in which even the most seemingly random tangent is all tied up by the final frame.

Writing this, I wonder whether there’s something in that. These movies I hold in the highest regard tend to be both written and directed by the same person, their vision making it off the page and onto the screen without dilution or interpretation, every line delivered precisely as it was imagined, elevating the final film above countless others and giving it the elusive “spark” that everyone is striving for. 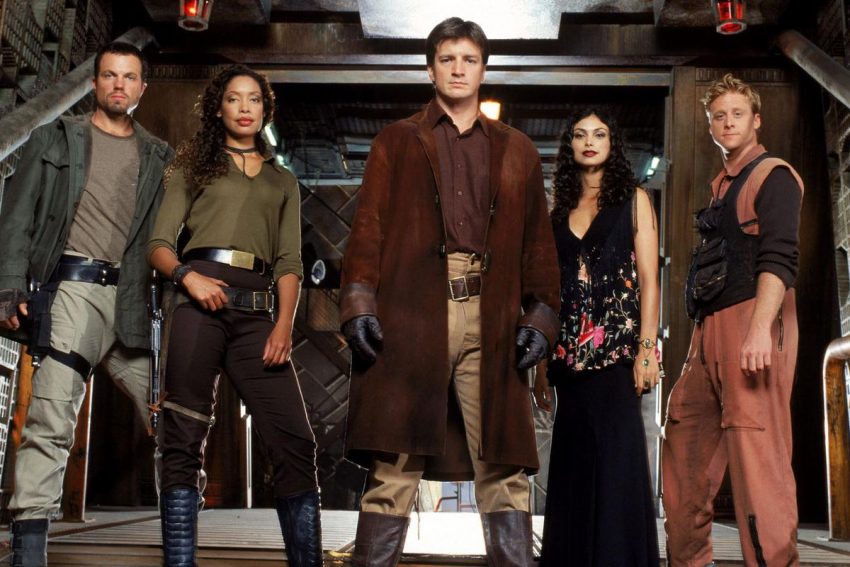 This is my favorite TV series ever. Though canceled after just 14 brilliant episodes, it was resurrected as a major movie due to its passionate cult following. The reason that the series struggled could be attributed to “space cowboys” not exactly sounding the most enticing prospect to the majority of sane people. More likely, it’s because FOX decided to broadcast the episodes out of order due to the pilot episode—in which all of the characters were introduced—not being action-packed enough. Proof that even when you’ve written and directed the best thing on TV, there’s still no guarantee that some turd-blossom won’t come along and screw it up for you.

A cast of nine (nine!) main characters, all fully drawn and endearing with extremely complicated relationships, was a definite inspiration for my team of Met detectives. Joss Whedon is also the master of injecting humor at every conceivable opportunity. Then, there’s Captain Mal Reynolds, who undoubtedly makes up his fair share of Wolf’s (one of my main characters) DNA.

The inspired casting of Nathan Fillion means that Captain Mal can flip between hilarious and terrifying in a millisecond. An outlaw and antihero from the outset, the moral lines become increasingly blurry, building towards a heart-breaking scene in Serenity in which he orders his crew to decorate the outside of their ship with the corpses of their friends. He’s doing the right thing, of course—but at what cost?

Both Ragdoll and Hangman have been described many times as being “cinematic,” which should come as no surprise as I don’t really know anything else. My dream was to become a screenwriter, a dream that I worked at for six years, and all I had to show for my efforts was an impressive collection of cut-and-paste rejection letters. It turns out that unsolicited television pilots written on spec by unproven, untrained, and overkeen 20-somethings don’t attract the bidding frenzy that one might envisage.

When the reality dawned on me that nothing was ever going to come from this and the creeping doubts that perhaps after six years of rejections I might just possibly, maybe, not be the incredible undiscovered talent that I’d hoped, I decided to make one final, last-ditch attempt at being a writer by taking the favorite of my screenplays and turning it into a full-length, Harry Potter-sized, door wedge of a novel.

All I had to do now was learn to write.

I remember taking my G.C.S.E.s at 15? 16? (17 if you’re that weird guy with the beard and the car who got put back a year). In my English exam, I got a B. I’d like to say that I’d at least earned that modest achievement alone, but I’m pretty confident that my descriptive writing piece bore an uncanny, lawsuit-worthy resemblance to my favorite Iron Maiden song at the time.

That’s it—the extent of my previous writing experience before sitting down to write a novel, not forgetting the emergency Google searches for minor details such as “how do commas work?,” “semi-colon or colon,” and “how the hell do you punctuate speech within speech?”

Reading this back, I realise that it was actually a rather ambitious/stupid project to embark on, and yet, by sticking to what I knew best, the beginnings of a book slowly started to emerge. 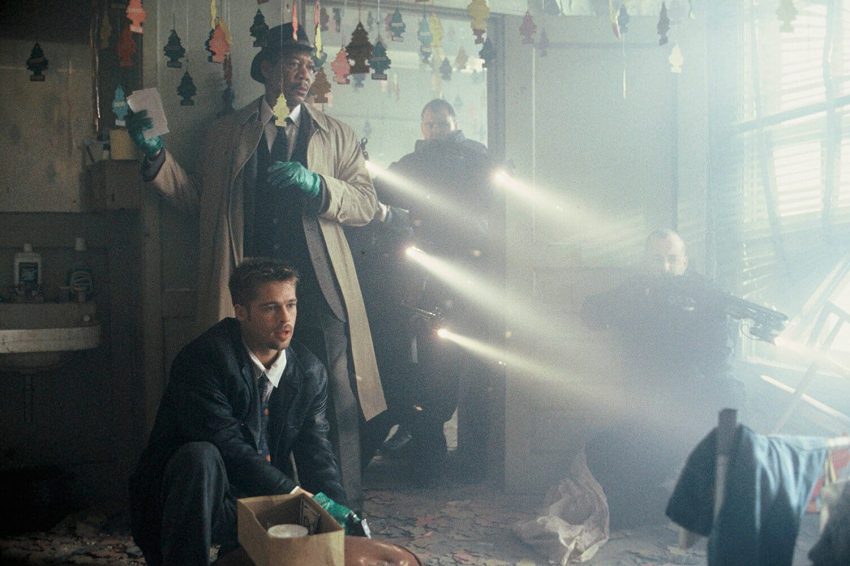 The obvious one. I still think my favorite thing about this movie is that we are never actually told where it is set. This nameless, decaying, monochrome city drowning beneath a relentless torrent of dirty rain is a character in itself—such an exhaustingly oppressive backdrop, only slightly more preferable to the rancid crime scenes to which the film takes us.

The promise of seven murders based on the deadly sins is an addictive premise utilized in Ragdoll in the form of a list of names and the dates on which they will die—and of course, there’s that ending. However, there is one way in which I actively tried to steer away from this particular movie. As much as I love it, it is a film that I revisit very seldom.

It’s an almost exhausting watch, mostly absent of any levity or respite. It is dark and uncompromising, as it is supposed to be. Contrastingly, I made a conscious decision very early on that I needed my books to be entertaining despite their darkness, and I think it’s very telling that my agent’s original pitch for Ragdoll was, “It’s like SE7EN … but funnier.” To this day, that sums it up more succinctly than anybody else has managed.

Skip ahead one year and I’ve bagged myself an agent—proof that some people actually do get bored enough to read through the slush pile. Being a first-time writer, I had obviously fallen into many of the clichéd novice mistakes, such as repetition of phrase, and I’m pretty confident that of the 100,000 words, 10-20% was made up solely of the words “glanced,” “smirked,” and “sighed.” But my agent loved the story, the way in which it was written, and the dark humor running through it that made her smirk. Keen for a second opinion, she decided to send it off to an external editor to glance through. His reaction made us both sigh.

He felt that the humor clashed with the macabre subject matter, the constantly changing perspectives were needlessly confusing, and the pacing was off—basically, all of the things I’d taken from those movies I loved so much, all of the things that I’d attempted to emulate from my heroes. A substantial rewrite was suggested, stubbornly ignored, and fortunately, things worked out, making me look incredibly wise rather than simply too ignorant to write the book in any other way. 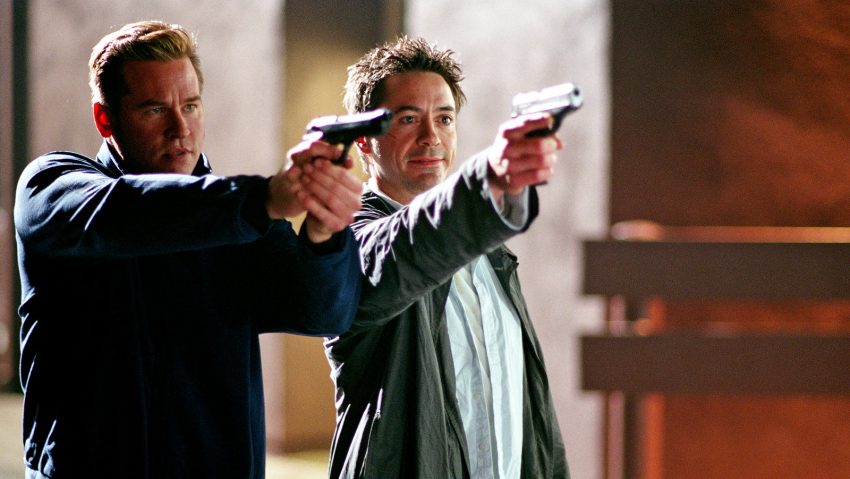 Another of my favorite movies and an example of balancing darkness and humor perfectly. The story involves cold-blooded murder, child abuse, Robert Downey Jr. crying at least twice—and yet, it’s undeniably hilarious.

Something else that Shane Black does brilliantly is provide the bad guys with personalities. No one is just cannon fodder in his movies, as anyone who has seen Iron Man 3 will attest to. In one scene, Tony Stark breaks free of his shackles and an elaborate shootout ensues. Generic henchman number 12 raises his hands, drops his weapon, and says: “Honestly, I hate working here … They are so weird.”

So, there it is—somewhere hidden within this small selection of hitmen, PIs, cowboys, and cops created by my heroes are my books. At times, I have felt a bit of an imposter due to my lack of literary expertise, but by consolidating the books’ origins here like this, I realize that aspiring to capture some of what makes these great stories great, in whatever medium, can only be a worthwhile endeavor.

Comment below for a chance to win a copy of Hangman by Daniel Cole!

Hangman Comment Sweepstakes: NO PURCHASE NECESSARY TO ENTER OR WIN.  A purchase does not improve your chances of winning.  Sweepstakes open to legal residents of 50 United States, D.C., and Canada (excluding Quebec), who are 18 years or older as of the date of entry.  To enter, complete the “Post a Comment” entry at https://www.criminalelement.com/hitmen-pis-cowboys-and-cops-how-my-favorite-screenwriters-and-directors-inspired-my-fiction-comment-sweepstakes beginning at 1:00 p.m. Eastern Time (ET) July 24, 2018. Sweepstakes ends at 12:59 p.m. ET August 7, 2018. Void outside the United States and Canada and where prohibited by law. Please see full details and official rules here. Sponsor: Macmillan, 175 Fifth Ave., New York, NY 10010.

Daniel Cole has worked as a paramedic, an RSPCA officer, and most recently for the Royal National Lifeboat Institution. Ragdoll is his first novel. He lives in Bournemouth, England.