How cool is it that King Louis XVI’s blood has been found in a squash covered with figures from the French Revolution? According to Live Science (which in this case is really Dead Science, but who cares?),

Scientists matched DNA from the blood with DNA from a detached and mummified head believed to be from a direct ancestor of King Louis XVI, the 16th-century French king Henry IV.

It’s been said that when Louis XVI’s head was lopped off by the guillotine, someone used a handkerchief to soak up the blood, then stored the bloody rag in the gourd. Great story, right? 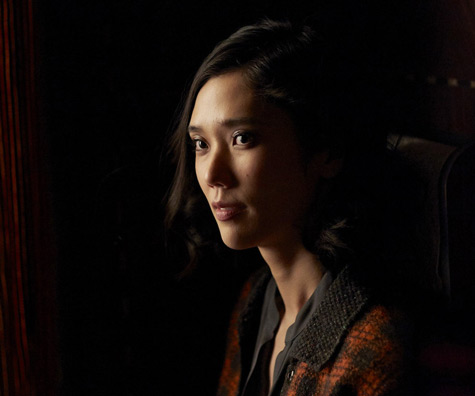 Cremains of the Day: A Digital Version of a Deceased Self

In the future, mourners may interact with beloved deceased through virtual reality. Project Elysium is the brainchild of game designers from Australia, and proposes to use a headset like Oculus Rift or HTC Vive as the gateway to a 3-D experience of the beloved who will be “inhabited” by an AI version of themselves. From… Cremains of the Day: Sex and Death from the Netherlands

“Sex and death” is a phrase with more resonance when you put Marvin Gaye on the iPod and open the lid of the 21 Grams memory-box. Artist Mark Sturkenboom of the Netherlands has created a way to… well, see, the deceased's ashes go into a… oh, we'd rather let him explain: 21 Grams is a… A Ghostly Grave by Tonya Kappes is the second in the Ghostly Southern Mystery series about a young undertaker, Emma Lee Raines, who can see the ghosts of murdered people (available March 31, 2015). This excerpt is reprinted by arrangement with Witness. All rights reserved. There's a ghost on the loose—and a fox in the…