If you remember Sam Thornton from Dead Harvest back in February, you know Heaven and Hell have been none too pleased with each other of late and that more than a few from both sides blame Soul Collector, Sam. Which means Sam has some very powerful—and sometimes scaly, squishy, and grotesque—reasons for keeping his nose clean, even if the nose is on a borrowed meatsuit.

The Wrong Goodbye, like its predecessor, works on two levels. It’s a fun adventure, a cross-country fantastical crime spree that fans of Neil Gaiman’s American Gods and the TV show Supernatural will likely enjoy. It hits all the right notes as both a buddy comedy and a horror show. Between laughing at the oil tycoon and being skeeved out by the “Bug Man,” it’s great fun, even if you just read along the surface. Look, three words: demon opium den. You need more? Cross-dressing psychic using a demon as a piñata.

Underneath, it continues exploring matters of morality, free will, and what it means to be more or less human.

“. . . We both know this job of ours is designed to chip away everything decent and human about us, until we’re no better than the monsters we work for. I, for one, am shitting myself at the very thought of that, and I reckon you probably are, too. Look, I know it’s a losing battle, trying to hold on to what makes us who we are, but I also know that isn’t going to stop me from trying. And if I had to guess, I’d say you aren’t going to, either. All I’m saying is, maybe it’d be easier if we weren’t going it alone.”

He was right, about the job part at least. See, this vocation is punishment for a life misspent—and as punishments go, it’s a doozy. Every time we take a soul, we experience every moment that brought that person to our grasp—every kindness, every slight, every gruesome act our mark inflicted. Mind you, I don’t mean we see those moments; we live them, with painful blinding clarity. Over time, it wears on you. Breaks you down. Not to mention, every time you leave a vessel behind, you lose a little of what makes you who you were in life, until eventually there’s nothing left.

Sam also finds himself confronting issues of loyalty and friendship, matters normally left to the living and usually considered beyond the providence of Collectors.

Eventually, the flame guttered and died. I thought about striking another, but something stopped me.

Ah, fuck, who am I kidding? Someone stopped me. That’s right—the bad-ass soul collector skipped a much-needed smoke to spare a damned man’s feelings. Least I hope that’s what it was. Better to admit I’m a marshmallow than that I was swayed by the dumbest argument this side of the devil made all the dinosaur bones and stuck them in the ground to deceive us.

Jesus, am I going soft? I mean, shit—if I want a smoke, I should just have one, right?

Then I shook my head and set the pack aside, cigarette and all.

Some books in the mystery/crime realm rely on characters who change very little over time, who become familiar to readers looking for a perfectly paced plot, or put characters through such desperate paces they emerge barely resembling their former selves. Sam is a little of both and he comes across as a perfect balance of the two. He’s not collecting the scars of traumas past because he’s only borrowing the bodies he inhabits. He’s technically dead, and therefore beyond a lot of the emotional breakdowns and breakthroughs that wreck the living. Yet, he’s losing little bits of himself and his soul with each new possession, each new meatsuit, each newly collected soul, each encounter with darkness. And yet, he clings. Which makes his glacial personality shifts become something to root against. You don’t want Sam to change because he’s supposed to.

Sam’s insistent attachment to the humans and their world, beyond his job, stands in stark contrast to his former friends, though to say more would feel spoilerish. And, trust me, you don’t want me giving things away. This is not one of those books where you want the back cover to tell you everything but whodunit. The fun is in the myriad surprises along the way.

Reading Dead Harvest prior to The Wrong Goodbye isn’t necessary, but chances are once you’ve read one you’re going to want to read the other. Both are tremendous fun, though I’d say I liked the second one better. Your mileage here may vary and I guess it depends on whether you’d rather have demons in a subway or on a cross-country road trip. If you even think you’d like urban fantasy, paranormal mystery, fantastical noir, or “cool book with hip cover,” you should give Sam a shot. I Still Want to Believe: The Power of The X-Files

Plenty have talked about the impact The X-Files has had on the pop culture and TV landscapes. There's no denying that it has, in one way or another, shaped the genre television that has followed in its wake. The “monster of the week” format has been emulated by numerous shows (Supernatural, Sleepy Hollow, Teen Wolf,… 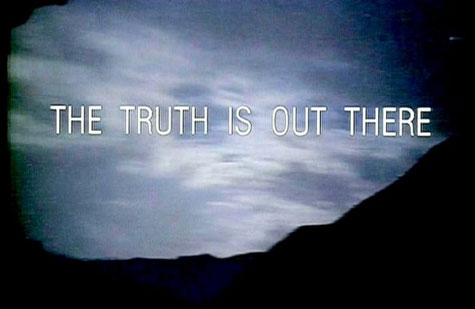 The Truth Is Out There: Looking Back at Seasons 8-9 of The X-Files

REYES: You don't care what these people have sacrificed over the last nine years, what's been lost to their cause! You make a mockery of it, gladdened it proves your point. What is the point of all of this? To destroy a man who seeks the truth… Or to destroy the truth so no man… 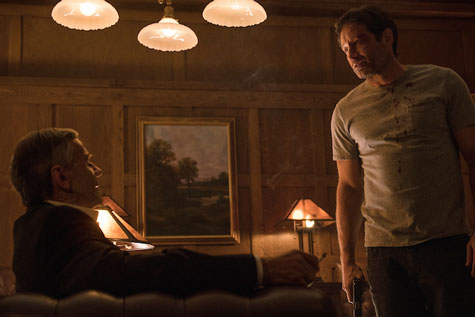 CIGARETTE SMOKING MAN: It's too late for your heroics now. MULDER: I don't believe that! CIGARETTE SMOKING MAN: You don't want to believe. Six weeks—and five episodes—ago, rabble-rouser Tad O'Malley (Joel McHale) went off the air. He picks a helluva time to resume broadcasting. It all starts with Mulder pulling yet another disappearing act. At…