Don’t Go Down in the Basement! 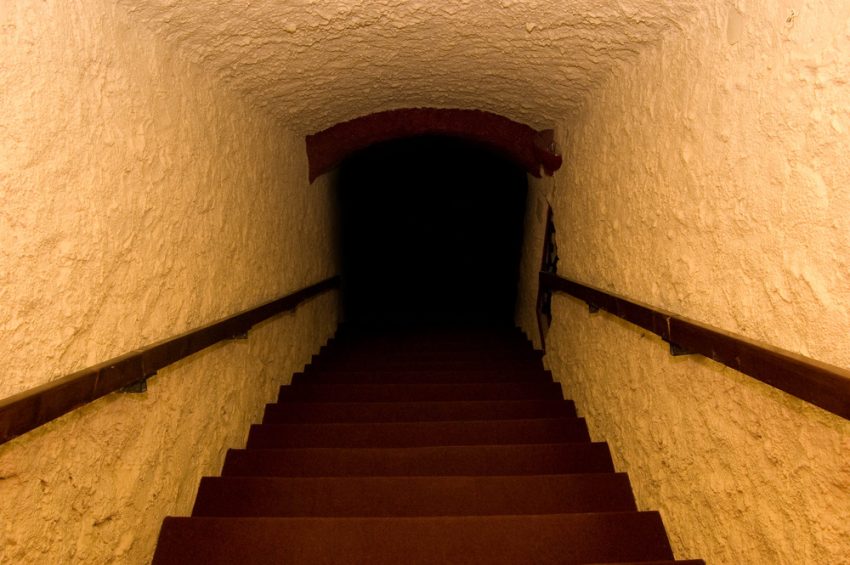 The electricity is off. The house is dark. Strange noises seep up from the basement. Our heroine lights a candle, opens a door that creaks with the sound of doom itself, and heads down into the abyss where the madman with the super-sized knife waits for her.

If you read and/or watch mystery, suspense, or horror, you’ve come across TSTL. There’s a good reason for it. We love to see our heroines and heroes triumph over circumstances and enemies that would scare us silly. Seeing ordinary men and women heroically overcome evil and danger makes us feel right can win out and maybe, if we were put to the test, we could rise to the occasion. But for our heroes and heroines to repeatedly triumph, they first have to make decisions and do (often stupid) things that put them in harm’s way.

So what’s a writer to do if she wants to write a mystery, thriller, or suspense story with lots of nail-biting scenes but still wants her heroine to appear smarter than your average dust bunny?

Of course, there are solutions. I wouldn’t be writing this if it were hopeless.

The first one is to eliminate all possible options except the really bad choice. In our basement scenario, we could fill the house with toxic fumes that would kill our heroine if she doesn’t descend into the gloom. She can use her cellphone to call 911, but there’s no way they can reach her before the poisonous gas suffocates her. As authors, it’s our world. We can make certain there are no neighbors for miles, and we can somehow alert our heroine to the fact that the killer who waits for her has booby-trapped all above-ground exits. And, voila, we’ve forced the poor woman to make a choice that might otherwise appear idiotic.

The problem is authors risk stretching credibility past the breaking point if readers find the same only-option ploy is repeated ad nauseam. I mean, how much bad luck can the universe throw at one woman?

So are there other options? Yes. As authors, we can give our heroine incentives to descend into that basement despite the danger to herself. Perhaps the madman waiting below is holding people she loves hostage and threatening to kill them if she doesn’t stumble down those stairs. Or maybe she knows he plans to set off a bomb in the next five minutes that will kill thousands of people if she doesn’t wrestle away the cellphone he’ll use to trigger the explosion.

There are also deep-seated psychological possibilities. Maybe the psychotic below killed her parents when she was a little kid. She was too young to stop him, and she’s always lived with the guilt. This is her chance to make amends and confront him before he can kill someone else’s parents.

Finally, there is the option of a sidekick convincing the heroine that an activity is low-risk when it isn’t. Or a companion may transform a low-risk situation into a high-risk one, forcing the heroine to use her smarts to extract both of them from danger.

Of course, as long as authors continue to write suspense, Too Stupid To Live—TSTL—will lurk as a potential label each time our characters get into jams because they do things anyone with common sense would avoid. But then, which of us hasn’t been TSTL on occasion? As long as they’re not TSTL all the time, it may just make our heroes and heroines seem more ordinary, more human.

Linda Lovely finds writing pure fiction isn’t a huge stretch given the years she’s spent penning PR and ad copy. Linda writes a blend of mystery and humor, chuckling as she plots to “disappear” the types of characters who most annoy her. Quite satisfying, plus there’s no need to pester relatives for bail. Her newest series offers good-natured salutes to both her vegan family doctor and her cheese-addicted kin. She’s an enthusiastic Sisters in Crime member and helps organize the popular Writers’ Police Academy. When not writing or reading, Linda takes long walks with her husband, swims, gardens, and plays tennis.