November 1, 2019
Join George Weinstein, president of the Atlanta Writers Club and author of the thriller Watch What You Say for a diverse list of Atlanta-area crime writers that he has come to know and enjoy. 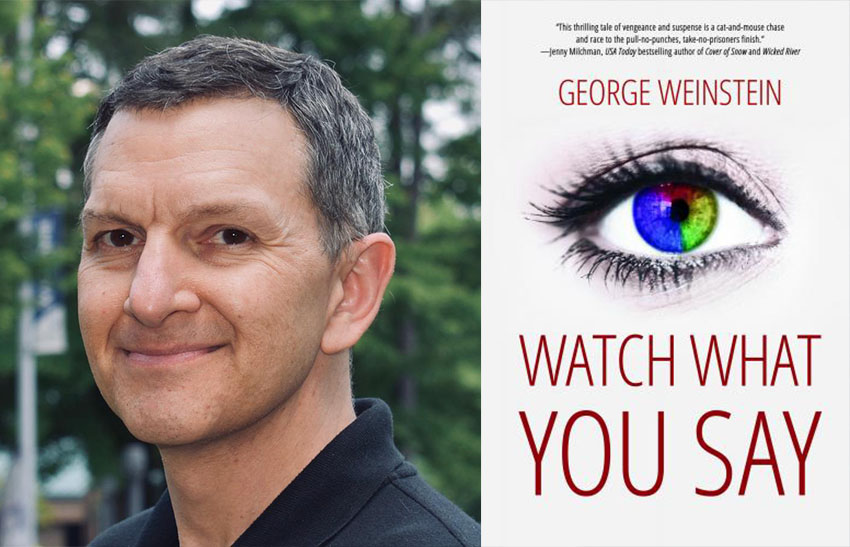 As president of the Atlanta Writers Club and director of its twice-yearly Atlanta Writers Conference, I have the privilege of getting to know a diverse blend of authors in every genre. I’m particularly struck by the varied backgrounds of our mystery, suspense, and thriller writers: police officers, lawyers, journalists, soap opera assistants, corporate executives, teachers, and many other professions. However, a common denominator among them is that to achieve success in their careers, they had to become exceptional communicators and storytellers, hooking their audiences quickly, hitting each beat, and nailing their conclusion. And they all had to become accustomed to twists, turns, and nasty surprises in their interactions with others. Little wonder they’re now crafting such compelling crime fiction! Here are some of my favorite such authors in the field today:

1. Trudy Nan Boyce received her Ph.D. in community counseling before becoming a police officer for the City of Atlanta. During her more-than-thirty-year career she served as a beat cop, homicide detective, senior hostage negotiator, and lieutenant. Boyce retired from the police department in 2008 and still lives in Atlanta. She is the author of three crime novels featuring Atlanta Police Department officer Sarah “Salt” Alt.

2. Former actor, producer, screenwriter, and behind-the-scenes soap opera assistant, Emily Carpenter graduated with a Bachelor of Arts from Auburn University. Born and raised in Birmingham, Alabama, she now lives outside Atlanta with her family. She is the author of four suspense novels and counting, including the bestselling Burying the Honeysuckle Girls.

3. Steven Cooper is a former investigative reporter. His work has earned him multiple Emmy Awards and nominations, as well as a national Edward R. Murrow award, and numerous honors from the Associated Press. Steven has lived a bit like a nomad, working TV gigs in New England, Arizona and Florida, and following stories around the globe. Now a resident of Atlanta, he is the author of six novels, including three mysteries featuring Phoenix police detective Alex Mills.

4. As a journalist for USA Today, The Philadelphia Inquirer, and The Atlanta Journal-Constitution, Larry Copeland reported on gang violence, Middle East war zones, the attacks on 9/11, the Oklahoma City federal building bombing, Hurricane Katrina, and many more stories. After 35 years as a newspaper reporter and a cabinet full of awards, he wrote The Moaning Bench, a murder mystery set in Georgia in 1980.

5. Susan Crawford grew up in Miami, Florida, where she spent her childhood reading mysteries in a hammock strung between two Banyan trees. She graduated from the University of Miami with a B.A. in English. She later moved to New York City and then to Boston before settling in Atlanta to raise three amazing daughters and to teach in various adult education settings. She is the author of two psychological suspense novels, The Pocket Wife and The Other Widow.

6. As a communications professional, David Fulmer worked in the motorsports industry as media director. He wrote and produced documentary and audio series and, during his freelance career, he worked as a welder, a renovation carpenter, a set-builder, and a bartender. As an Atlanta-based author, Fulmer has written and published ten mystery novels—including the award-winning Valentin St. Cyr series set in New Orleans—and one novella, along with several short stories.

7. Roger Johns is a former corporate lawyer and retired college professor, and the author of two Wallace Hartman Mysteries from St. Martin’s Press/Minotaur Books: Dark River Rising and River of Secrets. He is the 2018 Georgia Author of the Year (Detective/Mystery Category), a 2018 Killer Nashville Readers’ Choice Award nominee, and a finalist for the 2018 Silver Falchion Award for best police procedural. Along with four other crime fiction writers, he co-authors the MurderBooks blog at www.murder-books.com.

8. Liz Lazarus grew up in Valdosta, Georgia, where she was editor of her high school newspaper and salutatorian of her class. Lazarus graduated from The Georgia Institute of Technology with an engineering degree and Northwestern’s Kellogg Graduate School of Management with an MBA. She went on to a successful career as an executive and a consulting firm managing director. Her first thriller, Free of Malice, was drawn from Lazarus’ own experience as an assault survivor. Reader response was so encouraging that she embarked on a writing career, releasing her second thriller in the spring of 2018. Plea for Justice.

9. Penny Mickelbury was born and raised in Atlanta, Georgia. Her parents instilled and fostered her love of reading, and their interest in the events that would become The Civil Rights Movement opened the door to her interest in journalism, an interest that led her to pursue a career as a newspaper, radio and television reporter primarily in Washington, DC. Penny’s many books reflect her continued interest in the things that sparked her imagination as a child: history and mystery. She writes the Mimi Patterson/Gianna Maglione Mysteries, five books and counting, published by Bywater Books. She has two novels of historical fiction, and more to come! And in a what’s-old-is-new-again move, her recently published collection of short stories (BLF Press) is a return to her roots.

10. Jason B. Sheffield is a practicing criminal defense trial attorney based out of Atlanta, Georgia where he has defended clients in state and federal courtrooms across the country. Jason also teaches at Emory University’s College of Law as an adjunct professor and recently was invited by the US Embassy in the Republic of Georgia (formerly part of the Soviet Union) to teach jury trial techniques to criminal defense attorneys there. His debut novel, Son of a Bitch, was inspired by true events. 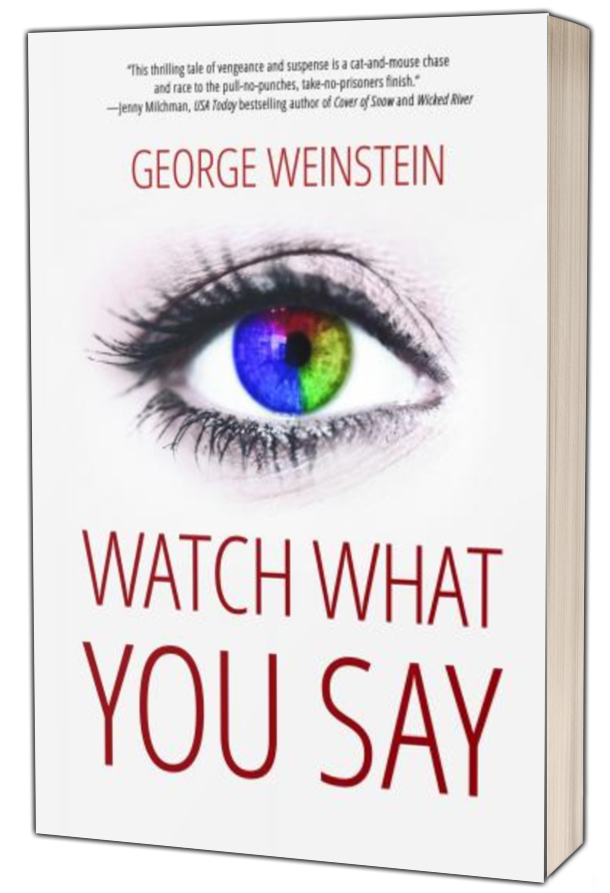 About Watch What You Say by George Weinstein:

To what lengths will a woman go to save her family? Web-radio personality Bo Riccardi is pushed beyond her mental and physical limits when her husband, Oscar, is kidnapped by a man from her dark past. The abductor commands her to interview him live on her show, with Oscar’s life on the line.

Giving in, though, creates an endless nightmare for Bo, as Oscar’s captor begins to destroy her career and alienate everybody she loves.

Bo’s secret asset is chromesthesia, seeing colorful shapes that reveal the intentions behind anyone’s speech. She can literally watch what they say. But relying too much on this gift renders her vulnerable to the madman’s purpose, making her even less likely to rescue Oscar—and escape the guilt and shame that binds her to the kidnapper.

George Weinstein is the author of the suspense thriller and 2019 Southern Independent Booksellers Alliance Okra Pick Watch What You Say; the Southern mystery Aftermath; the Southern historical novel Hardscrabble Road; the novel of forgotten U.S. history The Five Destinies of Carlos Moreno; and the contemporary romance The Caretaker. His work also has been published in the Atlanta press and in regional and national anthologies, including A Cup of Comfort for Writers. George is the President of the historic Atlanta Writers Club (founded in 1914), which he has helped to grow into one of the largest and most active writing organizations in the U.S. He has also managed the Atlanta Writers Conference for a decade, helping nearly three thousand writers make strides on their quest for publication. In 2018, readers of The Writer magazine voted the Atlanta Writers Conference the best in Georgia, casting more votes for it than any other writing conference in the nation.