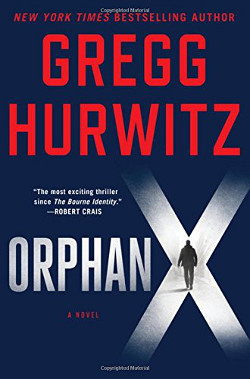 To celebrate the recent release of the 2nd Evan Smoak thriller by Gregg Hurwitz, The Nowhere Man, get a digital copy of the book that started it all, Orphan X, for only $2.99 through the month of March!

Who is Orphan X?

The Nowhere Man is a legendary figure spoken about only in whispers. It’s said that when he’s reached by the truly desperate and deserving, the Nowhere Man can and will do anything to protect and save them. But he’s not merely a legend.

Evan Smoak is a man with skills, resources, and a personal mission to help those with nowhere else to turn. He’s also a man with a dangerous past. Chosen as a child, he was raised and trained as an Orphan, an off-the-books black box program designed to create the perfect deniable intelligence asset: An assassin. Evan was Orphan X—until he broke with the program and used everything he learned to disappear. But now someone is on his tail. Someone with similar skills and training who will exploit Evan’s secret new identity as the Nowhere Man to eliminate him.

Read an excerpt from Orphan X!