Dear Girl With the Dragon Tattoo,

You are my last hope. I guess you get mail like this all the time, but I’ve tried everything else—including writing to other advice columnists. They give sappy, cringe-worthy advice which I simply can’t take. I know that you, at least, will give it to me straight. Here’s the ugly deal:

My father was extremely abusive while I was growing up, and I haven’t spoken to or seen him in years. I recently heard from my aunt that the old man wants to see me. He’s even mentioned coming over to my house and taking me for a ride in his new car.

My aunt thinks I should see him and tell him that I forgive him, even though I feel that the damage he did is too great to ever forgive. I have been having a lot of anxiety about the idea of talking to him. I am having flashbacks about the horror of what he did to me and to my mother, and I feel depressed about the whole thing. What should I do?

Oh man you have hit on a nerve here, FC. Talk about abusive daddy issues—I am the survivor of a traumatic childhood myself. There are some people who say that I am introverted, asocial, and have difficulty connecting to people because of it. Whatever. All it means is that I survived and am especially cautious concerning the male half of the human race.

I have a strong hostility towards men who abuse women and children. Now, I shouldn’t suggest that you do what I did when I was a mere girl of twelve. I hurled a Molotov cocktail into my own father’s car, leaving him with a permanent reminder of my anger and hatred.

No, FC, my advice is that you tell your aunt that forgiveness is a wasted and highly overrated attribute. If you forgive this monster of a man, what you are really saying to him is that what he did was perfectly acceptable to you. And, of course, it isn’t.

Don’t see him. Forget he ever existed. Turn off your phone. Have a couple of shots of whiskey and watch a marathon of Game of Thrones. The powerful female characters in that show will help you become stronger. Devious women—all and all survivors.

If what I have told you—the ignoring, turning off the phone and all of that—doesn’t work, invite dear old dad to come over in his brand-new car, have him roll down the window, and toss a Molotov cocktail inside. Believe me—that will let him know exactly how things will be between the two of you if he continues to try to see you. Not to mention that it will make you feel a helluva lot better.

Lisbeth, The Girl with the Dragon Tattoo Kristen Houghton is the author of nine top-selling novels, including the best-selling new series, A Cate Harlow Private Investigation. She is hard at work on book 3 in the series. This summer, she will begin writing a series that features a paranormal investigator with distinct powers of her own. 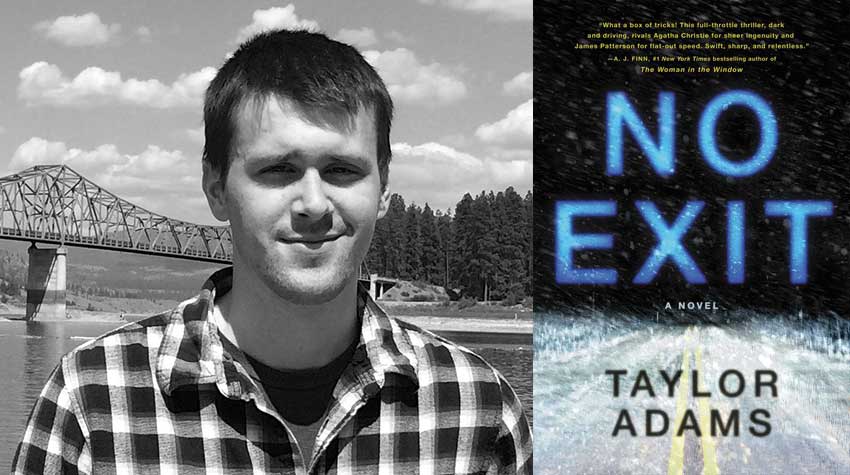