Without further ado, let’s dive right into my picks for Best Books of April 2019! 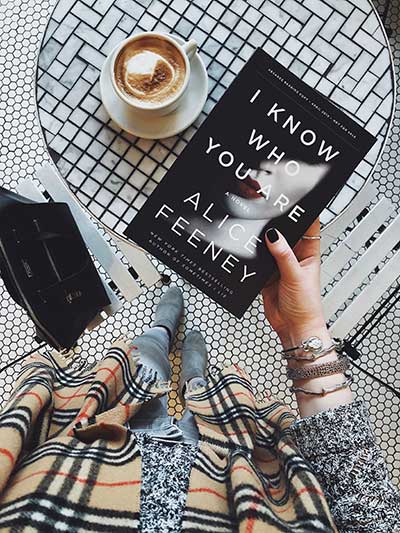 I Know Who You Are by Alice Feeney

Alice Feeney has quickly cemented herself as a must-read author in the psychological thriller space. Her debut, Sometimes I Lie, was a knockout, and her sophomore thriller, I Know Who You Are, is just as addictive and even darker than her first. This is a genuinely nail-biting, page-turning read—a story that begins with a simple premise and twists and turns its way into something genuinely disturbing. I Know Who You Are opens with a disappearance. Protagonist Aimee Sinclair returns home from work one day to discover her husband has vanished. There’s no sign of foul play, and his possessions are all where they should be… but he’s gone without a trace. Aimee, an actor by profession, quickly finds herself under suspicion from the local police. Aimee is hiding something—but it’s not what they think. Told in alternate timelines (which are woven together to fantastic effect, I might add!) this book explores the legacy of childhood trauma—the way it can shape us as adults, and how far we will go to keep it hidden from the world. Alice Feeney has done it again. If you love twisty, buzzy psychological thrillers, pick this one up immediately. 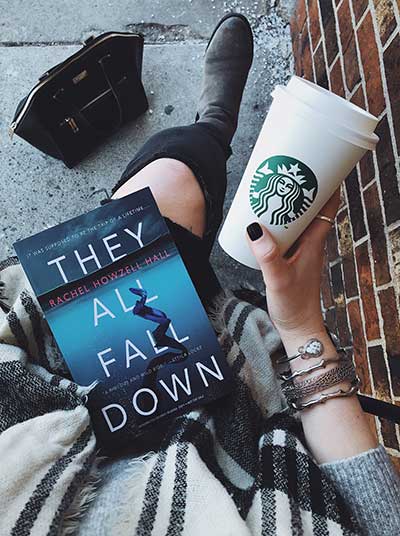 They All Fall Down by Rachel Howzell Hall

Inspired by the Agatha Christie classic And Then There Were None, Rachel Howell Hall’s razor-sharp take on the locked room mystery is thoroughly modern and thoroughly addictive. This book begins with a premise familiar to Christie fans: a woman receives a mysterious invitation to a remote island. Along with six other strangers, our protagonist sets off on what is supposed to be a luxurious getaway… but what she finds on the island is nothing like she expected. A familiar premise, right? But that’s where the familiarity ends. Rachel Howzell Hall takes this classic mystery setup and expertly melds it into something distinctly contemporary and fresh. Brimming with (intentionally) unlikeable characters, this book won’t suit readers who want “comfort” reading; the men and women who fill this book’s pages represent the worst humanity has to offer. In fact, the author cleverly draws parallels between her characters and the Seven Deadly Sins—and then gives her readers a front-row seat as, one by one, they all meet gruesome ends. Combine this sinister plot with a vivid backdrop and lush-yet-deadly atmosphere, and They All Fall Down is a great choice for summer reading. This is a wickedly entertaining take on the “locked room mystery.” 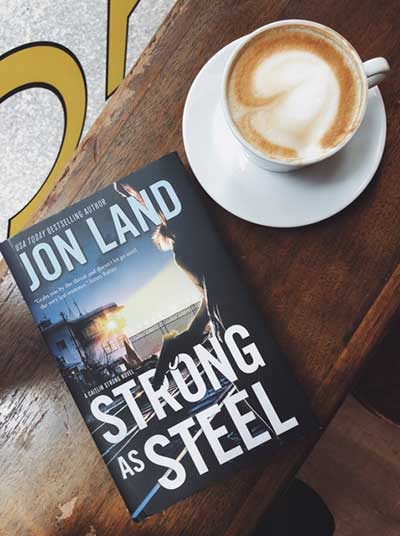 Strong as Steel by Jon Land

If you’re a fan of action thrillers, chances are you’ve already discovered Jon Land’s critically-acclaimed Caitlin Strong series—but if not, consider this your friendly reminder to check these books out. Strong as Steel is the 10th installment in this highly entertaining series featuring Texas Ranger Caitlin Strong, and it delivers. In the 1980s, Texas Ranger Jim Strong was involved in the investigation of a case of mass murder on a freight train linked to missing cargo for which no record exists. In the present day, his daughter Texas Ranger Caitlin Strong finds herself on the trail of that very same mysterious cargo. When skeletal remains are found near an excavation site in the Texas desert, the stakes are raised. Can Caitlin overcome a bloody mystery that has been building for years? I’m not typically an action thriller reader, but I found in Jon Land’s books a compelling female lead who always keeps me coming back for more. Add in pulse-pounding suspense, plenty of thrills, and tons of unexpected twists and turns to this plot, and you’ve got a genuine page-turner. (Bonus, for those of you looking for an action thriller that’s a bit outside the box: there are threads of this story that even venture into ancient history and lore! Land isn’t afraid to push the envelope.) 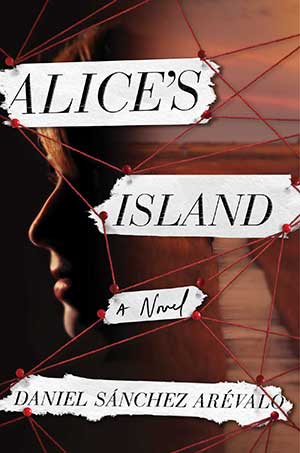 This psychological thriller’s cover is seriously gorgeous and made me instantly curious about the story contained within its pages. I love the sense of place this cover conjures up–it’s atmospheric and very intriguing!

Plot summary, from the publisher:

A happily married woman’s perfect life shatters when her husband turns up dead hundreds of miles away from where he should have been, and she suddenly discovers that there was a part of him she knew nothing about.

Alice Dupont’s perfect marriage was a perfect lie. When her husband, Chris, dies in a car accident, far from where he should have been, Alice’s life falls apart. After the police close the case, she is left with more questions than answers. While learning to cope with her loss and her new identity as a single mother of two, Alice becomes obsessed with unraveling the mystery surrounding her husband’s death and decides to start her own investigation. Retracing her husband’s last known whereabouts, she soon discovers clues that lead her to a small island near Nantucket.

As she insinuates herself into the lives of the island’s inhabitants in an effort to discover what they knew about her husband, Alice finds herself increasingly involved in their private lives and comes to a disturbing realization: she has been transformed into a person she no longer recognizes.

In seeking an answer to what her husband was doing before he died, Alice discovers not only a side of him she never knew, but sides of her own character she has never explored. Part mystery, part moving family drama, part psychological page-turner, Alice’s Island is a novel whose vivid characters hold the reader rapt right up until the final page. 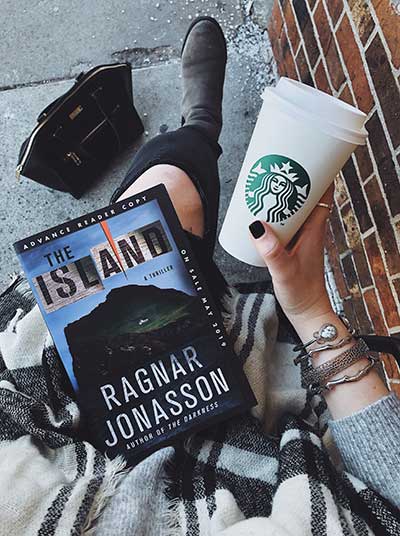 The Island by Ragnar Jonasson

Just when I think I couldn’t possibly love Ragnar Jonasson’s books more, he outdoes himself once again. The Island is the second installment in Jonasson’s superb series featuring Reykjavik police officer Hulda Hermannsdottir, and it’s truly an exceptional read. Atmospheric, chilling, and masterfully plotted, The Island is crime reading perfection. I’ll save my full thoughts on this one for my May column, but if you’re a fan of Jonasson’s, or of Nordic Noir in general, you absolutely must save space for The Island on your May to-read list. In the meantime, learn more about The Island below!

Take our GIF-Guided Tour of The Island

Plot summary, from the publisher:

Autumn of 1987 takes a young couple on a romantic trip in the Westfjords holiday—a trip that gets an unexpected ending and has catastrophic consequences.

Ten years later a small group of friends go for a weekend in an old hunting lodge in Elliðaey. A place completely cut off from the outside world, to reconnect. But one of them isn’t going to make it out alive. And Detective Inspector Hulda Hermannsdóttir is determined to find the truth in the darkness.

Ragnar Jonasson burst onto the American scene with Snowblind and Nightblind, the first two novels in the Ari Thor thriller series, and the praise was overwhelming. With The Darkness, he launched a new series featuring a completely new sleuth, Detective Inspector Hulda Hermannsdottir of the Reykjavik Police department. The Island is the second book in this series.