Check out the cover of Murder Knocks Twice, the first mystery in a new series from Susanna Calkins set in 1920s Chicago, and pre-order your copy today! 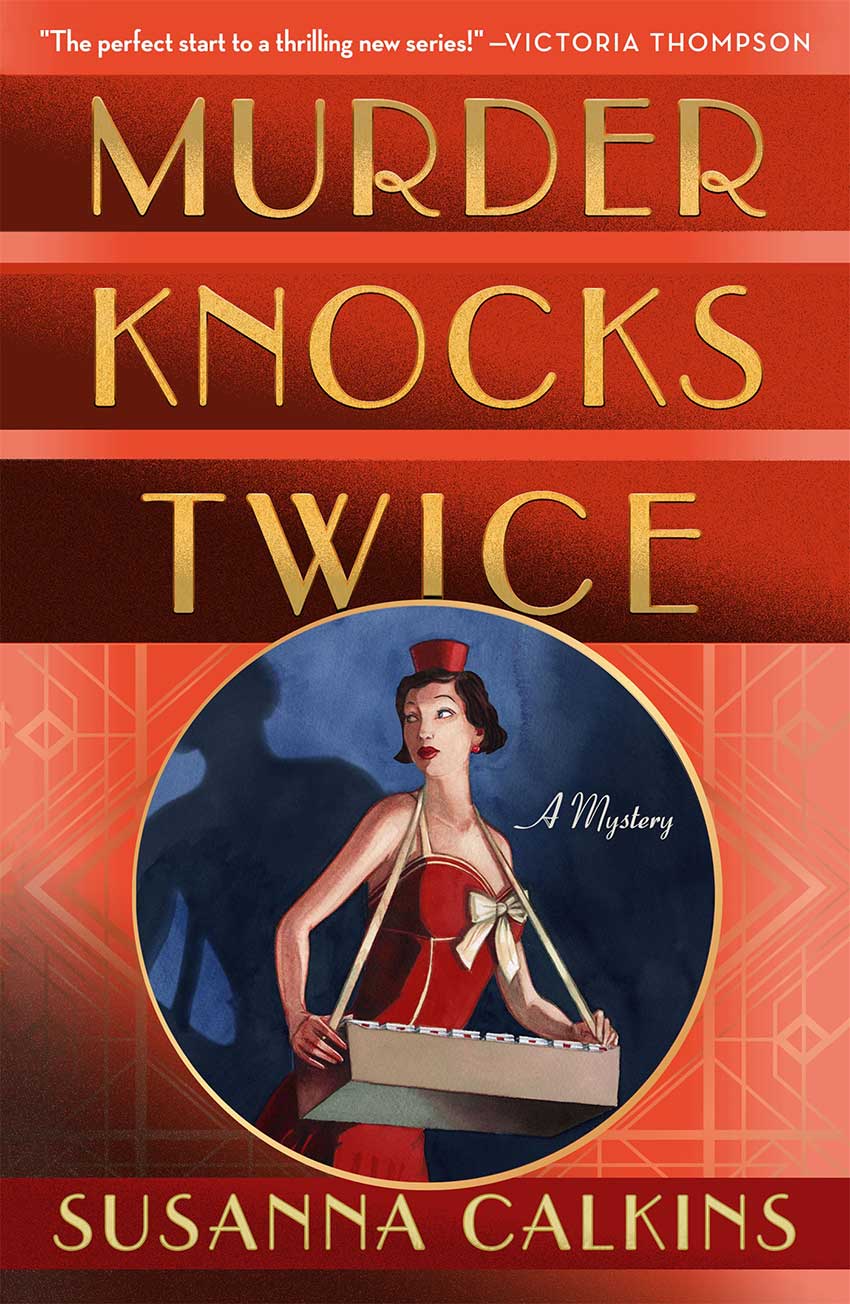 Gina Ricci takes on a job as a cigarette girl to earn money for her ailing father—and to prove to herself that she can hold her own at Chicago’s most notorious speakeasy, the Third Door. She’s enchanted by the harsh, glamorous world she discovers: the sleek socialites sipping bootlegged cocktails, the rowdy ex-servicemen playing poker in a curtained back room, the flirtatious jazz pianist and the brooding photographer—all overseen by the club’s imposing owner, Signora Castallazzo. But the staff buzzes with whispers about Gina’s predecessor, who died under mysterious circumstances, and the photographer, Marty, warns her to be careful.

When Marty is brutally murdered, with Gina as the only witness, she’s determined to track down his killer. What secrets did Marty capture on his camera—and who would do anything to destroy it? As Gina searches for answers, she’s pulled deeper into the shadowy truths hiding behind the Third Door.

What Have We Done by Alex Finlay: Cover Reveal

More: Read our review of The Night Shift by Alex Finlay

c h a p t e r 1 Boston—1993 It happens in November. You are walking down Beacon Street when you feel a chill settle deep within you. It’s the kind of feeling you know won’t let go till the warmest spring day arrives with plans to linger. Or perhaps you are being followed. You…