Cover Reveal: Into the Fire by Gregg Hurwitz

Take an exclusive first look at the cover for Gregg Hurwitz's new Orphan X thriller Into the Fire! 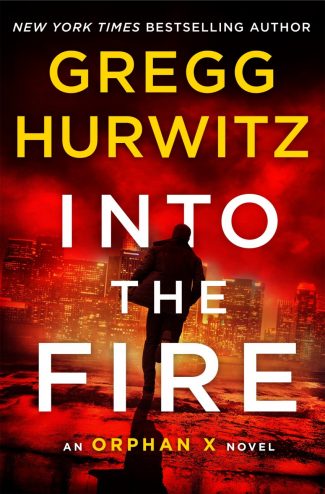 Enjoy this exclusive first look at the cover for Into the Fire, the latest in Gregg Hurwitz’s New York Times bestselling Orphan X series—available from Minotaur Books on January 28th, 2020.

Evan Smoak lives by his own code. Trained as an off-the-books government assassin, Orphan X, after breaking with the Program, reinvented himself as The Nowhere Man, a figure shrouded in shadows who helps the truly desperate. Now with his deadliest enemies behind him, Evan is facing a new challenge—what is he going to do now that no one is after him?

Max Merriweather is at the end of his rope. Separated from the woman he loves and barely scraping by, his life takes a darker turn with a text from his father: Your cousin Grant was killed last night. Recalling an envelope Grant had given him two months prior with instructions to give it to a reporter should anything happen to him, Max soon discovers the reporter is missing and his apartment ransacked. Out of options, he calls The Nowhere Man.

Together, they find themselves tangled in Evan’s most challenging mission yet, one that he can’t survive on his own, sending him out of the shadows and Into the Fire.