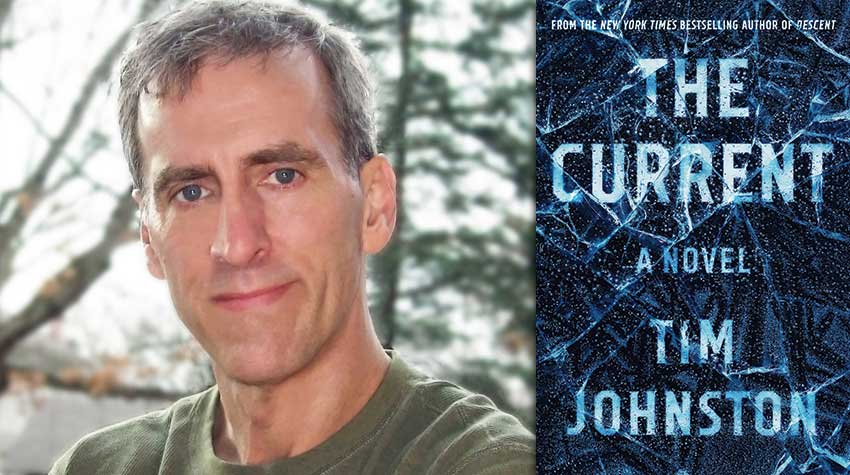 After the divorce, it was settled that my little sister would live mostly with my mother, while my two older brothers and I would live mostly with our father. A lawyer himself, our father—tasked all at once with the rearing of three unruly boys—naturally fell back on what he knew. As a result, my brothers and I were exposed at an early age to the principles, and often the consequences, of due process. To what extent this parenting style shaped our futures is inconclusive: one son knew at age 10 that he wanted to be a lawyer too, while another seemed hellbent on becoming the kind of person who would often need one. As for the third and youngest boy, if he was not exactly brimming with lawyerly promise (he was not), neither did he seem totally suited to a life of crime. On the moral teeter-totter of his world, with one kind of brother at each end, he rode the middle zone—though when he tipped, he tipped toward trouble.

Take, for example, the incident of the pulled fire alarm.

I was in middle school, and my friend Randy B and I were skipping second period, wandering the empty halls, when he dared me to pull the fire alarm. That is: he dared me to pretend to pull it. To put my hand on the little red handle as though I were going to pull it.

Not much of a dare, as dares go, except that we were standing just around the corner from the principal’s office, and that made it juicy. That made it irresistible.

The little red handle seemed to hum when I gripped it, like something alive. It wanted me to test it, to see how fixed it was, how resistant to pulling. And so I leaned back a bit, and I turned to give Randy B a look, a smirk of victory—and was suddenly sitting on the floor. The alarm was blaring like the end of the world, and Randy—pausing just long enough to register facially just how screwed I was—turned and flung himself toward the exit. 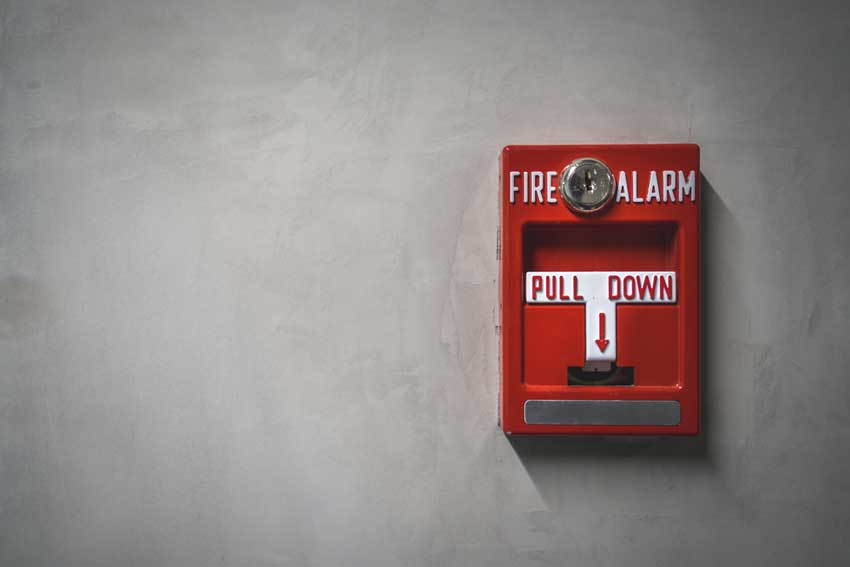 In those first stunned seconds, my feet and my heart and my brain were all in agreement: Get up and run, you idiot—and do not stop. But if I was a boy of considerable foot speed in those days—as any smart-mouthed little troublemaker had better be—I was also the son of a lawyer, a man who’d taught his children the meaning of right and wrong, the importance of lawful behavior, and the total irrelevance of all such things once you get busted. And it was that kid who knew that running when the school fire alarm has been pulled is exactly the worst—the most incriminating—thing you could do.

And so I walked. With that alarm clanging away in my heart, I walked through the exit, made my way to the opposite side of the building, and blended myself into the ranks of students filing peaceably out. Randy had the same idea, I saw, but we did not speak and did not make eye contact. The important thing now was to stay cool—to wait for the all-clear and file back into the building with our peers and go on with the day as if it were any other day.

And this I did, and with such faithfulness to character that, come fourth-period art class, that fire alarm all but silenced in my heart, I got my hands on one of Miss. P’s ink pads and set about staining my fingers a rich navy blue. Why?

Well, why the hell not?

Five minutes into fifth period, I was in the halls again—not skipping class this time but on my way to see Vice Principal H.

I knew Mr. H well and believed he harbored a kind of head-shaking fondness for me, thinking I was not a bad kid, not really, but only pretending to be one to get attention. He expected me to grow out of such nonsense, I understood, and if not make something of myself, at least do the world no real harm.

On this day, he waved me into his office and closed the door and told me to take a seat.

He leaned on his desk awhile in silence, then sat down in the chair beside me.

I showed him, and we stared at my blue-stained fingers. 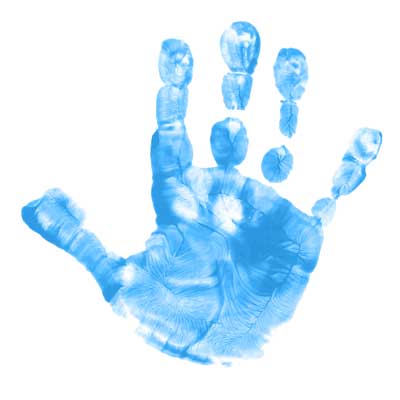 He asked how I got blue ink on my fingers, and I told him the truth: fourth-period art class, the borrowed ink pad. Idiotic, immature, to be sure, but hardly worth a visit to his office. But then he told me what happens when a middle school fire alarm gets pulled—it shoots blue ink on the puller’s hand—and a series of realizations began to dawn on me:

I wanted to get Miss P up here; I wanted to get those kids who’d witnessed my handiwork with the ink pad. But Mr. H had moved on, explaining that when the fire alarm gets pulled, the fire department is alerted and must respond, which costs the school district a lot of money—a lot of money, he repeated. A report of vandalism must be filed, and cops must be called in.

Detectives … would I rather talk to a detective?

I did not want to talk to a detective. I wanted to talk to my lawyer.

And at that thought, the prospect of explaining all this to my father, Mr. H got his confession—a blubbering, shameful one in which I swore it was an accident, that I never intended to pull the alarm, I was just messing around (I did not mention Randy B; I may have been a vandal but I was no rat).

In the end, my father was called, he and Mr. H talked, and I was sent home. Two days later, I got the verdict: I was to see a child psychologist. A shrink. “It’s the best deal you’re gonna get,” my father told me, and I burned with shame and anger. That I was, in fact, guilty, did not concern me. What mattered was that the evidence that nailed me was entirely, randomly, freakishly circumstantial. 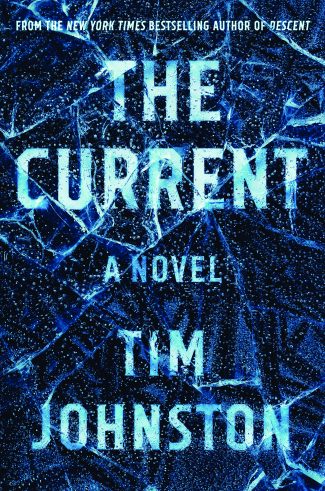 In my new novel, The Current, a lawyer tells a young woman, “Justice is blind, but she also can’t see worth a shit.” Not to equate my little tale of school vandalism with what happens to this young woman—or any other injustices of real consequence in the real world, like wrongful conviction, like victims who are not believed, like the guilty walking free. But I can see the connection between that boy with blue ink on his fingers and a fiction writer motivated by the themes and ideas of his upbringing: themes of guilt and innocence, for instance; ideas of perception and reasonable doubt, which are the qualifiers that make absolute fact, or objective truth, seem entirely impossible the moment the wheels of justice are set in motion—the moment someone, somewhere, breaks the law. Or is accused of it. At that moment, due process is only one component, and possibly the least consequential, of what happens next.

In real life, two boys wander an empty school hallway, and there are consequences.

In The Current, two young women stop for gas in the middle of the night, in the middle of nowhere, and lives are changed forever. There’s time and place, and there’s deciding to do one thing and not another—that moment of choice—and then there’s everything after.

I pulled that fire alarm. I did it. But all these years later, I feel the pang of being accused of it—and confessing to it—for the wrong reasons. I wonder how I ended up in Mr. H’s office that day, really. Had word gone out to teachers to look for a kid with blue ink on his hands? Do school fire alarms even shoot blue ink when pulled, or had Mr. H, seeing the ink on my fingers, improvised that little detail on the fly? If so, my hat is off to the man.

Or did my little friend, facing his own choices and consequences—hearing the clanging alarms of his own heart—rat me out?

Tim Johnston's newest novel is The Current (2019, Algonquin). He is also the author of the New York Time's bestselling novel Descent (2015, Algonquin), the story collection Irish Girl (2009, UNT Press), and the YA novel Never So Green (2002, Farrar, Straus & Giroux). A New York Times, USA Today, and Indie National bestseller, Descent has been published internationally and optioned for film. The stories of Irish Girl have won an O. Henry Prize, the New Letters Award for Writers, and the Gival Press Short Story Award, while the collection itself won the 2009 Katherine Anne Porter Prize in Short Fiction. Tim holds degrees from the University of Iowa and the University of Massachusetts, Amherst, and was a carpenter for most of his adult life. He was the 2015 Iowa Author, and currently lives in Iowa City, Iowa.