Book Series Binge: Introduction from Murder at the Brightwell by Ashley Weaver

April 1, 2020
Read on for Ashley Weaver's introduction to her Amory Ames Mystery series beginning with Murder at the Brightwell.

Plus for all of April, get the eBook of Murder at the Brightwell for just $2.99. 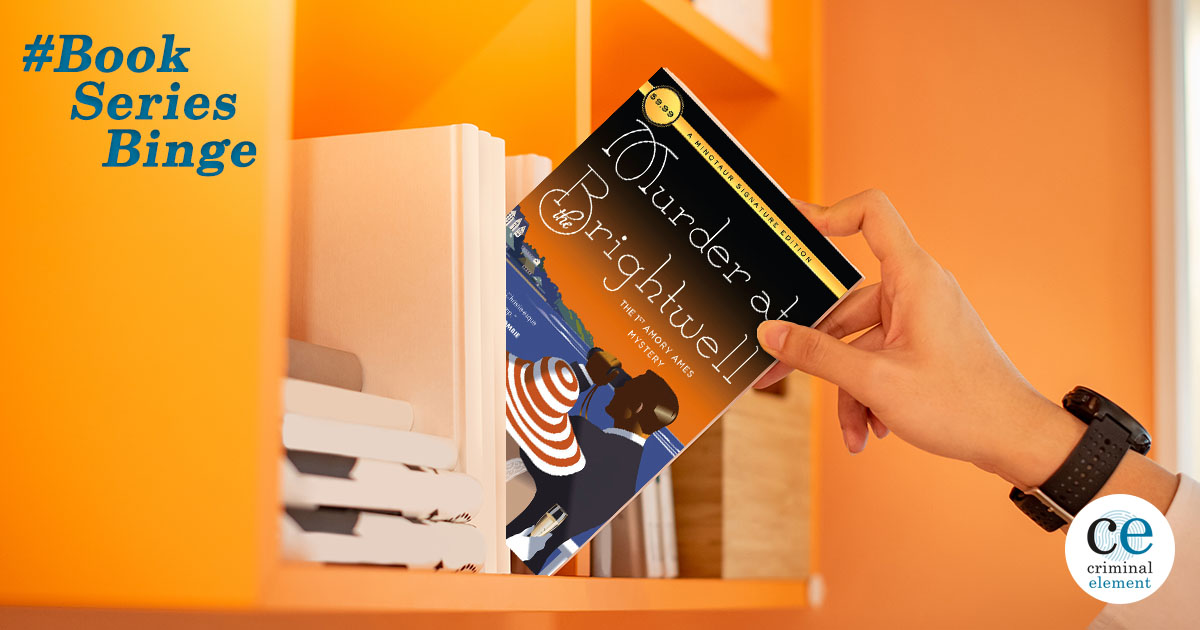 For as long as I can remember, I’ve loved mysteries. As a child, I owned bookshelves full of mystery novels, and trips to the library would fill my arms with stacks more, which I brought home and promptly devoured. I was drawn to the allure of the unknown and how all the little pieces of the puzzle fit together to make the picture complete. I wrote my first “book” in elementary school, an adventure featuring a brother-and-sister detective team. That was the start of my love of writing, and I began to dream of one day being a mystery author.

Fast-forward twenty-odd years, and one night I had a dream featuring a woman named Amory Ames. Upon waking, I couldn’t remember anything from the dream other than her name, but I thought she sounded like an intriguing character. I sat down and started writing, and Amory Ames was born. Right from the start, I had a very strong idea of who I wanted her to be. I pictured Amory as an intelligent, elegant, and confident woman who is very at home in her 1930s upper-class surroundings. In de pen dent and modern, she is well equipped to solve the mysteries that cross her path.

People often ask why I chose to set the novel in the 1930s. Really, I never considered otherwise. Perhaps it was that Amory came to me as a fully formed character, her time and place already determined. Or perhaps it was that the 1930s have always had a special appeal for me. I grew up watching black-and-white films from that decade and fell in love with their glittering portrayals of glamorous and sophisticated people. Amory fits perfectly into that world. The shifting dynamic between the traditional social conventions and the newfound freedoms of an emerging modern era creates interesting challenges for the clever and level-headed Amory, who must balance societal intrigues with a troubled marriage to her charming-but-wayward playboy husband, Milo.

When I began thinking of the setting for a mystery novel, my mind went at once to the seaside. What better place to plot a murder than at the beach, the sudden violence a startling contrast to the natural tranquility of a coastal resort? The Brightwell Hotel materialized, along with a cast of potential suspects, and Amory Ames was ready to solve her first mystery with Milo’s reluctant aid. As they navigate the tangled threads of hidden motives and secret agendas, Amory and Milo discover that they make an excellent detective team—and that murder just might be the remedy for a marriage on the rocks.

Murder at the Brightwell is the culmination of my childhood ambition to be a mystery author and a nocturnal nudge from my brain about a young woman named Amory Ames; so, in a way, it has become a double dream come true. I loved bringing Amory to life in her first adventure, and I hope you find in its pages all the enjoyment I found in writing it!

Get the eBook of Murder at the Brightwell for only $2.99 this April!