Book Review: Under the Cold Bright Lights by Garry Disher 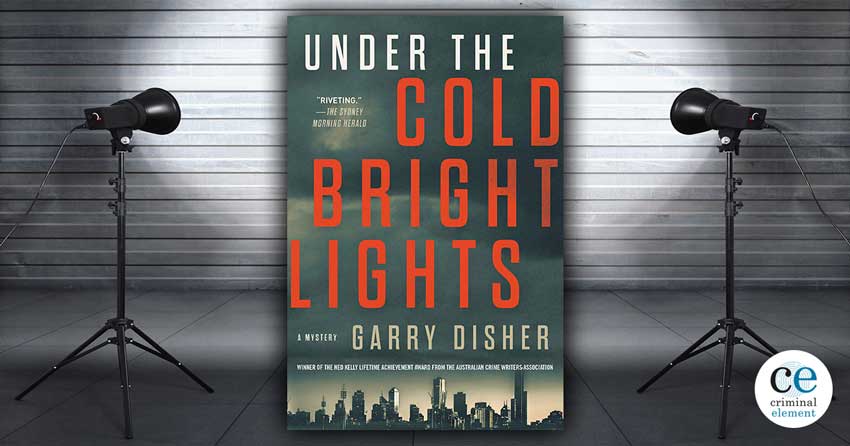 Under the Cold Bright Lights by Garry Disher is an Australian police procedural featuring Alan Auhl, a once-retired homicide detective who has been recruited to return to the force to work cold cases.

Acting Sergeant Alan Auhl retired from the Melbourne Homicide Division years ago, but he was recently recruited back to man the police department’s Cold Case and Missing Persons Unit in order to free up the attention of younger detectives for the more pressing work of investigating active crimes. Not everyone is appreciative of the older man’s return, however, including his mistrustful younger unit colleagues, who aren’t afraid to call him names to his face even as they grudgingly acknowledge the need for his contributions:

Auhl the retread, expected to run an experienced eye over unsolved murders, accidental deaths and missing persons cases thought to be suspicious. Identify those that might now be solved with the benefit of new technology. Identify those that had been mishandled or underinvestigated; those in which new information had come to light. Liaise where necessary with other squads, including Homicide and Major Crimes. Push for the retesting of old DNA samples. Have another shot at any alibi witness who might have fallen out with the suspects. Track changes wrought by time—a crime scene that was now a car park, for example. A key figure since deceased, disappeared overseas, suffering dementia or now married to the chief suspect.

The workload is a lot to expect, even from a veteran with 30 years of police work under his belt. But as Auhl persists in earning the confidence of his squad, he finds himself slipping easily back into the detective work he’s always been good at.

The case that takes up most of the unit’s attention is their most recent: a skeleton was found with no identifying papers or features under a concrete slab in recently purchased farmland. Auhl is also preoccupied with the anniversary of the death of John Elphick, whose daughters call annually to remind him that the coroner never conclusively ruled that the death wasn’t murder.

Then, surprisingly, a former suspect calls the police to accuse his wife of attempted murder, never mind that he himself was considered a person of interest in the deaths of his first two spouses. Auhl had been in charge of the inquiries into the second wife’s death and had been convinced enough of Dr. Alec Neill’s guilt that he’d tried to warn Neill’s then-girlfriend against continuing her relationship with him:

Back when Dr. Alec Neill’s second wife died as mysteriously as his first, Auhl was the Homicide Squad sergeant in charge of the investigation. His team had never been able to prove anything but Auhl, convinced of Neill’s guilt, had had a quiet word with Neill’s new girlfriend, a hand therapist employed at one of Neill’s hospitals: Don’t let yourself become murdered wife #3.

“He’ll get tired of you, Janine. He’ll meet someone new and he’ll fake a suicide or an accident.”

She’d given him a look of disgust and walked off.

Alas, his advice hadn’t taken. But could Janine really be turning the tables on her homicidal husband now? It’s almost too much for Auhl to ask for, especially when he gets emotionally involved in the personal life of one of the tenants of his large home, a woman named Neve Fanning, who had fled her abusive husband with their daughter, Pia, in tow. Lloyd Fanning wants more time with his daughter and is happy to mischaracterize his neglectful, or worse, treatment of her as the disordered ravings of his paranoid ex. With the help of smooth lawyers and biased expert witnesses, it looks like he might be able to win custody of Pia altogether.

While Auhl had been an exemplary member of the police force in his original 30-year stint, he soon finds himself losing patience with the slow turn of the wheels of justice as Neve engages in a futile battle to protect her daughter. And the more he sees of the cold cases that are under his purview, the more he realizes the damage that can be done in letting perpetrators continue to wreak harm unpunished. The question is: how far is he willing to go in order to see justice served?

Under the Cold Bright Lights is a gripping page-turner of a book with a truly likable hero. Auhl must wrestle with his own morality as he faces a flawed system that threatens to allow for more harm than it prevents. Award-winning author Garry Disher expertly weaves together Auhl’s different cases and dilemmas to create an authentically Australian standalone police procedural with a memorably different kind of protagonist—one I’m hoping will be able to take his big heart and keen sense of empathy to more crime novels in the future.