April 20, 2020
He knows all her favorite foods, music, and movies, her son adores him, and he was there when she needed him most. The perfect husband. He checks all the boxes. The question is, why? 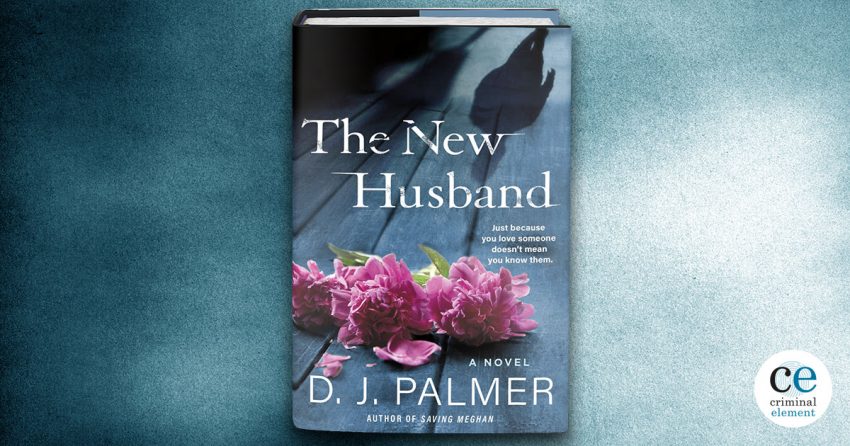 It’s been eighteen months since her lying, cheating husband disappeared, and Nina Garrity is ready to move on. Emotionally, that is. Physically, she’s loath to leave the town she’s raised her now-teenaged children in. So when her new boyfriend, Simon Fitch, suggests they move in together so they can share the cost of living in Seabury, Connecticut, she’s only too happy to accept. Her high-school-aged son, Connor, gets along well with the social studies and robotics teacher, though her slightly younger daughter Maggie resents Simon’s very presence in their lives and holds out hope that her dad isn’t dead as presumed. Maggie stubbornly believes that Glen will come back and all will be forgiven. To this end, she’s only too happy to antagonize the hapless Simon, who’s been trying his best to enforce Nina’s rules for the kids without trying to overstep his bounds:

Simon’s face got red. He was powerless, and I was enjoying every second of it. He was nothing—a nonentity, a ghost person. He could talk and I didn’t have to listen, because he didn’t make the rules here.

“Look, Maggie, I’m not trying to replace your dad, but I am trying to do what your mom asked. Please now. Cooperate.”

I pointed the remote at the TV like a gun and turned the volume up louder.

And that’s when I saw it. It was brief, just the flicker of a super-disturbing, dark look on Simon’s face that came and went. I’d gotten in trouble plenty of times for being mouthy, or disobedient, or whatever, but I’d never, ever, seen a look like that before. It was full of hate, but somehow also empty, as cold as an ice storm—the only word I could think of was “soulless.” I could imagine him smashing my skull in with a hammer with that same look on his face.

At first, Maggie is perturbed by this side of Simon that apparently only she can see. But as Nina and Simon begin to differ in their opinions of Nina’s role in the family, Maggie realizes she has an opportunity to expose Simon for who she feels he truly is. The question is, how far can she push before unleashing something she can’t control?

Interspersed with chapters from Maggie’s viewpoint are Nina’s far more reasonable ones, as she struggles to pull her life back together after discovering Glen’s betrayal. Simon has been a godsend in the months since, but the increasing tension between him and Maggie is putting Nina on edge. Fortunately, she has her best friends, Susanna and Ginny, to help point her in the right direction.

“Have you talked to somebody?” Susanna asked with concern.

“I talk to you girls,” Nina said defensively.

“No, I mean somebody professional,” Susanna said.

“A therapist,” Ginny added, not that the clarification was needed.

Maggie and Connor were both seeing a therapist, but for some reason, Nina hadn’t found one for herself. Everything was still so raw that talking about it felt like poking an open wound. And then, when Simon came along, her life seemed to stabilize. The welcome distraction from her troubles had made it possible to suppress her feelings, but maybe no more. Maybe her friends were right. The move was a trigger, and perhaps the time had come to get real help. She should have done it ages ago. She was a social worker and honestly knew better. But then again, the cobbler’s kid not having proper shoes was a trope for good reason.

Nina is an easy heroine to root for even as her boyfriend and daughter put her in the crossfire of their battle for what each believes is right. Throughout the novel, the question of what is considered healthy behavior, particularly when it comes to relationships, is raised in ways that highlight how easy it can be for control to be mistaken for love. Looming over everything, however, is the question of what really happened to Glen that fateful day that he went out on his fishing boat and never returned, leaving behind his grieving family and a man all too willing to help them pick up the pieces.

A domestic thriller with unexpected twists, The New Husband ends with a heartfelt plea for empathy and forgiveness. It’s very easy to judge others, as the Garrity women experience throughout this novel, but it’s much more important to extend a helping hand, or at least a willing ear, to those in need. Personally, I thought Glen still had a lot to answer for, but the story wrapped up satisfyingly otherwise.