June 23, 2020
In a series debut for fans of Tana French and Kate Atkinson, set in Dublin and New York, homicide detective Maggie D'arcy finally tackles the case that changed the course of her life. 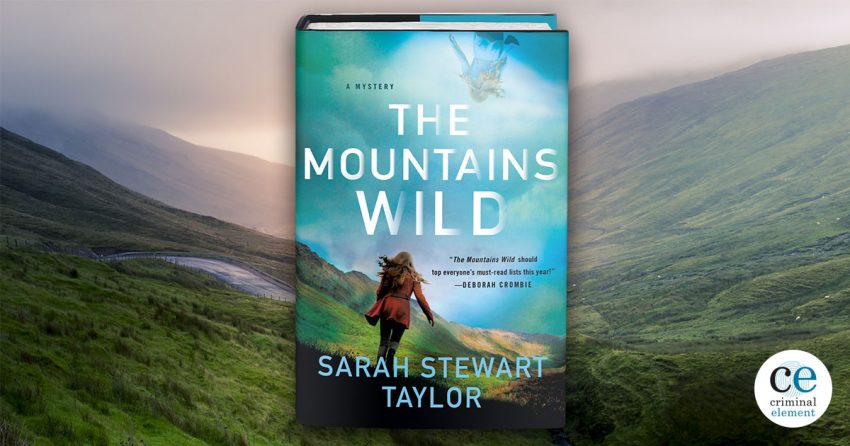 Maggie D’arcy’s life was shaped by her relationship with her cousin Erin Flaherty. They were as close as sisters: Erin lived with Maggie’s family on and off for years.  Erin’s dad, Danny, owns Flaherty’s, an Irish bar on Long Island. Sarah Stewart Taylor has a dab hand in bringing locales to life, like Flaherty’s bar through Maggie’s eyes:

Instead I look up at the framed photographs and posters on the walls of the bar: Bobby Sands, Gerry Adams, the tricolor, a framed copy of Yeats’s “Easter, 1916,” some newer stuff too: a Michael Collins movie poster, a signed and framed Dropkick Murphys album. The standard American Irish bar kit.

This is not to minimize the cross-Atlantic ties of affection and family loyalty to the old sod: they are deep and solid. Erin knew very little about Brenda, her absentee mother, except that she was Irish: Maggie’s mom confided to her that Brenda had trouble staying in one place. Erin had that in common with her mother. She was always trying to get away. Erin went to Ireland in 1993, in search of her roots. Sadly, one day Erin’s roommates called Uncle Danny to say Erin had been missing for days. Danny was in no shape to travel so Maggie said she’d go. She stayed in Dublin for weeks and weeks, living in Erin’s flat, shadowing the police, and investigating on her own, to no avail.

Taylor skillfully weaves three different time periods together, in a non-linear fashion: Maggie and Erin’s childhood, from little girls to early twenties, 1993, when Maggie goes to Dublin in search of a missing Erin, and finally Maggie’s return to Dublin in 2016. Like real life, it’s complicated and messy: the narrative is infused with significant details and asides.

The abortive search for Erin changed Maggie’s life. Instead of pursuing academia (she had gone to “Notre Dame for English and focused on Irish Studies”), she returns to Long Island and tends bar. Maggie tells a fellow female detective, Griz, a member of the Gardaí, of the “frustration of not finding” Erin in 1993.

I wanted to know, you know? And it drove me crazy that we didn’t know. There were these two cops, detectives on the organized crime squad, and they came into my uncle’s bar all the time and I loved listening to them discussing their cases. I asked them how someone could become a detective, and it turned out that the academy was giving the test that summer. Like you, I just . . . jumped. It was hard when I was in uniform, when I had a baby. The fucking sexism. It’s better now, though. Too.” I smile. “The homicide squad is my place. I love it there.”

“He left a message. On the phone here at the bar. It was just, ya know, ‘Mr. Flaherty, this is Detective Roland Byrne with the Irish police whateveryacallit, the Guards whatever.’”

“Garda Síochána.” I remember the pronunciation. Garda Shee-uh-cahna. Guardians of the Peace.

“Yeah. He just said I should call him as soon as I got the message.”

“Nothing else. Whaddya think, Mags? Ya think they found her?” I can hear him starting to choke up. He has high blood pressure, a failing heart. I can’t let him get too worked up.

Maggie calls up Detective Roland “Roly” Byrne. He reassures her there are no remains, just a scarf, “printed with butterflies.” Maggie knows the scarf, she had given it to Erin for Christmas. Just like twenty-three years earlier, Maggie absorbs her uncle’s despair and agrees to go to Ireland on his behalf and her own.

Maggie recalls the months she spent in Ireland in 1993, when she fell into Erin’s world as best she could, tracking down clues and leads…and falling in love with a city and perhaps one inhabitant.

I had come to love Dublin at night. It wasn’t romantic, exactly, not Paris or even New York. When I think of Dublin now, I think of empty stretches of sidewalk, skittering leaves at dusk, sideways rain. Lights on the Liffey. The looming darkness of the Dublin mountains on one side and the wide emptiness of the sea on the other. The sudden burst of sharp yeasty warmth that hit you when you got inside the door of a pub.

Readers might be forgiven for thinking police investigations in Ireland run on Guinness.

The Maggie who returns to Dublin in 2016 is a gifted profiler, able to internalize massive amounts of information and sort it out into patterns; to triangulate. That’s the expertise she brings to the re-opening of Erin’s case and a recent incident. Niamh Horrigan, a twenty-five-year-old teacher disappeared in the same area where Erin was last thought to be. Can Maggie’s expertise make a difference this time?

Dublin is different too, awash in money, although not every boat has been lifted by the rising tide of high-tech commerce. Roly picks Maggie up at the airport and takes her to her hotel.

There are new buildings, a new bridge, shaped like a harp. But then I see Trinity and the bottom of Grafton Street and I get my bearings again before we turn. “You should see her old neighborhood,” Roly says. “It’s all Facebook and Google offices down there.”

Omnipresent in The Mountains Wild is the treacherous countryside where Erin was thought to have disappeared. Other young women lost their lives there too. The mysterious mountains were the site of ancient skirmishes and battles, and secret religious rituals in days gone by. Maggie feels their significance in 1993, when she hiked in with Emer, one of Erin’s roommates.

The clouds crowded in around us: I had the sense of the looming shapes of the mountains ahead of us and all around us, but I couldn’t see them through the mist. The woods got thicker as we went. We were back in a fir tree plantation now and there was something menacing about the uniform shapes of the trees, the way they reached toward the sky. When I turned around, I could no longer see the road. We were all alone in the woods.

Where are you, Erin?

Taylor explores how childhood and our twenties inform and shape our entire lives, albeit with red herrings galore. The Mountains Wild is the first of a new series. Criminal profiler Maggie D’arcy is a believable, dogged guide to despicable behavior. Long ago, Uncle Danny gave the girls a template for sorting out sheep from goats: “there are two kinds of people: people who live in their own skin and people who wear their skin like a costume.” An older, wiser Maggie understands that people who had an agenda were either to be avoided—or apprehended by the Gardaí or the police, depending on which side of the Atlantic one is on.