October 4, 2019
Survive the year. In Garner County, girls are banished for their sixteenth year, because they are told they have the power to lure grown men from their beds, to drive women mad with jealousy. This is Kim Liggett's The Grace Year. 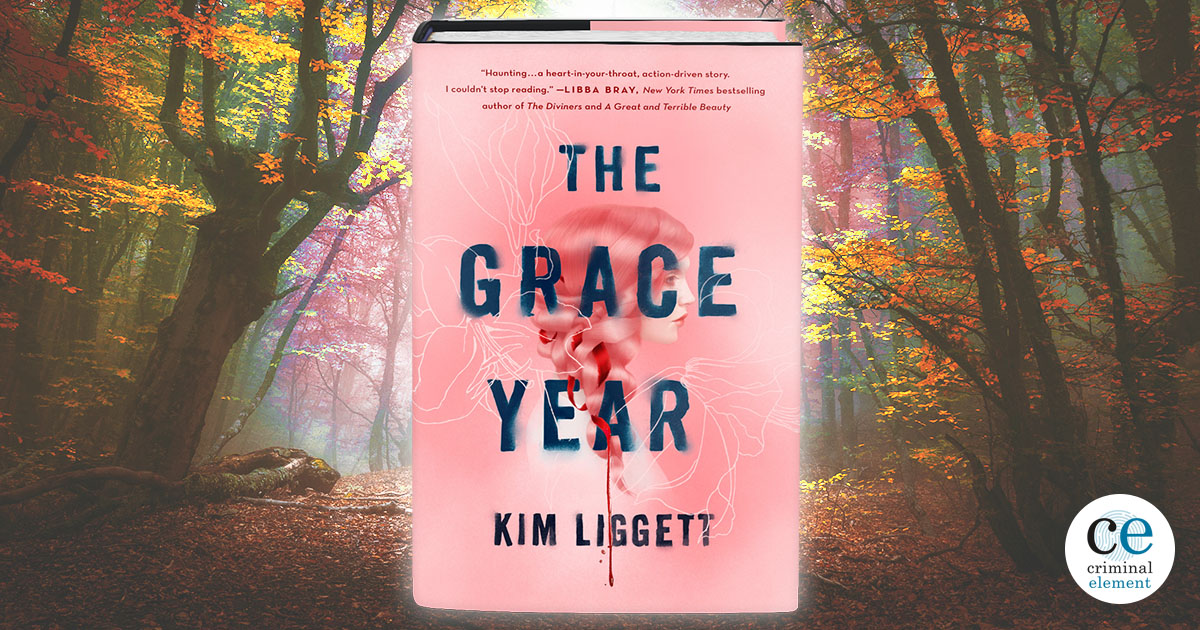 At the end of every summer, the 16-year-old girls of Garner County are banished to live in the wilderness for a year. This is so that they can safely rid themselves of their “magic”, the potent ability that runs wild in their veins and allows them to ensnare the good, honest men of the county with their sexual wiles. It is forbidden to speak of what happens to the young women who go on the “grace year,” as it’s called, but the ones who come back return different, and often broken. The ones who don’t come back doom their younger sisters to a life lived on the outskirts of the County, to service those good, honest men in prostitution when the girls finally come of age.

Clearly, Garner County is a messed up place. Our narrator, Tierney James, understands this on a visceral level, but having nothing to compare it with, doesn’t know what to do to make it better. It doesn’t help that at night she dreams of women coming together to fight injustice, dreams that are strictly forbidden and that she shares only with her best friend, Michael Welk, another dissatisfied soul. In fact, many things are forbidden in the County, from dreams to individual hairstyles, anything that might offer the women privacy and hope. On the threshold of her own grace year, Tierney begins to feel more than just the casual oppression that has marked her entire life till then:

As my mother reaches for the red silk to tie off my braid, I feel a twinge of panic. This is it. The moment I’ll be marked with the color of warning… of sin.

All the women in Garner County have to wear their hair the same way, pulled back from the face, plaited down the back. In doing so, the men believe, the women won’t be able to hide anything from them–a snide expression, a wandering eye, or a flash of magic. White ribbons for the young girls, red for the grace year girls, and black for the wives.

Up till now, Tierney has been investigating the grace year as much as she can, despite the strictures against discussing it. She and Michael have picked up hints here and there, but nothing will prepare her for the reality of life away from civilization. After she and thirty-two other girls are marched off into the woods, they find themselves living in a walled encampment some days journey away from Garner County. Castrated guards are stationed outside the walls to protect them from poachers, men who will kill a grace year girl and render her into parts for the magic purportedly trapped in her body, but it’s really their reputations as magical creatures that will shield them… at least from the killers outside. For it’s the predators on the inside who may do the most lasting, if not outright fatal, damage.

Charismatic mean girl Kiersten Jenkins has always been Tierney’s nemesis, but away from the constraints of civilization, everything about her sharpens, from her leadership qualities to her sense of self-preservation to her utter ruthlessness and savagery. She isn’t completely blind to the oppression that the women of Garner County face, but she does lean into the grace year with a ferocity that frightens Tierney:

“Don’t threaten me.” I tighten my grip on the axe. “There’s no reason we have to die here.”

“We all die, Tierney.” The corner of her mouth twists up. “In the county, everything they take away from us is a tiny death. But not here…” She spreads her arms out, taking in a deep breath. “The grace year is ours. This is the one place we can be free. There’s no more tempering our feelings, no more swallowing our pride. Here we can be whatever we want. And if we let it all out,” she said, her eyes welling up, her features softening, “we won’t have to feel those things anymore. We won’t have to feel at all.”

A cross between The Handmaid’s Tale and Lord Of The Flies, The Grace Year is a compelling dystopian narrative that deftly explores the psyche of teenage girls forced to live in a repressive theocracy. Tierney is a heroine at once sympathetic and flawed, but in a realistic way that only makes you want to root harder for her. Even more than her resourcefulness, her kindness is one of the most compelling things about her.

I did find it a little difficult to track the passage of time in the wild, and if not for the chapter breaks that coincided with the seasons, I would have been quite lost, but it does add to the air of impermeable madness that takes over when the young women are left to their own devices. This is a really great cautionary tale that builds upon its influences (you can also see a dose of Arthur Miller in there) to present a highly readable, highly relevant tale for our times. There’s also, perhaps surprisingly, quite a good murder mystery in there, too, as well as a measure of romance, making for a thoroughly well-rounded read.