Book Review: I Know Who You Are by Alice Feeney 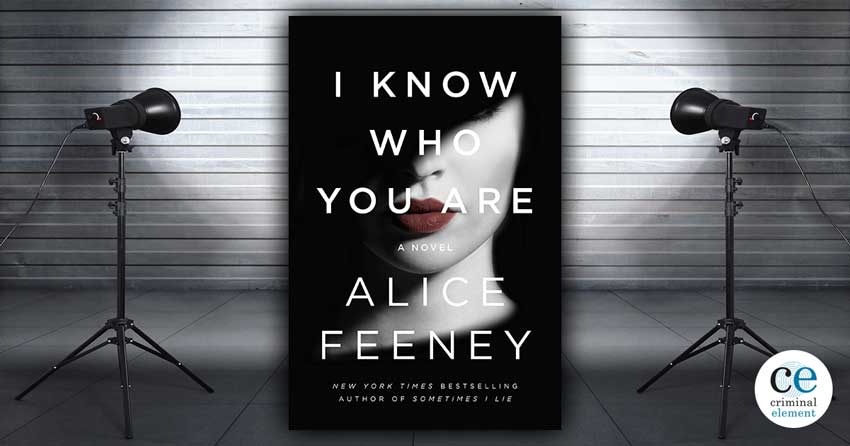 In I Know Who You Are, Alice Feeney proves that she is a master of brilliantly complicated plots and killer twists that will keep you guessing until the final page.

Unreliable narrators are hugely popular right now, and Alice Feeney puts a neat twist on the trope with Aimee Sinclair. Aimee is a London-based film actress who is finally getting recognition in her mid-30s. Her husband, Ben, is a journalist. He’s strong and handsome, and they make a lovely couple.

But even the most perfect couples have problems sometimes, right?

In fact, Aimee and Ben have been having some problems lately that have been threatening to crack the perfect façade that Aimee has crafted of her life. Then, she comes home one day and discovers Ben is missing after finding a bouquet of flowers with the message, “Sorry.”

I search the house again, but he isn’t here. He isn’t hiding. This isn’t a game.

Back out in the hall, I notice that the coat he always wears is where he left it, and his shoes are still by the front door. I call his name one last time, so loud that the neighbors on the other side of the wall must hear me, but there’s still no answer. Maybe he just popped out.

Without his wallet, phone, keys, coat, or shoes.

A series of words whisper themselves repeatedly inside my ears.

Then the carousel of words stops spinning, finally settling on the one that fits best. Short and simple, it slots into place, like a piece of the puzzle I didn’t know I’d have to solve.

My husband is gone.

That’s strange enough, but Aimee soon discovers that her bank account has been emptied out by someone that looks very much like her—and who claimed to be her. All in all, it’s been a puzzling few days for Aimee.

The cops begin to get a bit more aggressive in their questioning. Aimee knows she didn’t do anything to Ben—or did she? She knows she was angry with him and that he was cruel and aggressive toward her. It didn’t help that once they were married, he refused to give her the child she so desperately wanted. But she wouldn’t kill him, would she?

Aimee was diagnosed with an unusual type of amnesia, so is it possible that she could have hurt Ben and forgotten about it or blocked it out? Surely not. But why are there no recent pictures of Ben around the house, and why are all of his things missing from the attic?

And that’s where things get complicated and very, very twisted. Interwoven with the present-day narrative is the story of a girl’s tragic childhood in the ‘80s. She was taken by her family and forced to replace the deceased child of two bookies. And Maggie and John are not particularly nice people. She didn’t dare contradict Maggie and John, lest she face horrible consequences. They both abused her physically, and while Maggie’s abuse consisted of well-timed slaps, John’s abuse was of a different variety.

As Aimee does her best to live her life without Ben while under constant scrutiny by the cops, things start to snowball, and readers likely won’t know what hit them. I thought I knew where this one was going, and I had no idea.

The big twist is something right out of Psycho, and not what you’d call subtle. You’ll be dying to know just what the heck is going on. It’s also hard not to root for Aimee, who seems to be living in a waking nightmare. You’ll want to allow some time for this one because you won’t want to put it down.

Take a visual tour through I Know Who You Are with GIFnotes!