Book Review: Have You Seen Me? by Alexandrea Weis

August 18, 2021
In Alexandrea Weis's atmospheric thriller, Have You Seen Me?, someone will do anything to keep Waverly Preparatory School's dark past buried—along with anyone who gets in their way. 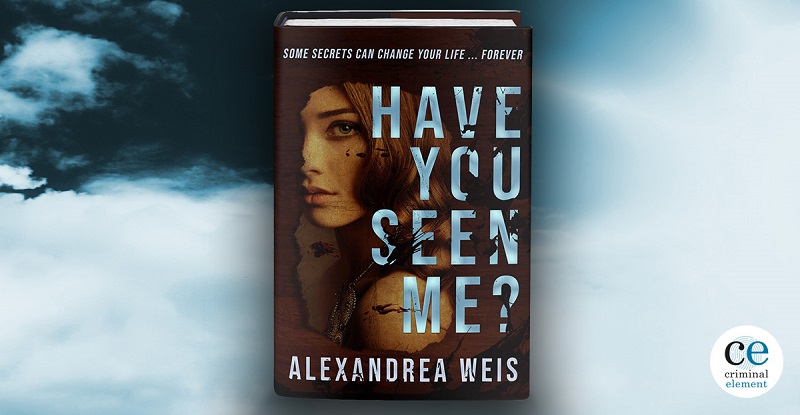 Aubrey LaRoux has mixed feelings about returning to Waverly Preparatory School. As a Black scholarship student, she’d been relentlessly bullied by rich, popular Marjorie Reynolds, and had fallen under suspicion when Marjorie abruptly disappeared. As Marjorie’s body was never found, the school maintains to the present day that Marjorie simply ran away. At worst, she trespassed onto the treacherous bayou terrain that is ostensibly off-limits to students and met a tragic end. Aubrey never quite believed the explanations, but was happy to graduate and put that chapter of her life behind her.

Or so she thought. A decade later, she’s back at Waverly, having qualified as both history teacher and housemistress. The positions pay well, and Aubrey is hoping to lay some of her ghosts to rest, too… until she sees a flyer for another missing student, vanished only a few days before she arrived. She’s shocked at how much the young woman’s picture reminds her of Marjorie until she discovers that Lindsey Gillett is, in fact, Marjorie’s younger half-sister.

Like Marjorie, Lindsey appears to have been a polarizing figure on campus. Headmistress Sara Probst is convinced that, like her sister before her, Lindsey merely ran away, and that this isn’t at all a big deal. Aubrey is less concerned about efforts to find Lindsey, which she knows are out of her control, than about the impact the disappearance may have on the student body, especially given the school’s history of missing girls.

“What about the students?” Aubrey argued. “This can weigh on young minds. They might need counseling or at least access to some professional help. I find getting students involved, and not cutting them off from a crisis, helps them cope.”

Sara’s lips thinned into an unamused smile. “This is not a crisis. And they already have access to all those things. Discussion groups, counseling, advisors–whatever the board sees fit. I don’t want this unfortunate event distracting students from their studies and overtaking the school. We have kept things quiet and will continue to do so.”

This kind of blinkered thinking only makes Aubrey more determined to offer her students any support they need, a trait that will soon be exploited by a group of five friends with mainly Lindsey in common. Lindsey had told popular London, jock Hartley, rebellious Bella, horse-mad Jenna, and nerdy Cal that she was investigating what happened to her half-sister all those years ago. Now she’s gone missing as well, and her friends don’t know who to trust in their search for the truth.

Bella and Cal think they ought to give their new teacher a shot: she might have been around in Marjorie’s time, but there’s not much chance she could have hurt Lindsey. Plus, her attitude seems genuinely caring, and as faculty she can go places they can’t. Hartley is less certain, as he fears she may still narc them out to the headmistress or otherwise interfere with their plans:

Jenna came up to him, her lips extended into a pensive line. “Lindsey took a chance on us. She befriended us, got to know us, started this group of ours, and only then did she trust us with her secret. Maybe we should do the same with Ms. LaRoux. See what she does with the truth. It’s the only way to know for sure if she’s on our side.”

As Aubrey and her students gradually become a team, they begin to uncover Waverly’s darkest secrets, just as Lindsey had. And just as Lindsey had, their team falls afoul of someone willing to kill to protect the school. Even with hunky new sheriff Mason DuBois on their side, they can’t stop a killer from picking them off one by one. Will anyone be left to find justice for Marjorie and Lindsey, or will the school and the dark, surrounding waters of Bayou Teche succeed in obscuring the past once more?

This entertaining boarding school murder mystery (one of my favorite subgenres!) segues seamlessly into a slasher tale, with just a smattering of romance in the burgeoning relationship between Aubrey and Mason. Fast-paced and with a surprisingly high body count, this book leavens the despair engendered by the horrific murders with a genuinely strong emotional bond between Aubrey and her students. I was also impressed with Alexandrea Weis’s gift for misdirection despite the relatively small cast, nearly all of whom I suspected as being the killer over the course of this book.

Have You Seen Me? ends on an ambiguous note, leading up to what’s hopefully a sequel. I’m certainly looking forward to reading it!