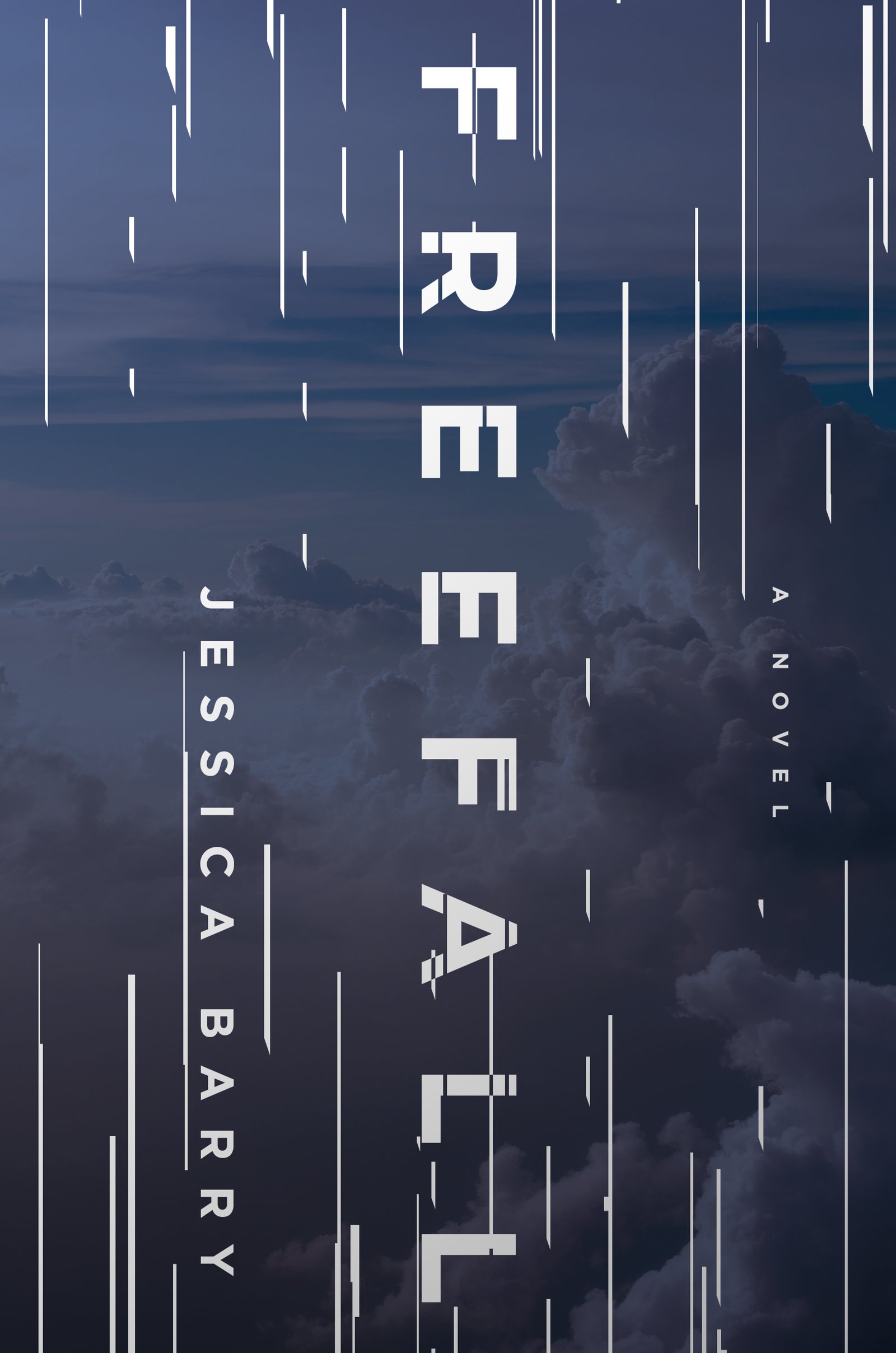 Freefall by Jessica Barry is a thriller about a plane that crashes amidst the Rocky Mountains and the woman who is the sole survivor and has a reason much bigger than herself to stay alive.

Maggie Carpenter’s world is shattered when she learns that her 31-year-old daughter, Allison, has been in a plane crash over the Colorado Rockies and is presumed dead. Maggie and Ally haven’t spoken since Maggie’s husband, Charlie, died of cancer two years ago, and Maggie blames herself for that. The reason for the disconnect is heartbreaking, but Maggie didn’t realize that her heart could be broken even more. It turns out that Ally was in a private plane with her fiancé, pharma CEO Ben Gardner, and although Ben’s body has been recovered, Ally’s has not, which kindles a small flame of hope in Maggie’s heart. However, that hope dies when an explosion consumes the plane, leaving no doubt, at least in the minds of authorities, that both passengers of that plane didn’t survive.

However, in her wildest dreams, Maggie could never have imagined what really happened when that plane crashed. Ally survived, and getting out of the unforgiving woods is her first order of business. Once Ally gets free of the wreckage after realizing she’s the sole survivor, she assesses her physical state.

I look down at my body. The pain is like an echo, reverberating through me but distant somehow, remote.

I could get an infection, I could bleed out. I could die. So many ways to die.

I pull off my leggings. The gash on my left leg is deep, nasty, and uneven. I pull the button-down out of my bag, rip a strip from it, and dip it into the bottle of rubbing alcohol. I work the cloth into the cut, the pain cleaving me in half. When I see again, my breath comes out ragged. I can see a sliver of white—the cut went down to the bone.

Things could be better, but Ally is, as readers will discover, a survivor, and she has a reason much bigger than herself to get out of those woods.

Read More: Jessica Barry on How to Write Survival Fiction

Meanwhile, Maggie is struggling to come to terms with Ally’s death and the circumstances that led to her estrangement, and though her old friend Linda, the wife of the local police chief, has been wonderfully supportive, Maggie doesn’t want a witness to her grief, and she soon starts to feel like the walls are closing in on her.

The silence that settled in when she left was a blessing at first, but after a few hours of the ticking clock and the pad of Barney’s paws on the tone floor, I started feeling claustrophobic. Everything, absolutely everything in the house, reminded me of Ally.

As the neighbors start sending casseroles to Maggie’s front door (Owl’s Creek, Maine is nothing if not insular), Maggie is climbing the walls. Her Allison was strong. Her Allison is a survivor. But one thing is blindingly true: Maggie didn’t really know Allison anymore, not since she moved to San Diego after her dad’s death. To cope, Maggie sets out to find out who Allison was.

By all appearances, Allison was living a glittering life with the handsome, ridiculously wealthy Ben Gardner, but all that glitters is certainly not gold. As Allison reveals, her life before meeting Ben was grim: waitressing at a club that catered to rich and powerful men yielded plenty of cash, but self-respect was collateral damage, and it becomes obvious in her telling that Ben saw Allison as a beautiful doll meant to be on his arm, charm his friends, and fulfill his every fantasy. It’s an empty existence that the formerly vibrant Ally chafes against, even as she tries to convince herself that she truly loves Ben. However, that love is called into question when a man approaches her with explosive information on Ben’s company. He claims that a drug meant to help women with postpartum depression is causing alarming (to say the least) side effects and that Ben and his cronies are covering it up. It’s unconscionable, and the old Ally never would have stood for it, but can she break free from the life she’s fallen into?

As thriller readers know, large sums of money tend to attract really bad people, and they are determined to keep their dirty secrets under wraps. Ally certainly isn’t safe, and neither are the people she loves, especially Maggie. Luckily, Maggie, a retired librarian, has some skills of her own up her sleeve, and she’s determined to find out what really happened to Ally, at any cost.

Readers that are looking for a lightning-paced read, with a mother/daughter relationship at the core, will find a lot to like. Maggie and Ally’s alternating chapters create urgency, and Barry does a particularly great job with Maggie, a woman who is suffering debilitating grief, but finds strength and purpose in finding the truth. This one will keep readers turning the pages, and there’s even a nifty twist in the final act.