October 12, 2021
Fan Fiction is Brent Spiner’s explosive and hilarious mem-noir that takes a personal look at the slightly askew relationship between a celebrity and his fans... 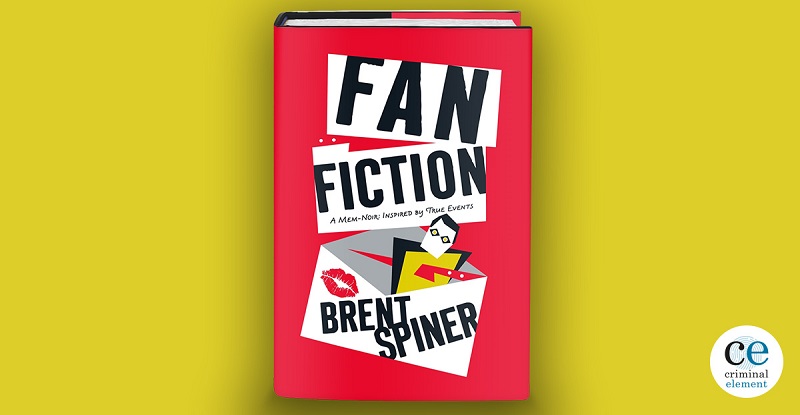 While I certainly enjoy watching the Star Trek movies and TV shows, and very much admire their philosophies, I’ve never been the kind of superfan who gets into the minutiae of the series universe. But when given the chance to review Brent Spiner’s debut novel, written in collaboration with Jeanne Darst and centering on his time as Lieutenant Commander Data on Star Trek: The Next Generation, I leapt at the chance. Readers, I was well rewarded, even with only my passing familiarity with the show.

For a start, this is one of the most laugh-out-loud books I’ve read in a long time. As a “mem-noir,” the novel’s narrative is based on true events, though Mr. Spiner freely admits to playing fast and loose with the facts in the process of writing, often for comedic effect. Intriguingly, this playful subversion of the truth turns the story into a meta-commentary on the nature of fan fiction itself, as written by a man who lived through the incidents he’s describing but deliberately chooses to reframe them with himself not as a victim but as a hero, in a pulpy noir style. Granted, not even fictional Brent Spiner is as hardboiled or hyper-competent as many self-inserts might be, grounding the book in a perpetual state of pseudo-realism. Readers will constantly ask themselves “How true to life is this?” as the novel’s narrator interacts with his famous castmates in the wake of being stalked, as here where he’s discussing the situation with Sir Patrick Stewart:

“Yeah, it’s extremely creepy. Jesus, Patrick, I feel like I’m a character in some insane piece of fan fiction.”

“And yet, ironically, it is we who created the world this person’s imagination is currently inhabiting. We opened the door, and he or she walked right in. With all the psychodrama happening on the show, I’m surprised this doesn’t happen more often. We should caution the writers to consider this going forward.”

The responsibility of creators towards their fans is just one of the philosophical topics considered in this exceptionally witty novel. Set in 1991, fictional Brent is mostly enjoying his life as an actor on a hit television series, at least until a series of threatening letters and grisly gifts begin to show up in his mail. With the cops more interested in him reading their script treatments for possible Star Trek episodes than in actually investigating, the escalation of threats finally comes to the attention of the FBI, in the form of beautiful Special Agent Cindy Lou Jones. She recommends that Brent hire the services of her twin sister Candy, who left the bureau in order to run private security instead. As with most fan fiction, this leads to a budding love triangle, as well as a series of confrontations with potential suspects. Brent and his allies must race to figure out the identity of the stalker before they can make good on their threats to harm him or anyone who comes between them.

Being stalked is a nerve-wracking situation for anyone, and Brent copes by drawing on the characteristics of the role he’s most famous for to help him stay focused:

All day long I work in a nervous daze, but the hyperrational Data keeps pulling me through. The calm that envelops me when I assume his persona is like a balm to my tortured soul. I ask myself, “How would he react to this situation?” and I answer in his voice: “Analyze the problem. Search for abnormal patterns. Use the information to make an assessment and respond accordingly. Do not let fear lead you to irrational decisions.” Data will be my guide.

Filled to the brim with probably mostly true anecdotes about life on the set of Star Trek: The Next Generation, as well as more than its fair share of wisecracks, this book will delight any Star Trek fan or just anyone who enjoys humor in their crime novels. In fact, this book was so hilarious that I didn’t even realize during my first read-through just how profound it is on the topic of celebrity and metafiction. I felt compelled after reading this the first time to research the true events this book was based on and found the ethical quandary raised thereby particularly thought-provoking. As the subject and victim of an unsettling fascination, Mr. Spiner is well within his rights to reclaim and reshape the narrative that has been built up around him. That he further fashions this into a meditation on fandom and the relationship between celebrities and the people who support them makes for a surprisingly deep volume that is worth reading more than once to fully absorb both how thoughtful and dazzling it truly is.