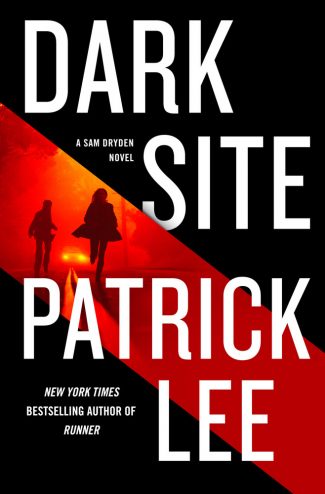 On an otherwise normal morning, former Special Forces operative Sam Dryden is the target of an unsuccessfully-attempted abduction. Using his attacker’s cell phone, he learns that another person, a woman named Danica Ellis, is also being targeted. Dryden arrives just in time to save Danica from the assault team sent after her. But neither of them recognize the other or have any idea why they are being targeted. The only clue is a heavily redacted, official-looking document given to Danica by her stepfather before he was killed. It refers to witnesses to a secret military site in Ashland, Iowa, in 1989. Dryden and Danica lived in Ashland in 1989, when they were both 12 years old, though neither of them has any memory of the other.

If you like your thrillers filled with the political intrigue of a Brad Thor novel combined with the high-octane, non-stop action of a Jeff Abbott novel, and a nice shout-out to old Dean Koontz novels that involved secret government agencies up to no good, then the Sam Dryden series from author Patrick Lee is for you!

The third novel in the Sam Dryden series, entitled Dark Site, grabs you by the throat on page one and never lets up. Things open with a nameless woman (who we later learn is Danica Ellis) and Sam Dryden, separately being pursued by a band of men trying to abduct them. Ironically, Sam and Danica are about to be re-acquainted—for the first time (bear with me and you will soon see how this makes sense). Sam overcomes his attackers and, via the cell phone of one of them, identifies and locates Danica who is also a target.

When they first meet, Sam stares hard at Danica and repeats almost robotically that he had never seen or heard of her before. After the weird feeling of déjà vu, the two put their heads together and try to figure out why a nameless band of men were interested in abducting them, or worse. Danica offers up that her stepfather had given her a strange file before he died. Sam looks at the file and immediately identifies it as a scrub file—his Special Forces experience coming into play. The file was heavily redacted and referred to Persons 2855 and 2856. Danica wonders if one of those people were her father and, if so, who was the other one?

We then go down a wormhole in time that takes us back to the year 1989. A young Sam Dryden is uprooted from his home in Los Angeles to a town called Ashland that was located in Iowa. The reason was his father’s top secret work as an attorney for the government. Twelve-year-old Sam does not have a lot of immediate options for playmates so he jumps at the opportunity to hang out with a girl named Dani, also twelve. Dani talks about some snooping her and another girl named Lauren had been doing around Ashland. This interested young Sam and their first excursion took them to an abandoned schoolhouse that seemed to be harboring the markings from the U.S. Department Of Defense. It seems like this too-good-to-be-true town called Ashland was actually a big front for the DOD and was a secret military base.

The modern-day versions of Sam and Danica, who have since slowly realized that they must have known each other back in Ashland in 1989—making them Persons 2855 and 2856. It is here where author Patrick Lee really starts having some fun, putting together a genre-crossing thriller that slowly exposes secret by secret of what was happening in Ashland that would cause the DOD to wipe the memories of two pre-teens who saw too much. Dark Site builds the tension with each trip back and forth to 1989 and Patrick Lee expertly handles things in a way that keeps the pages turning. I will not reveal any of the many spoilers here—just leave it said that this is, by far, the most satisfying thriller to date from Patrick Lee.