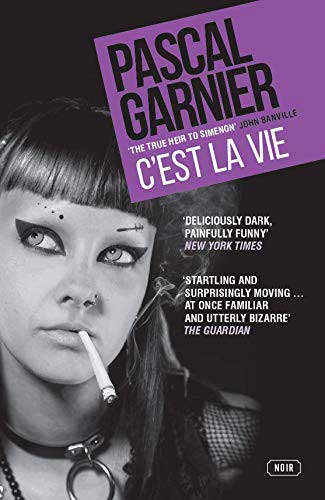 C’est la Vie by Pascal Garnier, translated from French to English by Jane Aitken, is a novel about a relatively obscure writer who hits it big and decides to embark on an adventure to relive his youth and reconnect with his son.

Most of us have dreams of achieving success in life, whether via endeavors in which we engage or in our fantasy thoughts. But how many of us could actually handle fame and fortune if it came to us suddenly and unexpectedly? Such a challenge is faced by Jeff Colombier, the main character and narrator of Frenchman Pascal Garnier’s 2001 novel C’est la Vie, which is being brought out in a new English translation by Gallic Books.

Colombier is a novelist who, up to age 50, regularly had his books published but was far from rich or famous. He was resigned and comfortable as a relatively obscure writer who was often on the wrong side of the due dates on his bill payments.

Then, everything changes for Colombier. Much to his own amazement, he wins a prestigious literary prize. Suddenly, people want to interview him on TV and have him do meet-and-greet events at their bookshops. Suddenly, he has disposable income. The picture of the new life for the twice-divorced author is then completed when he and an attractive, likable woman half his age meet, fall in love, and start living together.

Colombier should be happy, right? He should settle comfortably into a newly contented life of relative ease and fulfillment. But on the spur of the moment—and for no apparent reason—Colombier leaves his new, cozy provincial home, gets on a train, and travels to Paris. He drops in on his son, Damien, a 20-year-old grunge musician and occasional drug dealer. Father and son have never had much of a relationship, but they agree to travel together to the city of Lille.

Jeff and Damien have some adventures on their drive, and along the way, they are forced to confront an awkwardness-inducing family secret. Once in Lille, they go to a party held by friends of Damien. There, Jeff has an impromptu encounter with an extraordinary young woman, and that sets into motion the surreal misadventure that makes up the crux of the story.

As in many of Garnier’s novels, the main character’s actions seem arbitrary yet create serious consequences. Also in keeping with the author’s other works, some of the most enjoyable parts of the book come in off-handed yet brain-tickling observations offered by the narrator. Here’s Colombier:

On happiness: “… it comes to you when you least expect it and, because you are not prepared, crushes you as completely as the worst misfortune.”

On his first marriage: “After two years, there was not a single item we had not hurled at each other. We had been forced to separate for lack of projectiles.”

Like Garnier’s other novels, C’est la Vie is brief enough that it can be read over one long sitting. It moves quickly, contains memorable characters, and has just the right combination of narration and descriptions of events. It’s not Garnier’s very best effort, but it’s in the top half among his books that Gallic has brought out in English. Readers already familiar with his noir titles will likely appreciate it, and it can also work as a starting point for those new to Garnier.