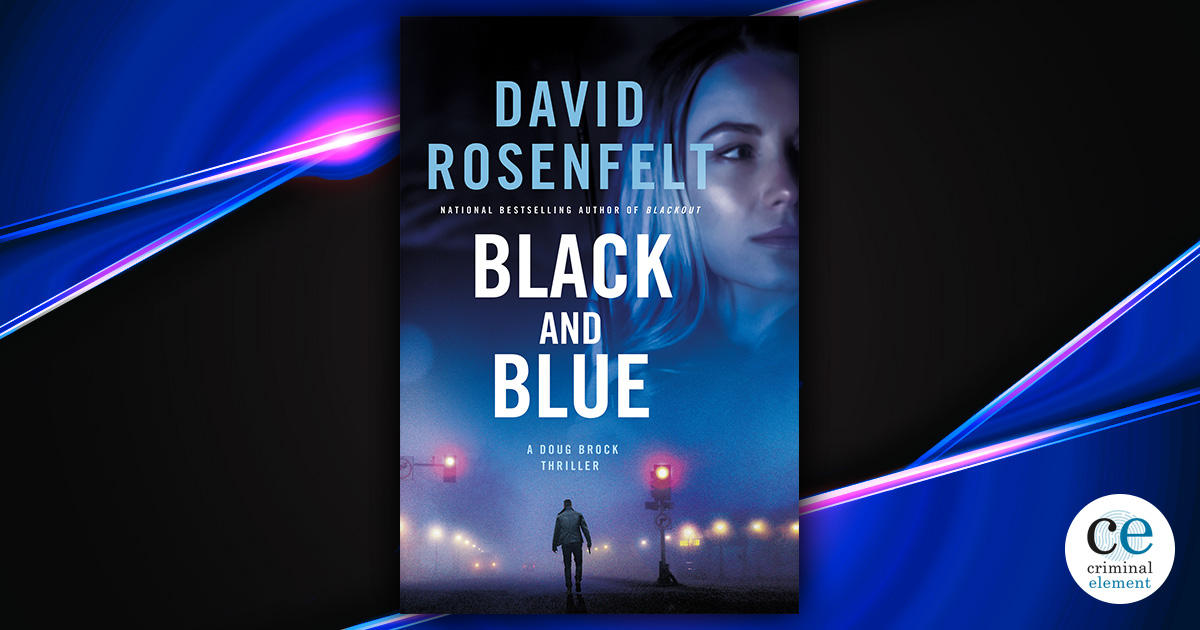 Black and Blue is the third book in David Rosenfelt’s Doug Brock Thriller series. As Doug continuously attempts to overcome his amnesia, a new murder—similar in fashion to the murder in a cold case Doug worked on—occurs, causing him to revisit the case and question his own previous decisions.

I was actually hesitant to pick up this third thriller in the Doug Brock series because I know and love David Rosenfelt from his long-running slate of Andy Carpenter books. While the latter are courtroom dramas featuring Andy as a dog-loving defense attorney whose reluctance to practice is often outshone by his brilliance, the former follows police detective Doug Brock as he puts his life back together after a violent incident knocks years of memories out of his head. I’m a huge fan of Mr. Rosenfelt’s sense of humor, as well as the Perry-Mason-esque quality of his more established series, so I was worried that the Doug Brock books would cut down on the witticisms in favor of grittiness.

Fortunately, my fears were completely unfounded! Very early on in Black and Blue, Doug displays the self-deprecating humor I adore, here describing an embarrassing incident in a grocery store where he thinks he’s being greeted by a woman he ought to know:

Since I didn’t remember her, I went into my fake-recognition routine. It’s one I have gotten quite proficient at. “Hi! Boy it sure has been a long time, but it’s great to see you. How’s everything?”

“What?” she asked, somehow not understanding what the hell I was talking about. Then the realization hit me, and I turned around to see another guy behind me, waving to the woman and simultaneously looking at me like I’m nuts.

I am nuts, but I’m also a cop, so I could have come up with a pretense to ask for his ID, but I’d pretty much bet anything that his name is also Doug. When I looked back, the woman was looking at me just as strangely.

My only effective way to minimize the embarrassment of the situation would have been to shoot them both, but that seemed like literal overkill, so instead I just wheeled my cart out of the aisle in humiliation and let T-shirt lady and Doug reminisce without me.

That said, this book is certainly a smidge more serious than the average Andy Carpenter novel, in the same way that police procedurals tend to have a weightier atmosphere than legal mysteries. Doug and his partner, Nate Alvarez, are called to the scene of a shooting that bears an eerie resemblance to one that they were the lead investigators on eighteen months earlier. Trouble is, eighteen months earlier falls under the period Doug barely remembers. He’s forced to second guess himself in more ways than one when the shooting they’d once considered isolated turns out to be only the first in a killing spree.

Even though I’ve come to expect both entertainment and intelligence from Mr. Rosenfelt’s writing, I was pleasantly astonished by the sheer quality of Black And Blue. At one point, a plot twist emerges that I immediately suspected was a deliberate red herring thrown by the murderer: mere pages later, Nate voices the same concerns. I was so impressed with the way that Mr. Rosenfelt refuses to insult the intelligence of the reader by having his investigators be not very good at their jobs. It certainly makes our heroes easier to root for!

And while the Doug Brock thrillers read perfectly fine on their own, they do offer the thrill of recognition in certain beloved characters who appear for short cameos:

[The suspect’s] lawyer is a local attorney named Andy Carpenter, who is known as something of a hotshot in Jersey legal circles. He’s had some major victories in high-profile cases and is not exactly worshipped by the cops he’s cross-examined.

I would have said that I’ve never met Carpenter, but according to my notes, I talked to him about Phelan back during the investigation. It was shortly after that conversation that I made the determination that Phelan was likely not responsible for the Brookings shooting.

I’ve got a sick feeling in my stomach that I might have made a mistake. If I did, [the second victim] and an unknown third person are dead because of me.

There are few mystery authors whose works I immediately snap up because of a consistently high level of quality, but David Rosenfelt is definitely on that very short list. Black And Blue is only the latest in his long line of eminently readable, highly intelligent mysteries.

Want more? Check out an excerpt from the previous book, Fade to Black.