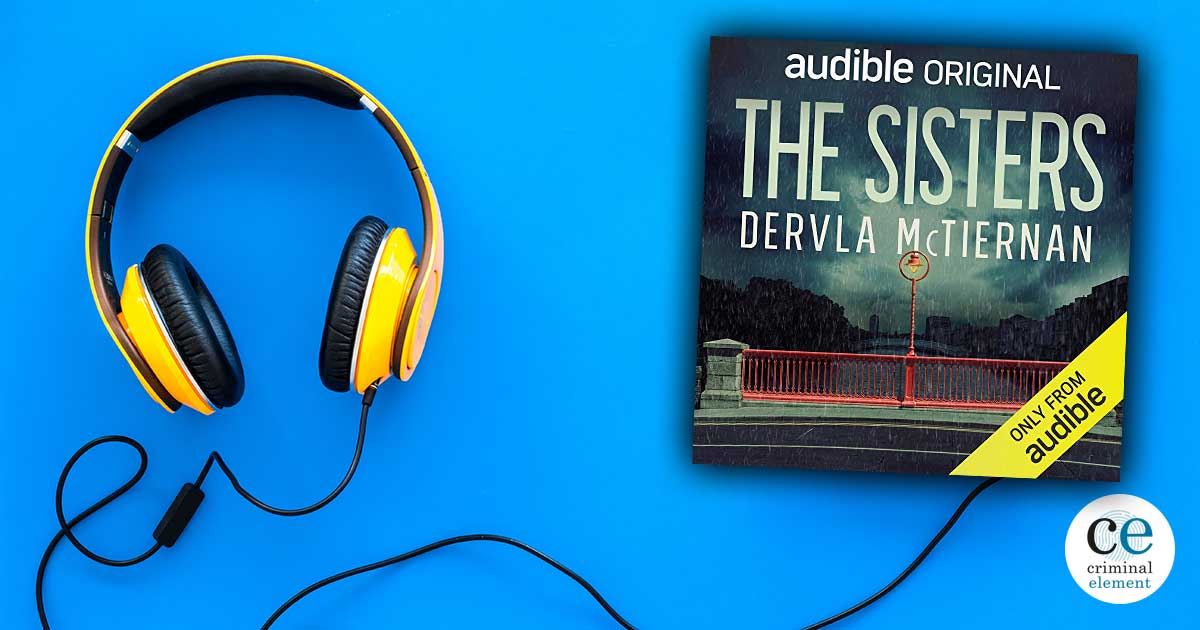 My new commute is long and painful. The only positive aspect is that my auditory crime-book consumption has shot through the roof. Recently I picked up The Sisters by Dervla McTiernan, narrated by Aoife McMaon. This is a novella from the Cormac Reilly Series, technically number .5. It is a prequel to McTiernan’s bestseller The Ruin. The Sisters is a mysterious police procedural and runs just over three hours.

It is about two siblings, Carrie and Aifric Ryan, starting their respective careers in Dublin’s criminal justice world.

The first thing I noticed, before starting the story, was the names. As an American, we have certain appellations we consider Irish. This expectation is flawed. Why have these wonderful forenames not migrated across the pond?

Aoife, Dervla, Aifric. These are amazing and special and deserve to be used the world over. If I ever become rich (probably from being the world’s foremost online book-reviewer) I am buying a yacht and it is going to be named Aifric’s Athenaeum. Angelina Jolie is probably naming her next daughter Dervla.

After getting over my love of traditional Irish names, I dove into the experience. Our narrator, Aoife, is outstanding. Her annunciation and clarity are exemplary. She is able to convey the author’s voice in an outstanding manner. I have no doubt that any Irish crime I read forevermore will be narrated, in my mind, by Aoifie. She has a solid sense of pace and is able to keep a listener engaged. I use Aoife’s first name not because we are familiar, but because it is tremendous. The Irish accent is much easier to decipher, for an American, than the Scottish, an accent featured in my last audio adventure, “Body of Proof.”

The production quality was high. This is a standard audiobook, no special effects, no voice actors—just a single narrator presenting a story.

Our tale opens with Carrie, a police officer in Dublin, and Aifric, a lawyer, living together. Carrie and Aifric are both trying to take a step up in their young careers. Carrie encounters sexism and a general “boy’s club” atmosphere. Aifric comes up against an equally challenging, “prove yourself” legal world.

To kick it off, a handsome young man is accused of murdering his girlfriend. Aifric gets the case through her law firm. Carrie learns of the killing while snooping through Aifric’s files. Carrie and Aifric start running simultaneous investigations.

The case isn’t what it seems, secrets and lies abound. The narrative arc’s overall message and feel are a bit depressive and anti-law-enforcement. A few characters are clichés. However, the negatives are few. It is a well done linear crime story and a well-produced listening experience. The writer even snuck in Don Quixote and Othello references.

The prose is tight and clear. The author is sparse on the sensory details, but it works. I still don’t know Dublin, but I do know Aifric and Carrie. As this is a character driven novella, I’m satisfied.

I enjoyed this book and would recommend it fully. It makes for a good commute. The next short story I write may have a hero named Aoife Dervla Cormac. She is going to be a badass.