A Flick of the Switch: What Drew Me to Reading and Ultimately Writing Dark, Gritty Stories 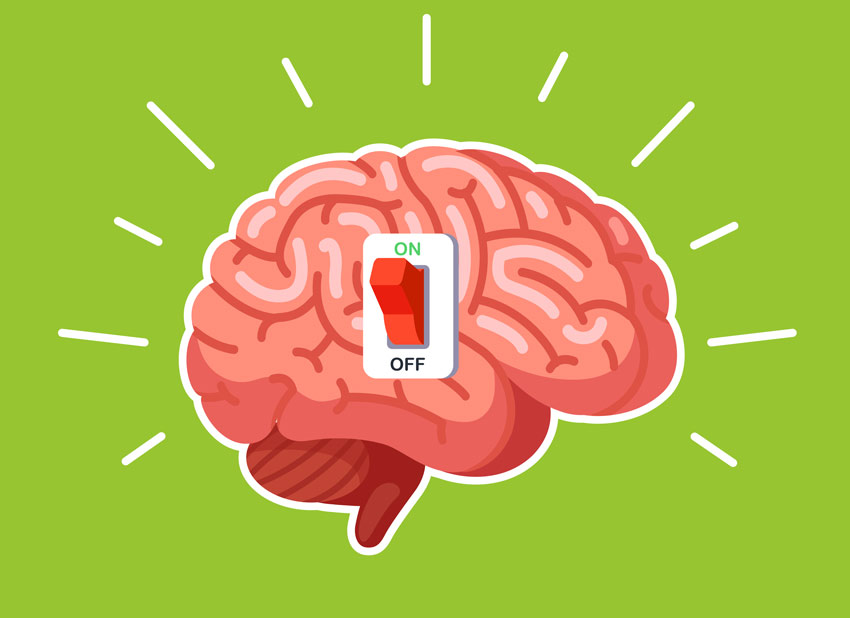 “I have a meanness inside me, real as an organ.”

That’s the opening line of Gillian Flynn’s Dark Places (a favorite read of mine), and I think about it often when considering the next gritty and unpleasant story I want to write. I’m guided by that meanness, fascinated by the world’s capacity to be cruel, and there’s a thread of violence that seems to run through all my novels. I write about girls navigating harsh, unforgiving landscapes, girls who hate each other and themselves with abandon, girls who have nothing left to lose as they make their way through the various hells I’ve conjured.

I have yet to write a happy story. I enjoy reading them, but at this point in my career, they seem to exist in a space beyond my imagination. I sometimes wonder if I’ll ever have access to that space. For now, I’m not too worried.

Take a visual tour of Courtney Summers’s Sadie with GIFnotes!

I often wonder what draws me to these grim and gritty tales, both reading and writing them. I can never seem to get enough. I’ve been trying to think of what gateway form of media flicked this switch on inside, awakening the part of me that needs the new Megan Abbot or Gillian Flynn releases as soon as they hit the shelves, that has to tune into that new true crime podcast or Netflix documentary, that must fuel my obsession with the Zodiac Killer, among other things. After a lot of soul-searching, I know exactly what is responsible: The Baby-sitters Club.

For the uninitiated, The Baby-sitters Club was a book series created by Ann M. Martin in 1986 about the intrepid members of the BSC, a quartet of entrepreneurial 13-year-old girls who start a (you guessed it) babysitting club. Each novel followed the adventures of Kristy Thomas, Claudia Kishi, Mary Anne Spier, and my favorite, Stacey McGill. There was the regular series, the Super Specials, the BSC Mysteries, the Super Mysteries, the Autobiographies—I bought them all. By the time the series ended, the club had expanded to 10 members (that’s including two alternate officers), and they’d gone on hundreds of adventures, experiencing all the highs and lows of friendship while running a successful business and raking in that babysitting dough.

When the Baby-sitters Club Super Mysteries debuted in 1995, I had a little bit of trepidation. The inaugural installment’s (Baby-sitters’ Haunted House) eerie cover art and sinister title promised a more mature, intense read. But I had pledged my allegiance to that babysitting club, and I could not exist without that title in my collection. I bought it and was relieved to find out it was as mild as the regular mysteries. It just came in a bigger size and included multiple sitter POVs, like the Super Specials. 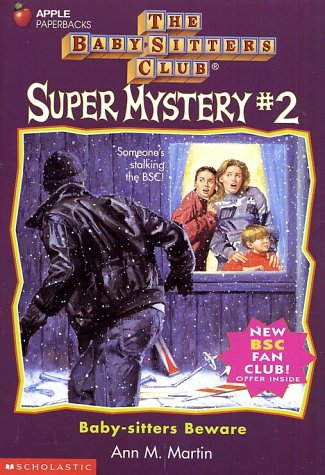 The cover is next level: Kristy and Stacey at a window staring out in horror at an ominous figure while their babysitting charge, Andrew, smiles obliviously in another direction. The tagline says it all: Someone’s stalking the BSC!

The storyline itself was unsettling. The original foursome finds themselves the target of someone with ties from a previous (non-super) mystery. This stalker will stop at nothing to get revenge against the 13-year-olds who wronged him. A rock is thrown through Kristy’s living room window. Ominous anonymous phone calls come with a caller declaring, “You’re next,” to whichever sitter picks up the line. Claudia’s house is almost set on fire. Stacey, who has diabetes, finds out her insulin is stolen when the girls go away for winter vacay at Shadow Lake—which I believe happens after she’s left to FREEZE TO DEATH ON A SABOTAGED SKI LIFT.

I remember being stunned when I finished that book. I was used to something more aspirational in those stories, but this felt unsettlingly possible. The motives of the BSC’s stalker were petty, unhinged. The ways he went after its members were real, malicious—something I could easily imagine happening in mine or anyone’s life. For once, I didn’t want to be the girls I so greatly admired. If this was their life, they could have it.

Still, though, the book sunk its teeth into me, and I couldn’t let go. I was reading Goosebumps around then too, and though I enjoyed those books, I found them vaguely dissatisfying in the emotional aftermath of Baby-sitters Beware. Slappy, the murderous ventriloquist dummy, used to frighten the hell out of me, but that terror was fleeting now, too easy to contextualize—ventriloquist dummies cannot come to life.

People can be bad, though.

In the fourth grade, I did a book report on Baby-sitters Beware. Actually, I did a book report comparing Baby-sitters Beware and Night of the Living Dummy and polled my classmates on which they found scarier. Goosebumps won by a major landslide. I’d never been more disappointed in my fellow classmates. The grim possibilities of the world we lived in were still abstract enough to them at that point that they really believed Goosebumps was scarier.

They had not had their entire worldview shattered by the BSC.

Baby-sitters Beware was the book that flicked the switch and changed something in me. From that moment on, it made me all too aware of the shadows lurking in our daily lives, how much we’re at the mercy of other people, and how easy it is to upend the normalcy we all take for granted. It’s these kinds of thoughts that keep you up at night—and inspire great fiction. Writing, for me, is an act of processing, and, well, the BSC gave me a lot to process.

Baby-sitters Beware was my gateway to that darkness, that “meanness,” as Libby Day calls it in Dark Places. I can draw a line from it to my tween obsession with Alfred Hitchcock, then to horror movies and thrillers, and from those movies to true crime and delightfully twisted novels like Gone Girl. And if I keep drawing that line, it goes straight to writing Sadie, my effort to capture a little piece of that darkness, that meanness for myself.

And maybe someday, Sadie will be a gateway for someone else…

Read Courtney Summers’s Guest Post on the Importance of Remembering the Victims in True Crime Tales & Learn How You Could Win a Copy of Sadie!