March 19, 2021
For nearly thirty years a serial killer has been hiding in plain sight. So has the key to an FBI agent’s dark past.

Read a new excerpt from Isabella Maldonado's A Different Dawn. 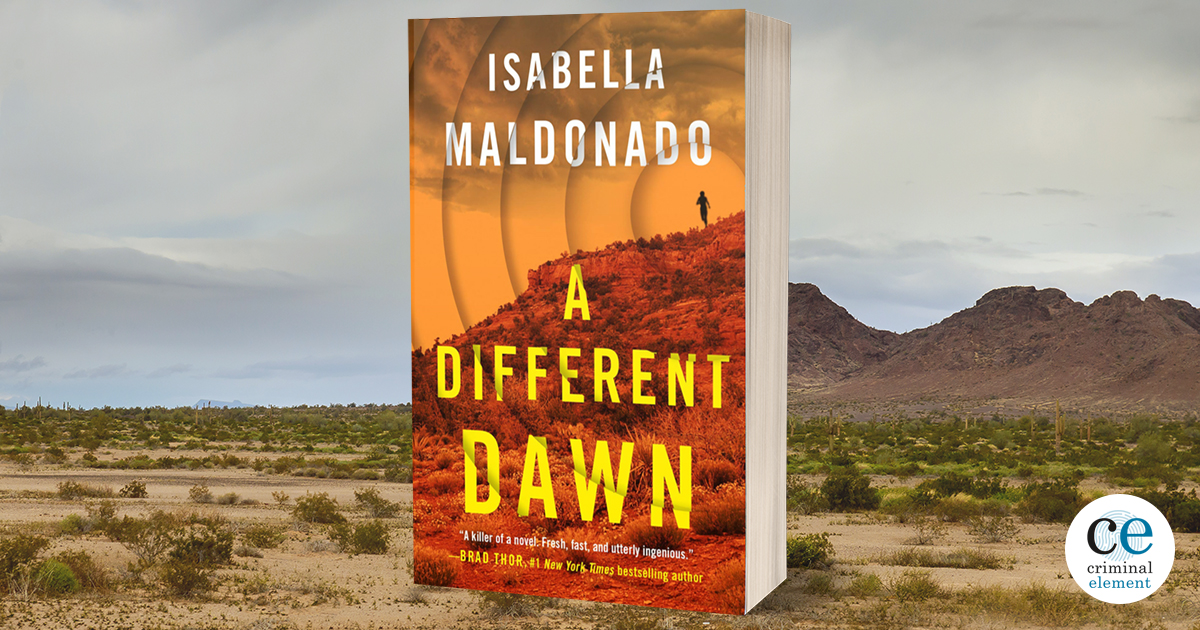 Seven-year-old Nina sat cross-legged on the floor with the others, breathless with anticipation. Every girl at the home envied Angelica, who was spending her final night at Russell House. Angelica had been chosen.

Eleven years old and willowy, with long coltish legs and skin fair enough to pass for white, Angelica had spent the past three months with a foster family who had decided to petition the court for adoption. The process would take many more months, but she would continue to live with her future family in the meantime. Today, Angelica had come back to Russell House to say goodbye to her friends, or bask in her superiority, depending on how she felt about you.

According to Miss Brown, almost no one was adopted past the age of ten, yet Angelica had managed to defy the odds. She had been placed in foster care only six months ago, unlike Nina, who had never known her family.

Nina privately wondered if prospective adoptive parents were told how long each child had been in the system. She pictured her photograph in a police-style mug book, a tag beneath her with the word lifer in bright red.

On the other hand, maybe she could make a better effort next time she was placed in a foster home with a family. Why did she have to be so curious? Ask so many questions? Poke around in things that weren’t her business? If she’d known the teacher would call the police, she never would have brought the items in the shoebox her foster father stashed under his bed to school for show-and-tell.

As Nina and the other girls sat in a semicircle around her, Angelica leaned forward in her chair, her words taking on a spooky tone. “This is the legend of La Llorona, the wailing woman.”

Little Samantha, who was only five years old, scooted closer to Nina. The girl’s hazel eyes were already wide with fear, and Nina handed over her favorite plushie, a soft stuffed cheetah named Princesa. The only thing Nina could call her own.

“There once was a woman named Maria. She fell in love and married a handsome man and had two children, but her husband loved their children more than he loved her. One day she caught her husband kissing another woman and realized he loved the other woman more as well.”

Another little girl, Caitlin, edged up to Nina’s other side. Caitlin had what the social workers called “special needs.” To Nina’s way of thinking, the only thing special Caitlin needed was protection from bullies.

Nina thought Caitlin was supersmart, even though some of the older girls like Angelica called her stupid. They teased Caitlin because she wasn’t good at speaking. She stuttered and had trouble talking to the other kids, but she could add long columns of numbers in her head, knew how many jelly beans were in a jar without counting them, and had begun to study algebra last month when she turned six.

When Angelica arrived for her final visit earlier this evening, she had hidden Caitlin’s new math book. Nina had snatched the brand-new cell phone Angelica’s adoptive parents had given her, holding it over the toilet until she returned the stolen textbook to Caitlin.

Nina draped an arm around Caitlin’s small shoulders as Angelica continued the tale.

“Maria grew angry . . . and a bit loca. She vowed to make her husband pay for cheating on her. To punish him, she drowned the children in the river. When she went home, her husband asked where the kids were, and she admitted she had killed them. Her husband got real mad at her. Told her he could never be with her again until she found their children.”

Caitlin began rocking back and forth.

Angelica put a hand to her chest. “Maria, sorry over what she had done and missing her lost children, drowned herself in the same river.”

“Now she is doomed to walk the earth as a ghost,” Angelica continued, “forever searching for her dead niños. She wears a white gown and a flowing veil. If she finds children wandering at night, she kidnaps them and drowns them in the river. She is called La Llorona because she is always weeping. If you hear her crying, you will be the next to die.”

An eerie voice cried out from behind them: “¿Dónde están mis hijos?”

One of the older girls had hidden in the back of the room to scare the little ones.

Samantha screamed, threw Princesa in the air, and raced to the bedroom. Caitlin flung herself into Nina’s lap, her slender arms circling Nina’s neck. Nina felt warmth spreading onto her jeans and realized Caitlin had peed herself.

Angelica scooped up the discarded plushie, a sly grin on her lips. “What’s this?” Her voice took on a singsong quality. “Is this widdle Nina’s widdle baby toy?”

Nina gently set Caitlin aside and stood. “Give it back.” Angelica pointed at Nina and shrieked with laughter. “Look, everyone, Nina wet her pants!”

Nina looked down. Sure enough, Caitlin’s pee had dripped right into her lap. She glanced down at the girl, who clutched Nina’s leg as her small frame shook with terror.

She could have pointed out to everyone that it was Caitlin who had peed. She knew what it meant to show weakness in the group home, which was why she held her tongue. She could handle the abuse better than Caitlin. She’d certainly had enough practice.

“I think widdle baby Nina needs to grow up.” Angelica lifted the stuffed cheetah up for all to see. She grasped its head and began to twist hard.

Nina took a step toward her. “Stop it!” Caitlin’s death grip on her leg prevented her from going any farther.

Angelica looked around the room, playing to her audience. “I’ll never have to see any of you losers after tonight. But before I go, I’m going to give you all something to remember.”

She ripped the head off the cheetah and began yanking the stuffing out, flinging it all around her in a white cloud of polyester fluff. Her eyes narrowed on Nina. “Unlike the rest of us, nobody ever wanted you. We at least had a family at some point. Your parents threw you in a dumpster. Like trash.” Her voice took on the same singsong quality as before. “Dumpster baby, dumpster baby, dump-“

One moment Nina was standing while Caitlin clutched her leg; the next thing she knew, the staff at the group home had rushed in from the kitchen to tug her off Angelica, whose nose bled freely under Nina’s flailing fists.

If there had ever been the slightest hope Nina might be adopted, it had ended that night. The night of La Llorona.

He crept inside the dark house on silent feet. Night-vision goggles gave him the edge, especially when the sleeping family inside had no idea what lurked on the floor below as they lay in their beds.

He eased the pistol from his waistband and reviewed the plan.

Neutralize the husband first. A male would likely present the greatest physical threat, although a mother protecting her child could be formidable. She would also have the advantage of knowing what was coming since she would be last. Which was the whole point.

He placed a foot on the carpeted stairs and eased himself up.

She would pay for what she had done. Years of planning, months of winnowing, weeks of surveillance, had culminated in this moment. Every nerve thrummed in anticipation.

He reached the top step and listened.

The house remained quiet. He checked his weapon once more, even though he had done it a thousand times already. He had plans, and he had backup plans. Nothing would go wrong.

Like the Angel of Death, he was deaf to pleas. Blind to tears. Entirely without mercy.

He slipped inside the nursery, cloaked in darkness, and went about his business. Six minutes later, he inched down the hall to the master bedroom carrying the small bundle in the crook of his left arm.

The door had been left slightly open. Better to hear the baby if it cried. Better access for him. They slept peacefully in their beds with no idea what was about to happen. What had already happened.

He elbowed the door wide.

He had a clear view of the king-size bed. The man slept on the left and the woman on the right, heads resting peacefully on their pillows. Their chests rose and fell in synchronistic rhythm.

He raised the barrel, lined up the night sights, and placed a tiny red dot over the slumbering man’s heart. Slowly, he began to squeeze the trigger.