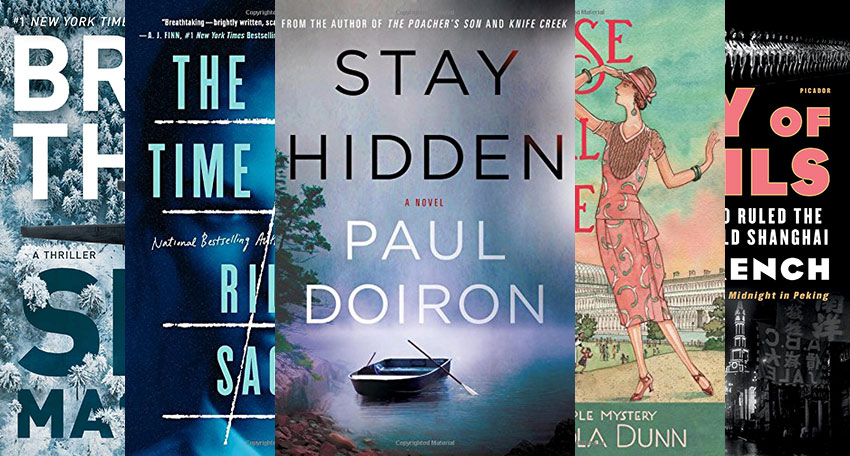 This week, Paul Doiron’s ninth Mike Bowditch Mystery combines with the latest thriller from Riley Sager to highlight an explosive week of books! See what else we’re reading: 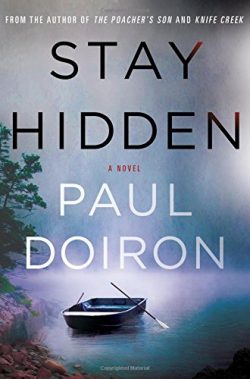 A woman has been shot to death by a deer hunter on an island off the coast of Maine. To newly promoted Warden Investigator Mike Bowditch, the case seems open and shut. But as soon as he arrives on remote Maquoit Island he discovers mysteries piling up one on top of the other.

The hunter now claims he didn’t fire the fatal shot and the evidence proves he’s telling the truth. Bowditch begins to suspect the secretive community might be covering up the identity of whoever killed the woman, known as Ariel Evans. The controversial author was supposedly writing a book about the island’s notorious hermit. So why are there no notes in her rented cottage?

The biggest blow comes the next day when the weekly ferry arrives and off steps the dead woman herself. Ariel Evans is alive, well, and determined to solve her own “murder” even if it upsets Mike Bowditch’s investigation and makes them both targets of an elusive killer who will do anything to conceal his crimes.

Read an excerpt from Stay Hidden! 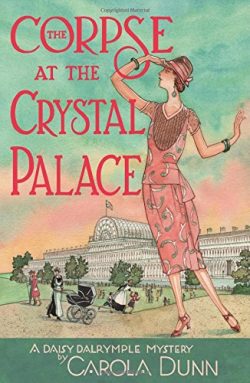 The Corpse at the Crystal Palace by Carola Dunn

April 1928: Daisy Dalrymple Fletcher is visited in London by her young cousins. On the list of must-see sites is the Crystal Palace. Discovering that her children’s nanny, Nanny Gilpin, has never seen the Palace, Daisy decides to make a day of it―bringing her cousins, her 3-year-old twins, her step-daughter Belinda, the nurserymaid, and Nanny Gilpin. Yet this ordinary outing goes wrong when Mrs. Gilpin goes off to the ladies’ room and fails to return. When Daisy goes to look for her, she doesn’t find her nanny but instead the body of another woman dressed in a nanny’s uniform.

Meanwhile, Belinda and the cousins spot Mrs. Gilpin chasing after yet another nanny. Intrigued, they trail the two through the vast Crystal Palace and into the park. After briefly losing sight of their quarry, they stumble across Mrs. Gilpin lying unconscious in a small lake inhabited by huge concrete dinosaurs.

When she comes to, Mrs. Gilpin can’t remember what happened after leaving the twins in the nurserymaid’s care. Daisy’s husband, Detective Chief Inspector Alec Fletcher of Scotland Yard, finds himself embroiled in the investigation of the murdered nanny. Worried about her children’s own injured nanny, Daisy is determined to help. First, she has to discover the identity of the third nanny, the presumed murderer, and to do so, Daisy must uncover why the amnesic Mrs. Gilpin deserted her charges to follow the missing third nanny.

Read an excerpt from The Corpse at the Crystal Palace, then check out Angie Barry’s review! 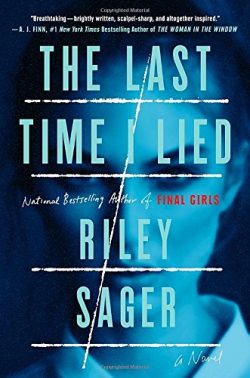 The Last Time I Lied by Riley Sager

Two Truths and a Lie. The girls played it all the time in their cabin at Camp Nightingale. Vivian, Natalie, Allison, and first-time camper Emma Davis, the youngest of the group. But the games ended the night Emma sleepily watched the others sneak out of the cabin into the darkness. The last she–or anyone–saw of them was Vivian closing the cabin door behind her, hushing Emma with a finger pressed to her lips.

Now a rising star in the New York art scene, Emma turns her past into paintings–massive canvases filled with dark leaves and gnarled branches that cover ghostly shapes in white dresses. When the paintings catch the attention of Francesca Harris-White, the wealthy owner of Camp Nightingale, she implores Emma to return to the newly reopened camp as a painting instructor. Seeing an opportunity to find out what really happened to her friends all those years ago, Emma agrees.

Familiar faces, unchanged cabins, and the same dark lake haunt Nightingale, even though the camp is opening its doors for the first time since the disappearances. Emma is even assigned to the same cabin she slept in as a teenager, but soon discovers a security camera–the only one on the property–pointed directly at its door. Then cryptic clues that Vivian left behind about the camp’s twisted origins begin surfacing. As she digs deeper, Emma finds herself sorting through lies from the past while facing mysterious threats in the present. And the closer she gets to the truth about Camp Nightingale and what really happened to those girls, the more she realizes that closure could come at a deadly price. 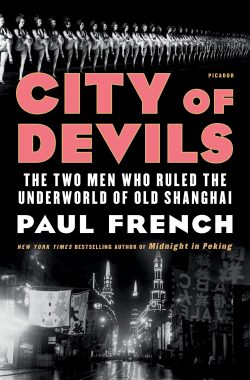 City of Devils by Paul French

Shanghai, 1930s; it was a haven for outlaws from all over the world: a place where pasts could be forgotten, fascism and communism outrun, names invented, and fortunes made―and lost.

“Lucky” Jack Riley was the most notorious of those outlaws. An ex–U.S. Navy boxing champion, he escaped from prison and rose to become the Slots King of Shanghai. “Dapper” Joe Farren―a Jewish boy who ed Vienna’s ghetto―ruled the nightclubs. His chorus lines rivaled Ziegfeld’s.

In 1940, Lucky Jack and Dapper Joe bestrode the Shanghai Badlands like kings, while all around the Solitary Island was poverty, starvation, and war. They thought they ruled Shanghai, but the city had other ideas. This is the story of their rise to power, their downfall, and the trail of destruction left in their wake. Shanghai was their playground for a flickering few years, a city where for a fleeting moment even the wildest dreams could come true.

Read Paul French’s guest post on old Shanghai & learn how you could win a copy of City of Devils! 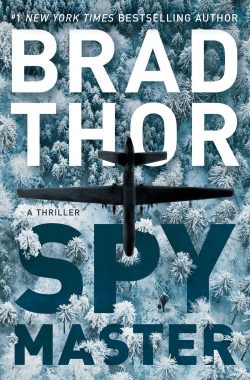 Across Europe, a secret organization has begun attacking diplomats. Back in the United States, a foreign ally demands the identity of a highly placed covert asset. In the balance hang the ingredients for all-out war.

With his mentor out of the game, counterterrorism operative Scot Harvath must take on the role he has spent his career avoiding. But, as with everything else he does, he intends to rewrite the rules—all of them.

In Spymaster, Scot Harvath is more cunning, more dangerous, and deadlier than ever before.