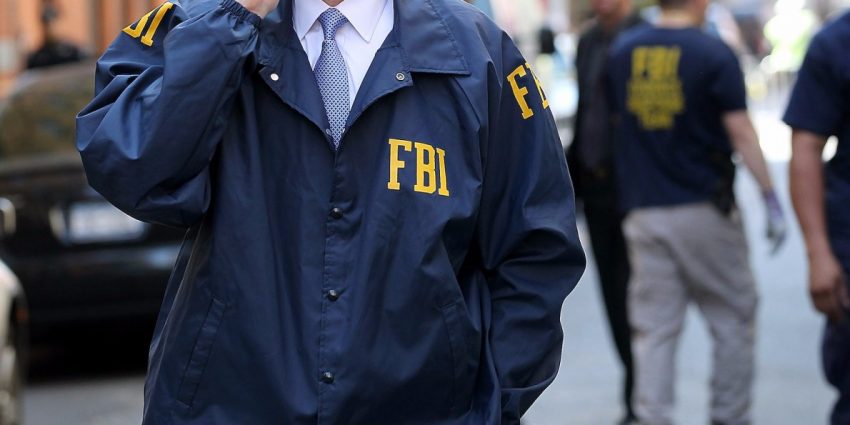 The biggest difference between my previous real FBI life working undercover and my post-career writing FBI fictional thrillers is simple—I can’t get shot or stabbed sitting at my kitchen table pecking away at computer keystrokes. Chuckle if you will, but it is the honest truth. After 30+ plus years of sticking my head in the lion’s mouth on almost a daily basis waiting for the massive jaws to clamp down, that one potential bad day is over forever. It is a huge relief, but at the same time, it’s still difficult to accept that those incredible FBI challenges will never be available again and that chapter of my life is closed forever. I’ll do the next best thing now—write about that captivating life.

I am, by nature, a solitary person, comfortable being alone for long periods of time. With my wife still working but our kids long gone, my days now are spent quietly at the kitchen table with our dog at my feet, slapping away at a laptop computer, and coming up with crazy fictional FBI stories and characters. It is relatively easy since those crazy experiences and characters once existed and are almost all based on personal experiences in my real FBI life.

Like all novice writers, an FBI fictional thriller writer needs tons of fresh, interesting, and unique material to attract, entertain, and maintain audiences. During those 30+ years, I worked with thousands of fellow special agents and cops. I investigated, interviewed, and worked undercover against hundreds, if not thousands, of bad guys. I met their families; I drank beer with them and went on vacations with them. I worked with victims, witnesses, prosecutors, defense attorneys, and judges. Suffice it to say that I have more than enough material, content, characters, and experiences to last me a lifetime—or at least enough to fill this next chapter of my life. Every personality—whether good or bad—was unique, and that allows me to capitalize upon that previous relationship without having to dream up fictional characters. All of my fictional characters are based in whole or part on real people I know and interacted with while in the FBI.

The biggest difference between my previous real FBI life working undercover and my post-career writing FBI fictional thrillers is simple—I can’t get shot or stabbed sitting at my kitchen table pecking away at computer keystrokes.

Another luxury of now being a writer rather than a special agent is that I have tremendous literary and procedural licenses and can literally “make shit up,” which I could not do for the past 30 years. FBI FD-302s, 997s, and other reports have to be truthful, exacting accurate, and concise. None of those adjectives are applicable to writing fiction.

In addition to being truthful, accurate, and concise in FBI report writings for the past 30 years, I also had another internal requirement: I had to keep my mouth shut. With a top-secret clearance and direct access to some of the most sensitive information within the FBI and U.S. Government, I could not—but never would nor even desired to—spill the beans. I will take many FBI secrets to my grave. I also won’t start now. But what I can do is vaguely describe and change some unclassified and judicially concluded FBI investigations, or mimic them with slightly varied nuances in my fictional world. The freedom to mold the story and character lines allows me to entertain without being confined to the rigors of investigative or courtroom testimony provided under oath.

My new life is conducted without daily pressure to perform and succeed in a law enforcement environment. My physical safety is no longer a concern. My psychological well-being is no longer an issue since the most pressing decisions I now have to make is when to go to the gym or sneak a dessert when my wife is not looking. It is nice to know it is time to take the foot off the gas pedal and enjoy the rest of this incredible life ride.

Be sure to know that the baton has been passed to new FBI Undercover Agents, who as we speak are out doing the same things I used to do for so many years and making cases and locking bad guys up. They still call me for advice and guidance, and in return, I quietly “borrow” their stories and characters to use in my next fictional stories. The FBI beat goes on.

Michael R. McGowan is a 35–year law enforcement veteran, having first served as a police officer before joining the FBI more than 30 years ago. He has spent the past 30 years working domestic and international undercover operations. He has been recognized at the highest levels for his undercover assignments. He lives in New England.