Writing AI (Artificial Intelligence) in the 1930s: What Could Possibly Go Wrong? 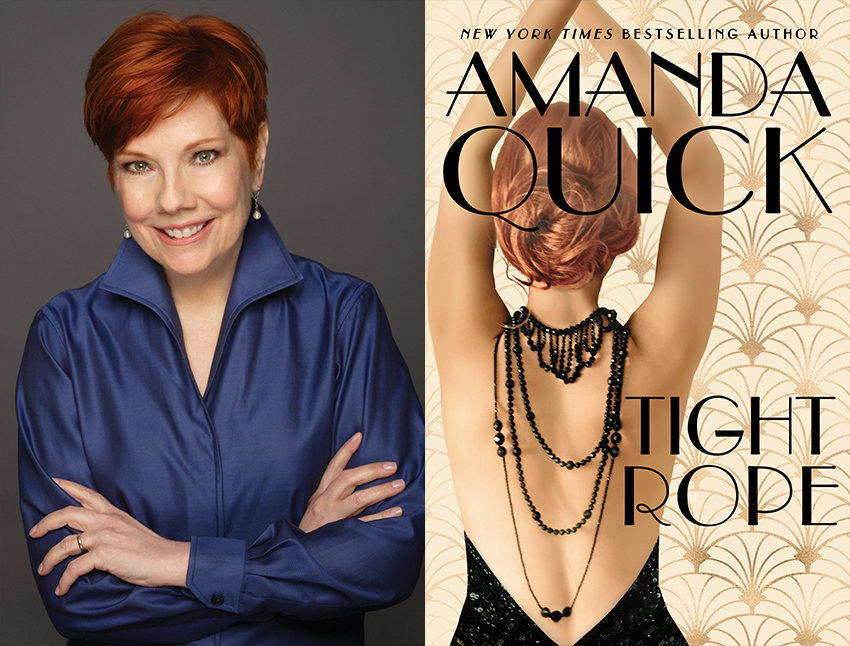 Amanda Quick, New York Times bestselling author of the new historical thriller, Tightrope, recounts the portrayal of robot technology on the screen in the 1930s and the sweeping concerns it caused, splitting public opinion on the matter. Amanda writes about this interesting era in Tightrope is the third book in the Burning Cove series.

Here’s the one-sentence description of the murder scene in my novel, Tightrope: Futuro the robot picks up a gun and shoots its inventor on stage in front of the audience in a packed theater. Looks like the perfect crime. As the police detective says, “How am I supposed to arrest a robot? Dope that out for me, will ya?”

The setting is not futuristic. I wasn’t working with an alternate universe. There was no time travel involved. This story is set in California in the 1930s.

The murder would have shocked and horrified an audience of that era. People were not there to watch a theatrical performance. They had purchased tickets to see a demonstration of the latest in robotic technology. But the killing would not have sparked immediate disbelief. People would not have automatically concluded that the robot was a fake. In fact it would have been very easy for many in the crowd to assume that murder-by-robot was a real possibility. The press would have run with the story. The public’s grave concerns about the threat posed by the development of robots would have made the method an almost perfect cover for the killer.

Robots were everywhere in the 1930s. They appeared on the pages of Popular Mechanics and were often featured in the multitude of science fiction magazines such as Astounding Stories that were published during that decade. Robots showed up in Flash Gordon serials. Audiences had no problem accepting the Tin Man character in the movie, The Wizard of Oz, because by the time the film was released people had seen a lot of metal men.

The potential risks and rewards of robot technology were hotly discussed and debated by inventors, scientists, and the military.

The potential risks and rewards of robot technology were hotly discussed and debated by inventors, scientists, and the military. Public opinion was divided. Many feared that robots would steal the jobs that were so desperately needed. Others were convinced that the machines would become unstoppable killers.

The movies had a lot to do with spreading the wild speculations. The classic silent film, Metropolis, gave audiences an indelible image of what a sophisticated robot would look like. Released in 1927, it featured a female robot named Maria. The word iconic is overused these days but I think it’s safe to say that it can be accurately employed to describe the stylish Art Deco design of Maria.  If you take a moment to go online and search for images of her you’ll see what I mean. Odds are you haven’t seen the old movie, much of which has been lost, but I’ll bet you’ll find that the robot looks eerily familiar. Maria is sensual, ominous, powerful and altogether fascinating.

In 1932, the news that a robot was quite capable of turning on its creator made headlines everywhere after a rather startling incident in the U.K. An inventor named Henry May invited a small group of friends to a demonstration of his latest invention, a robot named Alpha. The goal was to show that the mechanical man could fire a gun and hit a target. According to the breathless accounts in the press Alpha rose to its feet and fired the weapon—at Henry May, the man who had created him. Okay, so modern accounts indicate that there was probably some sort of accident when May placed the gun in the robot’s metal hand. The inventor was not badly injured. But think about it: this was an accident involving a gun and a robot. What could possibly go wrong????

And then there was the big hit of the 1939 New York World’s Fair, a seven-foot-tall robot named Elektro built by Westinghouse Electric Corporation. Elektro walked around the stage. It talked (thanks to a record player). It smoked cigarettes. Maybe it’s a good thing someone didn’t give Elektro a gun…

So, yes, when the robot in Tightrope murders the inventor on stage in front of a live audience in 1930s Burning Cove, California a lot of people have no trouble believing what they saw with their own eyes. Really, it would have been the perfect crime. 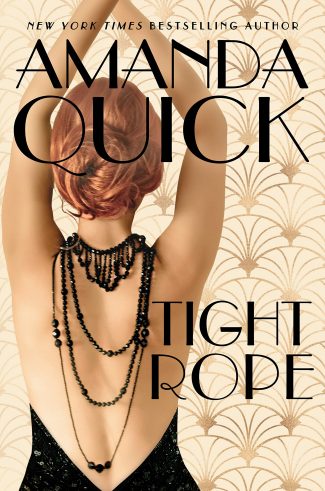 An unconventional woman and a man shrouded in mystery walk a tightrope of desire as they race against a killer to find a top secret invention in this novel from New York Times bestselling author Amanda Quick.

Former trapeze artist Amalie Vaughn moved to Burning Cove to reinvent herself, but things are not going well. After spending her entire inheritance on a mansion with the intention of turning it into a bed-and-breakfast, she learns too late that the villa is said to be cursed. When the first guest, Dr. Norman Pickwell, is murdered by his robot invention during a sold-out demonstration, rumors circulate that the curse is real.

In the chaotic aftermath of the spectacle, Amalie watches as a stranger from the audience disappears behind the curtain. When Matthias Jones reappears, he is slipping a gun into a concealed holster. It looks like the gossip that is swirling around him is true—Matthias evidently does have connections to the criminal underworld.

Matthias is on the trail of a groundbreaking prototype cipher machine. He suspects that Pickwell stole the device and planned to sell it. But now Pickwell is dead and the machine has vanished. When Matthias’s investigation leads him to Amalie’s front door, the attraction between them is intense, but she knows it is also dangerous. Amalie and Matthias must decide if they can trust each other and the passion that binds them, because time is running out.

The detective will see you now. He can read minds, see through walls, and guess your desires from a facial scan. He knows when you’re lying before you do. He never sleeps and his brain’s in the cloud. You have nothing to worry about. In the world of crime and punishment, never has the double-edged… 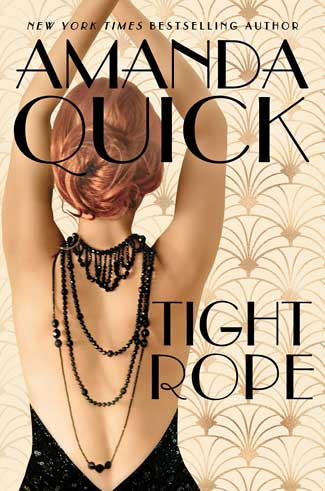 Tightrope by Amanda Quick follows an unconventional woman and a man shrouded in mystery who walk a tightrope of desire as they race against a killer to find a top-secret invention. Amalie Vaughn hears the voice in her nightmares. “Fly for me Princess,” the killer said. “If you fly, I’ll let you live.” He was… The Mystery Woman by Amanda Quick is the second in the Ladies of Lantern Street historical paranormal romantic suspense series (available April 23, 2013). I have been a fan of Amanda Quick aka Jayne Ann Krentz since I read Mystique and backtracked to pick up the books I had missed. Her novels were, for a…