Review: Where All Light Tends to Go by David Joy 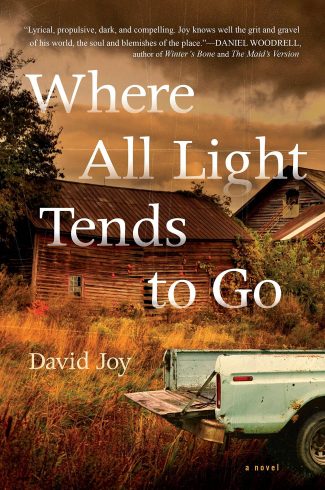 Where All Light Tends to Go

Where All Light Tends to Go by David Joy is a southern coming-of-age thriller, set in the mountains of Cashiers, NC, which follows young Jacob McNeely as he struggles to decide on whether to continue helping his father and his meth business or leave town and build a new life with the girl he loves.

I was a McNeely and, in this part of Appalachia, that meant something. Outlawing was just as much a matter of blood as hair color and height.

Jacob McNeely dropped out of high school at age 16 and went to work for his father selling meth. With a mindset that would make any progressive capitalist proud, he doesn’t look at it as drugs but as sales. He’s an articulate, contemplative hood, with keener insight than one would normally credit—considering the child-rearing skills from his upbringing were a far cry from that of Mike and Carol Brady. His mama and his daddy are divorced, and in addition to daddy being a drug dealer, mama is a through-and-through junkie (normally a grown man sputtering puerile terms of parental endearment would be nauseating, but David Joy makes it work here). When she collapses to the floor, it opens a window to Jacob’s lucid observations:

Her head smacked the laminate tile hard, but it didn’t faze her. She popped up to her knees and scanned the room, her jaw still chewing, and I didn’t say a word. I left her there on the floor like a bad joke, a bad joke that’s really not funny at all, but that a man is forced to chuckle through until the awkwardness fades.

We enter Jacob’s life during some transitional unpleasantness. Two of his father’s thugs, the Cabe brothers, are holding a snitch named Robbie Douglas. Daddy McNeely wants Jacob to come into his own as his right-hand man by interrogating Robbie, finding out to whom he squealed, and then killing their captive. When Robbie isn’t very cooperative, to Jacob’s horror, the impetuous Cabe sibling tosses sulfuric acid in the bound man’s face. Jacob pulls his gun in a display of rank, but like a stooge, he ends up helping to dispose of what’s left of Robbie after another round of acid is splashed on him.

But what’s really eating Jacob is that he’s in love with Maggie Jennings, who he has known since they were kids. His reasoning for their breakup was, “She loved me too much to let me go and I loved her too much to drag her down.” An honorary sentiment, but when Jacob meets up with her at a graduation party, she’s about to snort a line, complimentary from her new boyfriend, Avery Hooper. Jacob begins a merciless beatdown of his successor, stopping just short of deep-sixing the high school senior.

Consumers of crime fiction are living through an epic cultural period, triumphing the underside of “The American Dream,” where the working man and woman worth their salt has been pushed to the border of our humanity and where gun-running for a motorcycle gang that works with drug cartels for protection or selling crank to pay for cancer treatments is presented as fair and judicious life choices. Like any genre, this Grit Lit writing has some extremely good fare—like Frank Bill’s Crimes in Southern Indiana, Daniel Woodrell’s Winter’s Bone, and Garnett Elliott’s Scorched Noir—and then there are a whole lotta tedious selections, where authors seem to think presenting drug dealers and louts that feed on the impoverished is cool, making for good entertainment. Fortunately, Mr. Joy falls into the former category, grasping that “murdering” a human being is a gut-wrenching and life-changing moment for anyone … who’s not a sociopath. Jacob, at one point, bolts to the lavatory when Robbie Douglas creeps up in his thoughts:

Jacob wants to escape his conditions and make a life for himself and Maggie—who still harbors feelings for him—away from the confining grips of their small, penurious town. But Jacob’s father isn’t about to let his son slip the familial bonds so quickly, especially after the sloppy disposal of Robbie Douglas, who reappears in his busted flesh. When it becomes necessary to dispose of the Cabe brothers, Jacob finds himself farther down the Michael Corleone rabbit hole.

A recurring criticism I have of modern novels is the need for padding—filling in with unnecessary passages that serve no purpose to the plot other than to bump up that burgeoning wordcount to Stephen King size (*reread the previous sentence for a fine example of padding). Where All Light Tends to Go doesn’t suffer from this malady, with every thread of storyline coiled snugly together, waiting for the climax that’s assembled with meticulous construction.

Take Jacob’s dreams: Unless it’s one’s own midnight ramblings, retelling a dream can be drudgery for those listening, especially more than one sueño on the same subject. Not here—as a dead Robbie Douglas zombies across Jacob’s lawn, coming nose to nose, we sense the tension, fear, and trepidation building in our protagonist’s conscience. He may be a shit, but he’s scared, and we have anxiety for him.

In an interview with The Huffington Post, Mr. Joy mentions that when a comparison was drawn between his novel and Breaking Bad, Where All Light was said to have the same flavor, only it’d be told from Jesse Pinkman’s point of view—that youthful street smarts, over-seasoned maturity. Which brings me to one nitpick—not a dig, mind you, more of a contemplation—about the introspective voice commonly found in stories of hardscrabble, criminal lifestyles, where young characters share their thoughts in beautiful, stylistic prose. Maybe it’s just me, but this expressive prowess coming from disaffected youth feels unexpected, unless these characters all just happen to be Rimbauds.

That said, as I step down from my diminutive soapbox, make sure you read David Joy. Where All Light Tends to Go has me looking forward to his next novel. 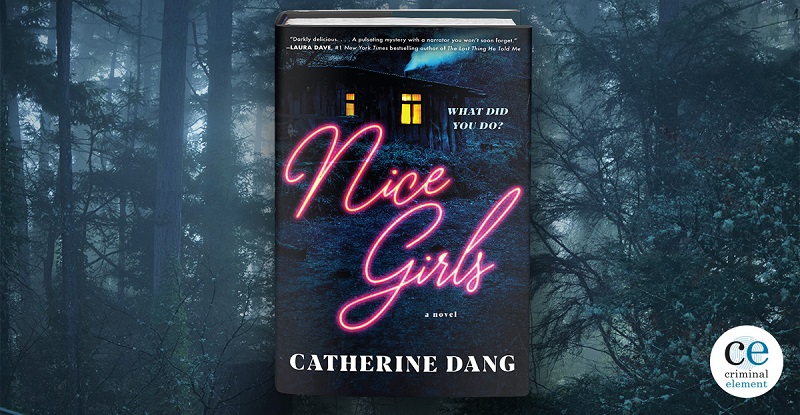 Mary thought that getting accepted to Cornell University would help her blow off the dust of the Minnesota hometown where she’d grown up so miserably. Her local paper even did a feature on “Ivy League Mary,” as she was nicknamed right before she left. Her college acceptance gave her a social cachet that she’d never…