When Science Gets Scary 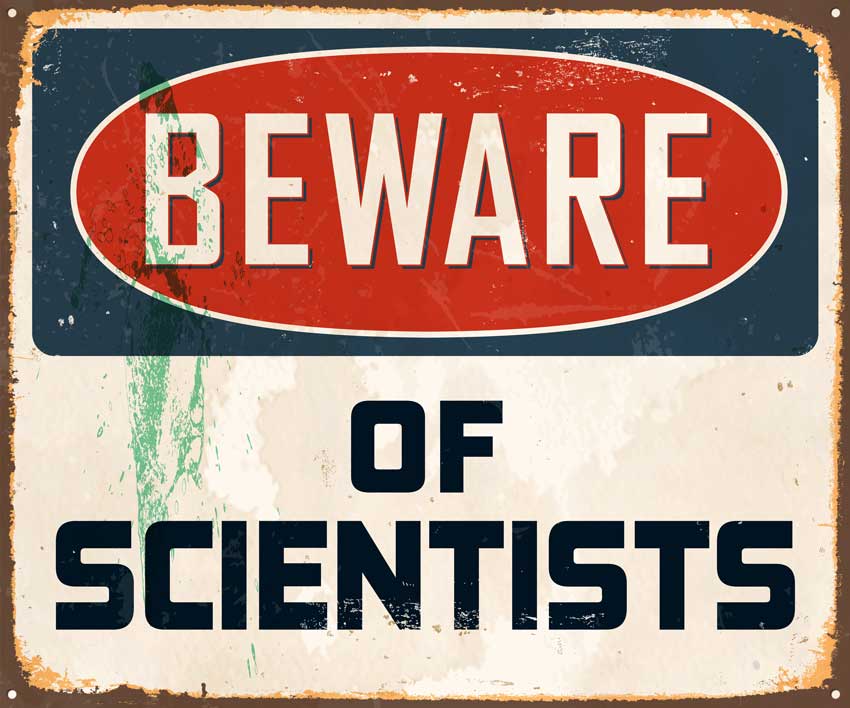 A couple of months ago, the human species passed an ominous milestone that had long been anticipated by thriller writers: the first genetically modified babies were born. What’s more, it happened in exactly the way that many authors (including me) had predicted. A rogue researcher violated a worldwide ban on the genetic redesigning of humans, apparently in a quest for scientific glory.

How did the novelists predict this event, which blindsided so many other experts? It all comes down to curiosity. Anyone who writes technothrillers loves exploring the latest developments in medicine, biology, and engineering. For 10 years, I worked at Scientific American, where I edited articles written by some of the world’s smartest researchers. The subjects of those stories ran the full gamut of science, everything from the dust storms on Mars to the sex lives of orangutans. During my tenure at the magazine, I met hundreds of scientists and enjoyed observing their talents and quirks. That experience came in handy when I started writing science thrillers.

Let’s focus for a moment on genetic engineering. Several years ago, researchers developed a technology called CRISPR that greatly simplified the tricky process of altering the DNA inside a cell. (CRISPR stands for Clustered Regularly Interspaced Short Palindromic Repeats, which is an overly complicated name for a type of genetic sequence.) Thanks to this new technique, genetic engineering no longer requires a team of expert scientists. With just a few hours of training, even a novice graduate student can use CRISPR to modify the genes of rats, rabbits, dogs, and all other mammals.

But any thriller writer can see the obvious downside to this new technology: it can be used by terrorists, authoritarian regimes, and unscrupulous corporations to transform the human race. It offers a tempting opportunity to tinker with DNA to enhance intelligence, physical appearance, and athletic abilities.

We started to slide down this slippery slope late last year. In November, a Chinese researcher named He Jiankui announced that he’d used CRISPR to alter a gene in a pair of human embryos, which were then implanted in their mother’s womb. The purpose of this genetic change was to make the twin girls resistant to H.I.V. infection. (Their dad is an H.I.V. carrier, and he might’ve passed the disease to the mother and babies if he’d fathered the children in the usual way.) But there are other proven methods to prevent H.I.V. carriers from infecting their babies, so it wasn’t medically necessary to use CRISPR. He Jiankui didn’t have permission for the experiment from his university, and after he reported the results to his fellow scientists—who were outraged and appalled—the Chinese authorities placed him under house arrest. 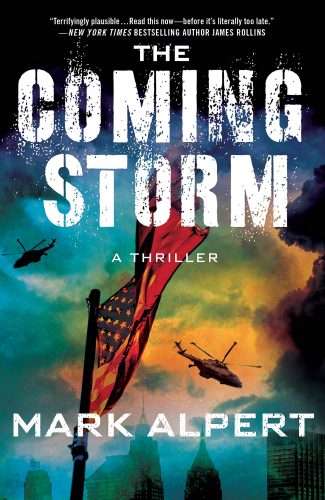 This news didn’t surprise me, though, because I’d already imagined it. My latest science thriller, The Coming Storm, is about the unethical use of CRISPR by rogue scientists working for an erratic U.S. president. The original goal of the experimental program was to find a cure for the president’s neurological disorder—frontotemporal dementia—which is disrupting his behavior and ravaging his brain. Before writing the novel, I learned that this illness is caused by a genetic defect, and therefore it’s a good candidate for the CRISPR treatment. But I also discovered that CRISPR’s gene-altering tools—the molecules that pinpoint and cut the targeted sections of DNA—aren’t entirely reliable. They sometimes make unintended “off-target” changes to the wrong genes, giving rise to cancer and other devastating diseases. So there’s a huge potential for catastrophic consequences, and that’s always a winning formula for a science thriller.

Getting the science right is crucial for this kind of novel, but it’s also important to draw a compelling portrait of the scientists. Thanks to my job at Scientific American, I worked closely with many researchers and got to know them pretty well. You can definitely learn a lot about someone when you’re visiting his or her lab and trying to understand the experiments being performed there. The vast majority of scientists I met were wonderfully imaginative and enthusiastic; they were much more interested in solving scientific puzzles than hogging credit or seeking fame. But I met a few arrogant researchers as well, people who were too impressed with themselves and too convinced of the rightness of their ideas. Some of them seemed eerily similar to the classic villain in a sci-fi film, the mad-scientist character who’s warned again and again that his reckless experiments will lead to disaster and yet goes ahead with the research anyway, out of hubris or greed or sheer perversity.

For the most part, though, scientists are the good guys. They’ve given us wonder drugs, room-cleaning robots, the Green Revolution, the Internet, and marvelous spacecraft that have visited every planet in the solar system. When technological fiascos happen, it’s usually not the scientists’ fault. Much more often, the culprits are the bureaucrats or politicians or corporate executives who either ignored the scientists’ warnings (see climate change) or unwisely focused their efforts on ill-advised projects (see germ warfare, hydraulic fracturing, etc.). The task of a science thriller is to show readers what might happen if scientific tools are used for bad ends.

Mark Alpert is an internationally bestselling author of science thrillers. His first novel, Final Theory, was published in 24 languages and optioned for film. For more information about his latest thriller, The Coming Storm, go to www.markalpert.com.