Walk into any bookstore or library and you’ll find them: the big signs overhead that guide you to “Fiction” and “Nonfiction.” Oh sure, there are signs for subcategories too, like “Mystery” and “Biography.” But let’s just think for a moment about that binary Fiction/Nonfiction divide. Are we really sure where to draw the line?

Here’s a definition some librarians use: “Does a text discuss the factual world or the world of the imagination?”If you’ve been awake the last year, you know the factual world now contains real facts and alternative facts—pseudo-facts masquerading as the real thing. And the way we know they’re ersatz—these “facts”—is when we put one like “biggest inaugural crowd ever” up against reality. Quod erat demonstandum.

But … what if reality is the lie? I’m not talking Sci-Fi here but, rather, PoliSci-Fi.

I’ve been thinking about stories based on political and historical what-ifs. Like: “What if the Germans won World War II?” and “What if Robert E. Lee defeated the Union Army?” Books like Fatherland by Thomas Harris, The Plot Against America by Philip Roth, The Man in the High Castle by Philip K. Dick, and The Southern Victory Series by Harry Turtledove all come to mind.

Authors of alternative history select a moment in time when things might have gone either way, concoct an event that turns the tables on history, and then extrapolate forward down the untaken historical road. Et voilà! Charles Lindbergh or Joe Kennedy (not son Jack) is magically the President. Fun, right?

Now, put yourself in the shoes of one of those characters in a well-written alternative history. Take, for instance, Detective Superintendent Douglas Archer of Scotland Yard in Len Deighton’s terrific 1978 book (and later TV series), SS-GB. Archer lives and works in a United Kingdom that lost the war after the Germans pulled off a successful Operation SeaLion in 1940. Hitler has had his London victory parade, Churchill’s been executed, the King’s in the Tower, and the SS runs Scotland Yard. It’s November, and Archer’s been handed a case that—oops, we almost needed a spoiler alert.

My point is this: We can lower Deighton’s book, look around, catch our breath, and thank our lucky stars none of this happened. We can compare the novel with reality. But Douglas Archer can’t. He’s living in a topsy-turvy world that’s realistic in every detail. From his point of view, SS-GB isn’t fiction. It’s history.

Well, what about our history? What if someone—or a coterie of someones—contrived to make the history we’ve all been living through come out the way it has—the way Deighton made his fictional Nazis win?

In any case, it’s what I like to think about. And write about. Did Edward VIII really abdicate to be with the woman he loved? Or was he ever so subtly pushed off the throne when his pro-German sympathies came to light?

Did Hitler abandon the invasion of Britain solely because Göring’s Luftwaffe couldn’t win the battle for the skies? Or were a few well-placed individuals placing their thumbs on the scales in the Allies’ favor?

Paranoid? Maybe. But just look around at what we’re living through right now. And then you decide: nonfiction or something else?

Read an excerpt from Mitch Silver's latest novel, The Bookworm!

Mitch Silver was born in Brooklyn and grew up on Long Island. He attended Yale (B.A. in History) and Harvard Law School (“I lasted three days. I know the law through Wednesday, but after that…”). He was an advertising writer for several of the big New York agencies, living in Paris for a year with his wife, Ellen Highsmith Silver, while he was European Creative Director on the Colgate-Palmolive account.

A previously published novelist (In Secret Service, S&S/Touchstone), Mitch and his wife Ellen live in Greenwich, Connecticut, and have two children: Sloane is a nurse at Wake Forest Medical Center and Perry is an actor and the drummer for Sky Pony, a band in New York. Mitch also won the American Song Festival Lyric Grand Prize for “Sleeping Single in a Double Bed.” His blood type is O positive, and he always writes his biography in the third person. For more info, please go to mitchsilverauthor.com. 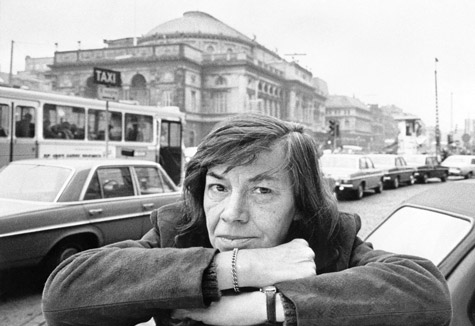 What I Learned from Tom Ripley, Bruno Antony, and Patricia Highsmith

My wife Ellen’s maiden name is Highsmith. And yes, she’s related. Which was the entire flimsy reason that I decided to read each of Aunt Pat’s five Tom Ripley thrillers. That and my love of all things Alfred Hitchcock—especially Strangers on a Train, the movie Hitch made from Patricia Highsmith’s first published novel. If you’ve… 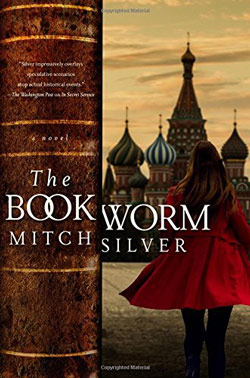 Review: The Bookworm by Mitch Silver

The Bookworm by Mitch Silver takes readers from a secret operation during World War II―with appearances by Noel Coward and Winston Churchill―to present day London and Moscow, where Lara Klimt, “the Bookworm,” must employ all her skills to prevent an international conspiracy. Moscow-based Larissa “Lara” Menelova Klimt (aka “The Bookworm” to her friends) is a…

The Bookworm by Mitch Silver takes readers from a secret operation during World War II―with appearances by Noel Coward and Winston Churchill―to present day London and Moscow, where Lara Klimt, “the Bookworm,” must employ all her skills to prevent an international conspiracy. Why did Hitler chose not to invade England when he had the chance?…