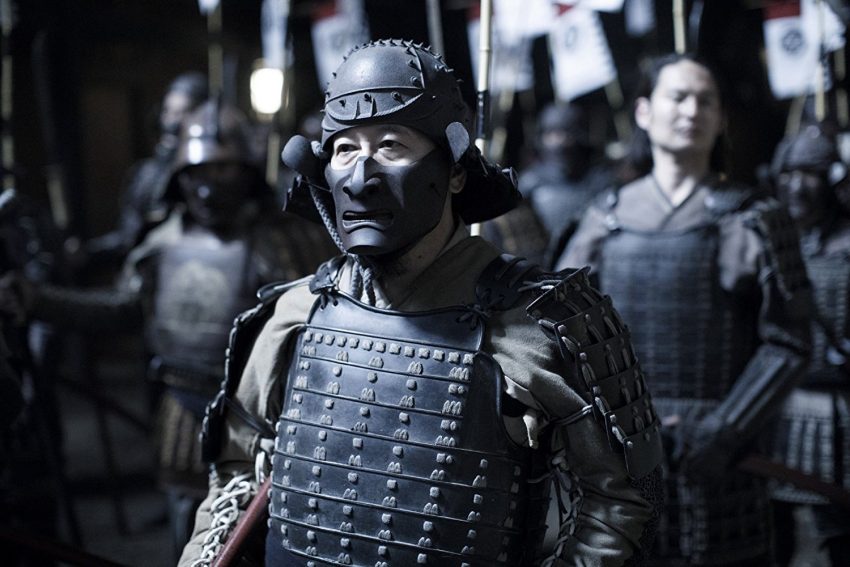 Where have you gone, Toshiro Mifune, when this bland East-meets-West episode turns its eyes to you as Maeve’s (Thandie Newton) story arc crosses over into Shogun World. Hell, your stone-faced Red Sun costar Charles Bronson would be a welcome addition to what felt like “everything but the kitchen sink” of Japanese culture, and for all the potential, it flopped, perhaps becoming the first turkey in the series.

As soon as we are introduced to Akane (Rinko Kikuchi) and Sakura (Kiki Sukezane), we are asked to invest in another “mother-daughter” drama. Sakura is essentially Akane’s adopted daughter, and we are led to the conclusion that their bond is solid. And so, Maeve is understandably empathetic, especially when the Shogun kills Sakura in front of Akane. Unfortunately, the tension is null, and the subsequent execution of the Shogun and his samurais is gruesome, for sure, but lacking any tangible connection.

Amidst all the maneuvering, negotiations, and killing, Maeve finds that her voice commands are no longer effective on the other robots, and without her little hat-trick, she may be doomed, never to find her daughter. Eventually, she comes to discover a newfound ability for telepathy, which must be some sort of wi-fi network link between the hosts. But what makes her commands work sometimes, while some robots are resistant to her “charms”? I get that the Shogun who was leaking cortical fluid and going glitchy—like Bernard (Jeffrey Wright) but without the rationality—had mutilated his underlings’ ears so her bewitching spells couldn’t take a foothold. But what about those Ghost Nation warriors? I’m glad she’s finding a new voice, but this seems almost too easy. 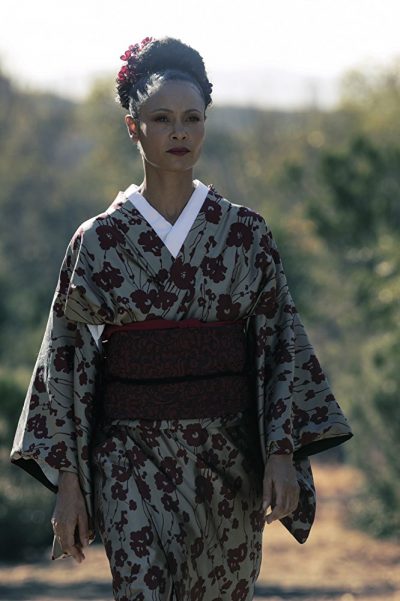 It has previously been brought up as a possibility that Maeve’s daughter is not real but a piece of programmed code, according to Lee (Simon Quarterman) a couple episodes ago. I wouldn’t want to be in Lee’s shoes if this turns out to be Maeve’s truth. Unless, of course, Lee was saying anything that would get his hide out of this fiasco alive. And that is part of Lee’s charm, if you will. He’s a witty opportunist, willing to take whatever side that will most benefit him. And to that end, Lee secretly snatches a radio from a slain commando, likely in hopes of calling in the reinforcements. Side note: Maeve’s group is a bit peeved with Lee when they realize that this “new” Shogun world is made of their counterparts with storylines that are practically plagiarized, but Lee admits he can only write so many scenarios within a few weeks’ time.

With the exception of Bernard popping up with operations head Karl Strand (Gustaf Skarsgård) for the briefest of moments at the beginning—just enough time to note that the robots dredged from the lake have no evidence of ever holding data (wonder if that has to do with the Delos cybernetics project where the androids would function on a more human level than computer code level)—the remainder of the show was devoted to the trajectory of Dolores (Evan Rachel Wood) and Teddy (James Marsden).

We go through a whole bunch of scenes with little payoff, but there are two main takeaways. First, Dolores will not give up on rescuing her father. Now, sidetrack here: I’m beginning to wonder if Dolores’s quest for family is wholly different from Maeve’s mission to find her daughter. I’m not sure that I believe Dolores is feeling overly sentimental ties to Peter. I think she knows his real worth, and she’s going to crack that code inside his head, especially if she wants to succeed in her bigger mission of outside domination. And second, to tie into that line, she finally recognizes that Teddy is not up to the task. He’s a soft-touch, and she needs a dedicated, no-questions-asked executioner—kind of like Maeve has with Hector (Rodrigo Santoro). Dolores tells Teddy a story about cows with the incurable disease bluetongue, asks what he would do, then says she’ll think about his seemingly naïve answer. Well, after some intimate time together, Dolores obviously decides she can’t wait any longer for Teddy to wake the hell up, so she has her handyman technician reset Teddy’s settings in a very harsh way.

I’m hoping Teddy goes 100% unpredictable rogue mode for Dolores, showing Ms. Badass she can’t play God with those around her. Teddy has been handsome android eye candy to date, but I’m detecting the writers are gearing up to give actor Marsden some meaty lines to chew on. Overall—I guess for those of us who are into the show for the cerebral aspects, the ethical and technological musings of a future world—the episode was a letdown. But for those who are watching for the graphic gore and sex scenes, this one may be in the top of the list.

See also: Westworld 2.04: “The Riddle of the Sphinx” Episode Review