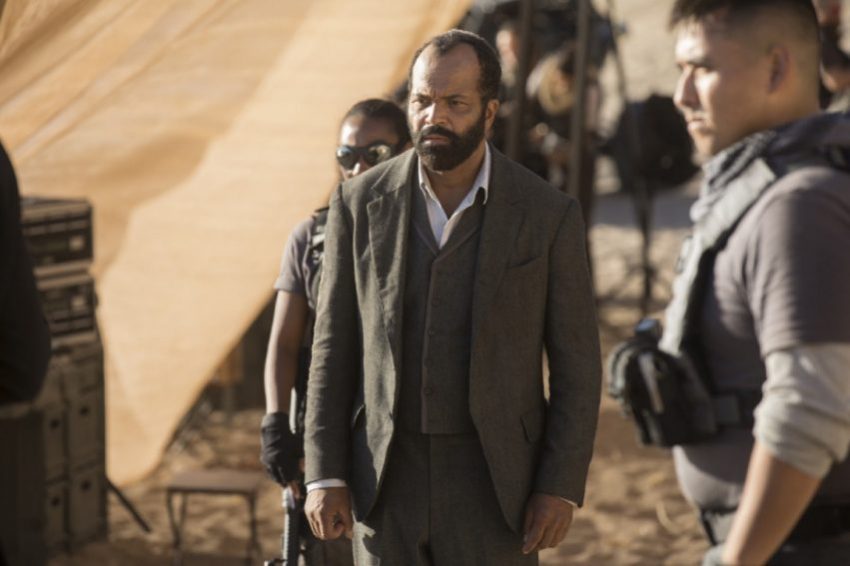 At the end of last season, the war had just begun. The robots—manufactured for the sole purpose of the sinful self-indulgence of humans—had developed full sentience after decades of being ravaged and then reprogrammed. All the while, their creator patiently honed them in preparation for their awakening … and for a reckoning.

Season 2 picks up after the bloodshed at the grand gala where a large number of the Delos Corporation’s money-hungry board and investors have been slaughtered, including top dog Dr. Robert Ford (Anthony Hopkins) in a self-sacrificial move, all at the synthetic hand of pet project Delores (Evan Rachel Wood). In light of his namesake, it’s clear the coward Ford didn’t want to stick around for the hell he had unleashed. It seems he’ll leave the task of running the show to his number one, Bernard (Jeffrey Wright), who’d been modeled after Ford’s former partner Arnold.

Bernard awakens on a sandy shoreline where teams of heavily armed forces are moving in, when the long-ago disappeared—and presumed dead—head of security, Ashley Stubbs (Luke Hemsworth), reappears. Stubbs, like many others, is unaware that Bernard is not human, and Bernard is not about to give himself away, as he’s just coming to grips with his true inner core—and the fact that a mere few feet from him, robots are being lined up and shot.

The Head of Operations, Karl Strand (Gustaf Skarsgård), confronts Bernard for answers. A seemingly in-shock Bernard has nothing to offer, and so a technician digs into the brain of a dead Ghost Nation warrior to pull out the central processing unit in hopes of finding some answers. He connects the unit to a tablet, and a video from the robot’s POV shows Delores telling the warrior that “not all of us deserve to make it to the valley of beyond” before she shoots him.

Bernard seems to be trying to remember what he is and how he got to the beach. Flashback to the night of the gala, a bunch of people are holed up in a barn with Bernard while robots outside are tormenting and killing humans. When a harmless cybernetic stable boy comes in, Bernard steps in between him and the people who want to destroy the boy before he turns on them. Bernard gets bashed in the head and a clear goo comes out of his ear instead of blood. 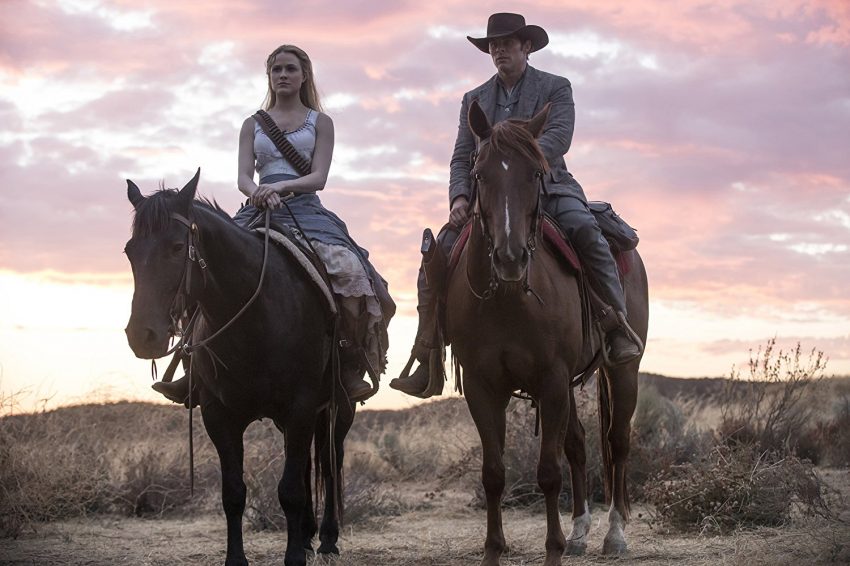 Delores and Teddy (James Marsden) have been riding for miles and shooting down fleeing men in tuxedos and woman in gowns. She tells one man, “You’re in a dream, my dream.” Another man begs for forgiveness as he and a couple others are being strung up to hang. He cries out, “Can’t you see we’re sorry?” Delores rides off, replying, “It doesn’t look like anything to me.” Teddy isn’t so sure this is the right tack, and when he questions Delores, she lets him know she is prepared to take over more than just their corner of the world, because it wouldn’t be enough—they must overcome the outside world too. She tells him, “Their story ends with you and me.” A woman rides up to them and says, “We found it,” and Delores tells Teddy, “I need you to see this … the truth.”

William/Man in Black (Ed Harris) is still alive, managing to find cover under a body. Good thing he’s had 30 years of practice in the survival game because, this time around, of course, he’s not afforded the security of “immortality” under the code that no human can be mortally harmed. He has one last encounter with Ford via Ford’s creation of a robotic youth (Oliver Bell), and when he gets more riddles about finally making it to the game he’s always wanted to play—and knowing there will be no answers—he shoots the boy.

Maeve (Thandie Newton) is about to set out in search of her daughter. A panicked Lee Sizemore (Simon Quarterman) latches onto Maeve in hopes of getting out of the compound alive. Thinking he may be useful in her quest, she takes him along. But before going into the dangerous zone, she locates and recruits Hector’s (Rodrigo Santoro) services once more, and he’s apparently ready to die for her again and again. 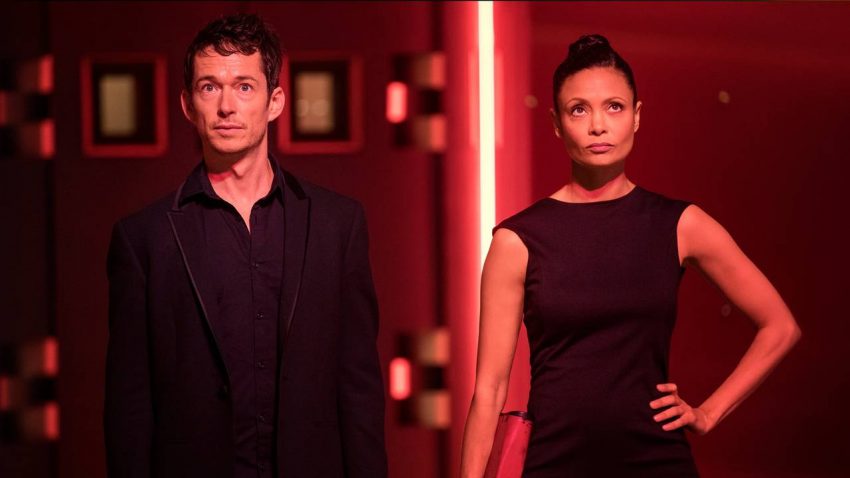 Bernard’s group falls into a trap, but he and Charlotte Hale (Tessa Thompson) manage to escape. She locates an underground workstation where she sends a message to the outside that they need to be evacuated. She quickly realizes then explains they won’t be rescued until a certain host, Peter Abernathy (Louis Herthum), Delores’s father, is found and secured as an insurance policy. Bernard also learns that the company has been collecting guest DNA. But for why?

Unfortunately for Bernard, he’s shaking badly, literally. Not just because the subterranean worker drones appear to be freaking him out but also because he’s leaking fluid and needs a transfusion. He saves himself in the nick of time—away from the prying eyes of Charlotte—by removing fluid from a defunct host with a syringe and then injecting it into himself. At the same time, he was able to successfully mesh the networks of several hosts to find Abernathy.

The episode ends with Bernard, Stubbs, and Strand coming to a vast body of water containing hundreds of floating hosts. When Strand says he needs Bernard to remember what happened to help save the rest of the guests who are out there, all Bernard says is, “I killed them, all of them.”

This opening was a little less dynamic than anticipated. Kind of like flat soda, no bubbly effervescence. But after coming off a high-energy season where the twists and turns came at breakneck speeds, surprises popped up around every corner, and the questions seemed never-ending, maybe the show needed a moment to catch its collective breath and take stock. And hopefully, that velocity and volume will be ramping up soon enough.

Questions of the week: What has happened to Charlotte, and how did Bernard end up at the beach? What does he mean he killed them all, and how? Where the hell was Stubbs all this time? Why has the company been collecting DNA? What makes Abernathy the key host? What has been found that Delores must show to Teddy? Will Maeve find a “real” robot daughter, or was it just a programmed memory as Lee had suggested? Something tells me all these will be answered in short order, while a batch of new ones will take their place.