In Kwei Quartey’s Wife of the Gods, Ghanaian police inspector Darko Dawson observes a village ceremony: “As Dawson watched and listened, he saw in action the Ewe people’s long-held fame for the drumming tradition . . . unmatched by anything [he] had seen before.”

I’ve seen the Ewe people’s drumming tradition in action too.  In fact I’ve taken part in it.  Several years ago I spent a week at the Dagbe Cultural Center in Kopeiya, Ghana, studying drumming.  A year later I returned to Ghana with my husband to explore the country further.  Reading Wife of the Gods was like reimmersing myself in the fascinating culture of this small West African country.

Kwei Quartey is of Ghanaian heritage himself.  His Ghanaian father and African-American mother met at Columbia University and both later became lecturers at the University of Ghana near Accra, the capital.  Quartey was raised there, though he now practices medicine in California.

Wife of the Gods is his first mystery novel.  It sends his sleuth Darko Dawson into the countryside to investigate the murder of Gladys Mensah, a young medical student who has been working in AIDS prevention.  The book’s title refers to a custom in which to atone for an evil committed by a family member, a young woman is offered to the gods by marrying her to a village priest. A review of Wife of the Gods on Amazon complains that the details of African life and customs weigh down the plot to the point that the reviewer abandoned the book.  I love mysteries set in other cultures, and I had particular reason to be interested in this one because of my own trips to Ghana.  But—initially at least—things moved slowly, indeed.

Yet scarcely a page went by that didn’t contain a reference to something I remembered with delight.  Descriptions of meals brought to mind the enjoyment with which my husband and I devoured spicy stews garnished with palm oil and washed down with Star beer—as well as the skepticism with which we confronted fufu, a staple dish made from mashed plantains.

The fact that Dawson prefers a motorbike to a car in Accra because of the traffic reminded me of the day we returned from Kumasi by bus.  Our bus took two slow-moving hours to get from the outskirts of Accra to the station.

Dawson seems as amused as we were by the fusion of religion and commerce on signs sported by shops like the God Is Great Hair Clinic and Nothing But Prayer Electrical Goods.

Wife of the Gods plays up the contrast between urban and rural Ghana, a contrast more extreme in most African countries than in our world.  Accra is a bustling city with areas as modern as one might find anywhere.  The six-lane Kwame Nkrumah Highway transports one to the countryside.  But it shrinks to two lanes as it cuts through lush green fields and forests that offer glimpses of mud huts clustered into villages.  It was in one of these villages that I spent my week studying drumming and it is in just such a village that Dawson sets about unraveling the mystery of Gladys Mensah’s murder.

He arrives with bottles of gin and schnapps, knowing that the gods welcome libations, as does the village priest he seeks to interview.  When I arrived in Kopeiya, my drumming studies began with a ritual in which schnapps was spilled on the ground as an offering to the gods.  (Participants had a few swallows too.)

In the village, Dawson eats meals cooked out of doors on wood fires, as I did.  The only light comes from kerosene lanterns, and water is fetched by hand.  He speaks Ewe and this aids him in solving the crime.  Many Ghanaians, especially younger ones, speak English, but some still speak only the language of their particular tribe, of which there are many.

Witchcraft coexists amiably with Christianity, and it underpins one of the plot lines in Wife of the Gods.  One of the three brothers who managed the Dagbe Cultural Center, where I studied drumming, handled the Center’s dealings with the outside world by visiting an internet café in a neighboring town.  He told me that email was a wonderful tool but confided that in his view the real explanation of how it worked was that, as he put it, “it is a witch.”

In Quartey’s acknowledgments he thanks his agent for seeing promise in his “roughly hewn” first version and his editor for helping him shape its published form.  Indeed, half-way through  things pick up to the point that I stayed up past my bedtime to finish Wife of the Gods—high praise indeed for a mystery writer.

Whether the credit goes to Quartey or to his editor, whom he credits with “an amazing grasp of character and story,” the final result hews to the classic form of the traditional mystery.  We have multiple suspects and puzzling clues.  One clue involves an ensemble fashioned from cloth featuring Adinkra symbols, a distinctive Ghanaian decorative motif, and another involves tro-tros, the crowded minivans that most Ghanaians depend on for their transportation.  Quartey skillfully deploys that staple of the mystery genre: the hidden-in-plain-sight clue—two of them in fact—whose significance is only recognized at the last minute.

We also have a protagonist with enough back story to provide fodder for many sequels.  Will his son Hosiah be cured of the hole in his heart that Quartey can’t afford to fix and Ghana’s National Health plan won’t cover?  Will his meddling mother-in-law continue to war with him for her grandson’s affections?  Will his hot temper and his fondness for marijuana lead to career difficulties?

Quartey is not the first writer to set a mystery in Africa.  But to date the majority have set their books in the south.  Botswana has Alexander McCall Smith, of course, as well as two other mystery series.  South Africa has James McClure’s Kramer and Zondi mysteries, and numerous others.  Tamar Myers has moved things further north with two mysteries set in the Congo.  But Quartey is the first to stake out a West African country as his territory—and his own Ghanaian heritage gives a richness and authority to his portrayal of that world.

You can follow inspector Dawson’s further adventures in July’s Children of the Street.

Photos provided by the author.

Peggy Ehrhart is the author of the Maxx Maxwell mysteries, featuring blues-singer sleuth Elizabeth “Maxx” Maxwell. The first Maxx Maxwell mystery, Sweet Man Is Gone, is now available on Kindle and in other ebook formats. Visit Peggy on the web at www.PeggyEhrhart.com. 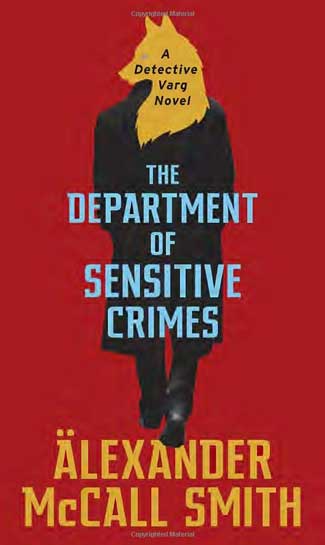