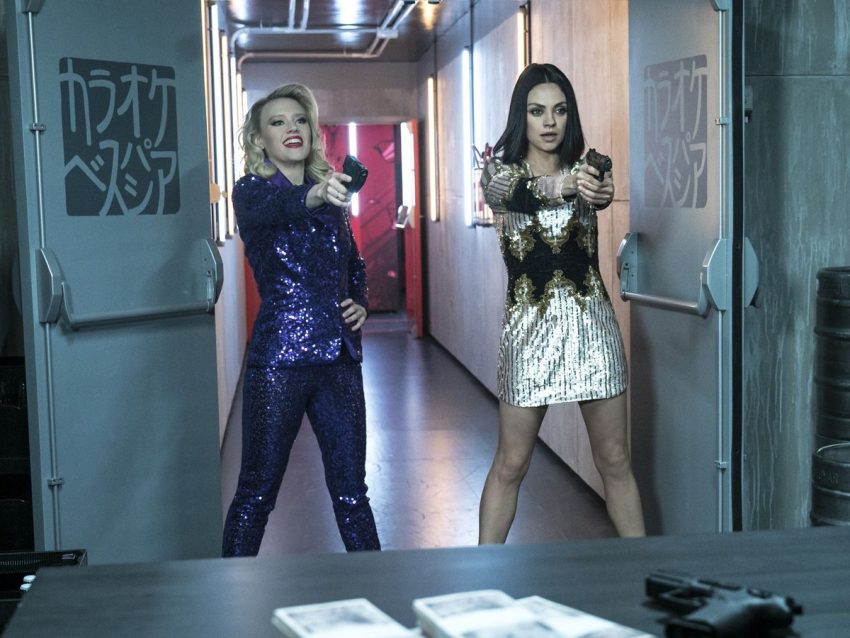 A team of Mila Kunis and Kate McKinnon doesn’t usually conjure up images of international spies on the run from deadly assassins. But on August 3rd, the two leading ladies will dive deep into the world of espionage in The Spy Who Dumped Me.

Audrey (Kunis) and Morgan (McKinnon), two thirty-year-old best friends in Los Angeles, are thrust unexpectedly into an international conspiracy when Audrey’s ex-boyfriend shows up at their apartment with a team of deadly assassins on his trail. Surprising even themselves, the duo jump into action, on the run throughout Europe from assassins and a suspicious-but-charming British agent, as they hatch a plan to save the world.

An obvious parody of the James Bond film The Spy Who Loved Me, The Spy Who Dumped Me is directed by Susanna Fogel. In addition to Kunis (Forgetting Sarah Marshall, Bad Moms) and McKinnon (Saturday Night Live), the film also stars Sam Heughan (Outlander), Justin Theroux (The Leftovers), Gillian Anderson (The X-Files), Hasan Minhaj (The Daily Show), and Ivanna Sakhno (Pacific Rim: Uprising).

Ever wondered what a car chase in an Uber would look like? Check out the official clip from The Spy Who Dumped Me below!