Unsane: What Steven Soderbergh’s Latest Means for the Future of Film 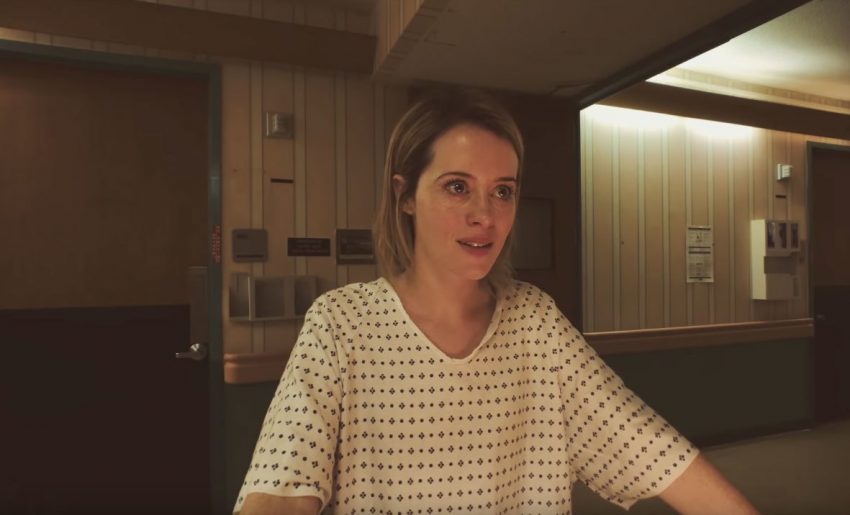 Unsane is a movie about a woman being held against her will in a mental institution. That’s pretty much it—the best way to describe it. It’s not an arthouse release, a high-brow picture, or even considerably experimental (at least in terms of narrative arc). It’s an occasionally schlocky thriller with a screenplay that feels like a cut-and-paste job on already established stalker dramas and institution-set horror films that unabashedly takes the easy way out for justifying its abundance of plot holes (“It could all be in her head!”). That said, while watching Unsane, it’s hard to shake the feeling that there’s something rather nascent about the experience, and that rests solely in how the movie was shot.

As you might have heard, Unsane was entirely shot on the iPhone 7 Plus. It’s a tactic that draws its share of criticism, understandably from those that feel real cinema is becoming more and more difficult to come across in the digital age. Smartphones definitely weren’t created with the capabilities to make narrative features in mind, and their dynamic qualities have immediate limits (the ratio is about 1.56:1 as opposed to the 1.85:1 or 2.35:1 ratios that virtually all contemporary movies use). What cannot be debated, however, is how economical the procedure is. Shot on a measly budget of $1.5 million, Unsane has nearly recovered its budget tenfold at the box office.

Due to its economic advantages, Soderbergh has been encouraging fledgling filmmakers to follow suit: “Shoot movies with your iPhone; there are no excuses.” Granted, Soderbergh has basically made a career out of making films happen despite studio restrictions, such as seeking foreign distributors for his 250-minute, Spanish-language Che Guevara biopic, Che, or financing Logan Lucky by selling the TV and streaming rights before its release. Unsane is just the latest example of Soderbergh getting a film made the way he wanted while also being cost-effective. Soderbergh also said that he was so satisfied with the experience, he now plans to shoot films exclusively on smartphones.

It’s entirely logical, as Unsane is undoubtedly a better film because of the way it was shot. The film has an intimate and, at times, claustrophobic feel to it, and the iPhone is really able to capture the starkness of situations. This is perhaps best realized in a climactic scene that sees the film’s protagonist and antagonist in a padded room engaged in a heated dialogue. In the scene, Soderbergh chooses to have the camera circle the two characters, often with unpredictable rotations. It captures a sense of fragmented tension that would be difficult to depict using a regular camera. It’s easily one of Unsane’s most memorable moments.

Also, there is a thematic connection to the films iPhone derived aesthetic. As explained previously, the film is trying to convey that its hero (Claire Foy, in a committed performance that also transcends the movie’s more campy material) is an unreliable narrator. Soderbergh demonstrates this with more aptitude than the screenplay by incorporating shots that express duality, including a tightly edited sequence that cross-cuts two different shots of Foy’s face against each other. Also, despite the film’s adherence to contemporary technology, there’s something about the movie that feels so retro-fitted. Unsane often uses its setting in a mental institution to act as a metaphor for America itself—not unlike Sam Fuller’s brilliant Shock Corridor—and the film’s more compact ratio recalls the Academy standard for Hollywood films of the classical era. Soderbergh has continuously shown that he is a disciple of Alfred Hitchcock (as many contemporary genre-helmers tend to be), and Unsane parallels Side Effects as the apex of his dedication to the filmmaker.

Unsane isn’t the first film to be shot entirely on iPhone. Sean Baker previously did it in Tangerine—a high-spirited romp through L.A.’s grimy underbelly—which allowed for an experience that felt unique yet palpable. Unsane doesn’t match the artistic heights of Tangerine, but it does show how the presentation can yield fun and accessible genre films on a shoestring budget that offer an opportunity for unique filmmaking and enjoyable thrills. We’ll see if the public catches on, but for those that have been struggling to find a way into the film industry, Unsane is a shining example of ingenuity and affordability.