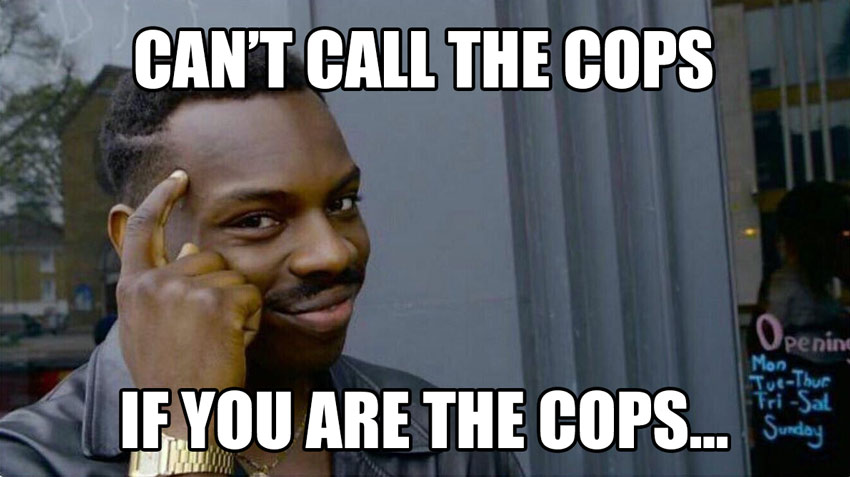 What do you call it when a uniformed police officer steals from a Walmart? Coplifting.

According to 7 News WSVN, Deputy Henry Guzman of the Broward County Sheriff’s Department in Lauderdale Lakes, Florida, was arrested for stealing upwards of $200 worth of DVDs and Star Wars action figures from a local Walmart over the course of three days—in full uniform. A 13-year veteran of the department, Guzman was investigated by BSO’s internal affairs before being taken into custody and charged with three counts of misdemeanor petty theft.