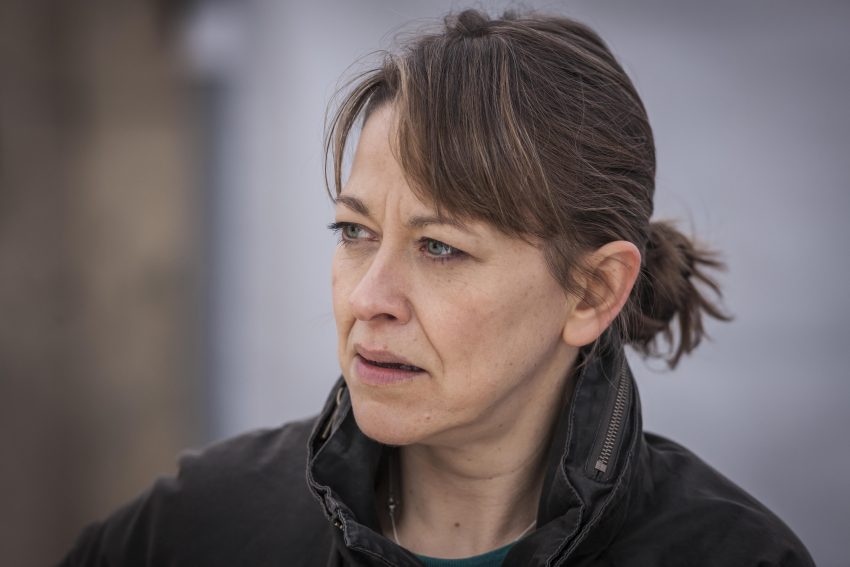 Happy-go-lucky teenager Jimmy Sullivan is the unlikely linchpin that links a cast of disparate characters in Unforgotten on Masterpiece Mystery. As the investigation into Jimmy’s murder continues, each new development threatens to destroy the lives of those involved.

Start with Lizzie Wilton (Ruth Sheen), or Beth Laws as she once was known. Her life isn’t picture perfect, but it’s happy enough—certainly happier than what it was before she met her husband Ray (Brian Bovell). Yet a pluck at a loose thread will unravel it all, and DCI Cassie Stuart (Nicola Walker) has started plucking.

Clergyman Robert Greaves (Bernard Hill) has been wearing a cheerful face since we met him. We know it’s all for show. He’s fiddling the books and making mysterious phone calls, behaving so furtively we’re not too surprised when his daughter opts not to have him officiate at her wedding.

Retired accountant Eric Slater (Tom Courtenay) also seems to be a chipper sort of fellow. Then again, the way he treats his fragile, addled wife (Gemma Jones) gives us reason to doubt. He’s a cauldron of rage. His family knows it, and now we do too.

Can things get worse? You bet they can. Episode 2 of writer/creator Chris Lang’s series reveals some genuine evil buried deeper than poor Jimmy Sullivan in that hostel basement 39 years ago.

If Episode 1 felt a bit like a dash to lay out the circumstances of the crime, Episode 2 reminds us to pace ourselves. As Cassie, Sunny, and their team peel away the layers, details come into focus and key players emerge. One is Jimmy’s girlfriend, played by Caroline O’Neill (Win Thursday from Endeavour).

A recurring motif emerges as well: the question of redemption.

Is it inevitable that your entire life be scarred by your past misdeeds? Do those indiscretions or crimes define you forever? Is it possible to recognize the error of your ways, go forth in good faith, and never talk about the bad stuff again?

And how reasonable is it to imagine you can clean your proverbial slate when there’s tangible evidence of your crimes and misdemeanors and people who aren’t afraid to use it against you? The past is never really buried, is it? Like the remains of Jimmy Sullivan, things turn up when you least expect them.

Through their thoughts and actions, the characters represent all points of view on the subject. Do we forgive? Do we forget? Do circumstances and motivation affect the way we judge others’ behavior? Do we or should we judge behavior of the past based on the moral standards of today?

Well-trodden ground this may be, but the questions linger because they have no definitive answer.

Even Cassie’s father (Peter Egan) takes a turn revisiting sins of the past, showing her a shoebox full of letters that reveals her mother’s infidelity, as if there were something to be done about it today.

The only one with even a glimmer of hope for the future is Curtis (Ade Oyefeso), the teenage soccer player preparing for his exams and a life beyond the bleak environment he knows. Maybe he’s a bit like Jimmy Sullivan was back in the 1970s. If he’s lucky, his life will take a happier course. But, so far, no one seems to be too lucky in Unforgotten.